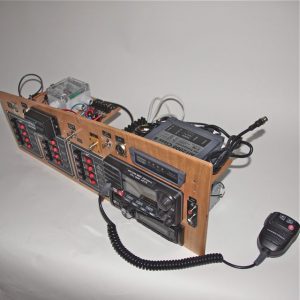 This page lists the equipment I fitted or had fitted in Seatern in addition to the standard Swallow Boats fit. In general it describes the state at mid to end 2014 although some notes on updates have been added since. See my “First Year Assessment” for comments on how well the equipment performed.

Major considerations in the initial equipment choice were:

Important Note: the following is simply what I have chosen, not a recommendation. For most of the items I’ve provided a comment on my reasoning and my (very limited) experience to date (about mid 2014). I’m sure that in some cases something better exists, however at present I’m reasonably happy with most of what I have chosen. Much of the gear was bought as one purchase in summer 2013 in order to negotiate a discount, so it represents what was available then.

Ballast pump: Initially: Whale Gulper 220 which proved unsatisfactory and I swapped to a Rule submersible bilge pump lowered through the hatch. Now: a Johnson Ballast Pump for both filling and emptying.

Seatern Diaries > 2014 > About Seatern > 2014 – Initial Equipment Fit
Because we use Google Maps and other services, using our site may place cookies on your computer. If you continue to use this site we will assume that you are happy with it.Ok