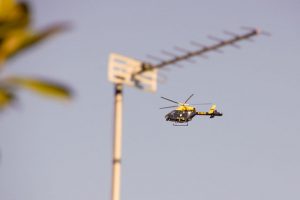 Most days this month it has been windy and even when fit to sail it’s felt cold and bitter; Seatern has remained at the jetty! Today for a change it was sunny and calm. I got all the cushions out of Seatern and aired them while I vacuumed up all the dust. Despite the fact I’ve been sleeping on the boat very often, everything seemed dry which shows the value of having the mains powered dehumidifier going while moored at the jetty. 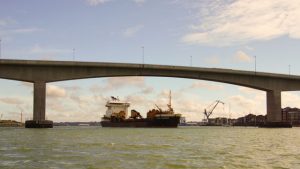 mode” and hovered some time more or less overhead. Usually it means someone has jumped off the Itchen Bridge. At 23m air draft it’s not a certain death, but very likely. Apparently a bar maid from the Richmond Arms has gone missing; lets hope she is safe on land somewhere. [sadly I later learnt that she was found on the common having committed suicide]

Seatern Diaries > 2015 > Diary Entry > 17th Feb: Spring Cleaning!
Because we use Google Maps and other services, using our site may place cookies on your computer. If you continue to use this site we will assume that you are happy with it.Ok