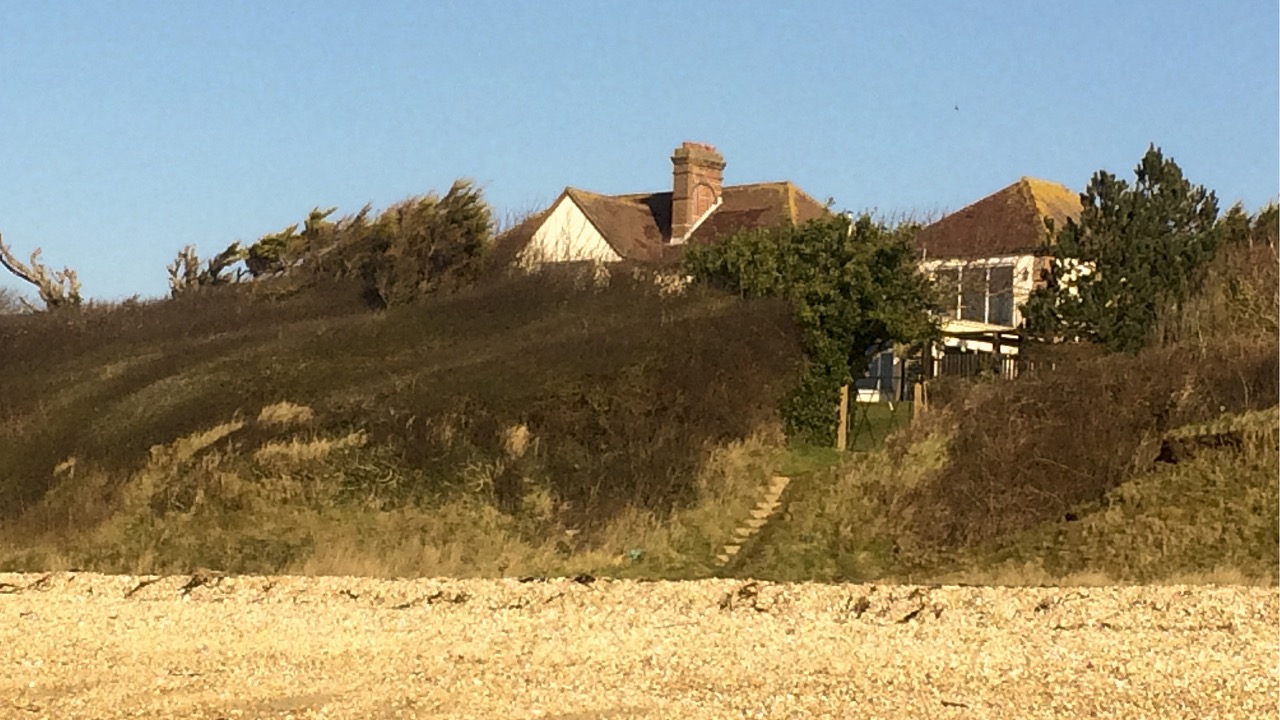 Although the day started out with sub zero temperatures, for once this winter a short lived pressure ridge and sunshine was forecast so I decided to drive to Lee-on-Solent and walk northwest along the beach. Having passed Hill Head and Titchfield Haven the beach is fringed by low cliffs which extend beyond the Solent Breezes caravan park and onwards to Warsash. My aim was to walk to the “House (Red Roof)” or “House (conspic)”, depending on which chart you look at, which we can see from Calshot Tower some 1.65 nm ENE across Calshot Reach. 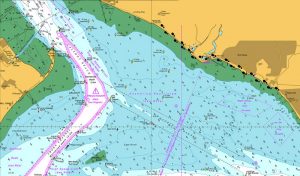 I’m always surprised how small Calshot Tower looks when viewed from across Southampton Water. It is dwarfed by the, soon to be demolished(?), Fawley Power Station with its 650 foot high chimney. Nearing the House (Red Roof) I was also surprised to see flocks of Brent geese along the tide line. I get the impression that these over-night on Calshot marshes and had assumed that during the day they disperse to farmland to eat grass. However, apparently they are a fairly marine species which eat eel grass and other sea weed. Be that as it may, it was not long before they took off and headed inland in disorderly skeins.

I turned back at the House (Red Roof) and rather than stay on the beach, used the muddy cliff top path which forms part of the Solent Way.
That brought me out at the inshore side of the Hill Head Beach Chalets where I was amused by the finger post indicating a footpath to the Isle of Wight (provided you can walk on water). The health benefits of the walk were probably negated by a toasted tea cake at the Titchfield Haven tea rooms, and lunch was a bacon roll from the “Shack” in Lee-on-Solent where I’d parked the car. 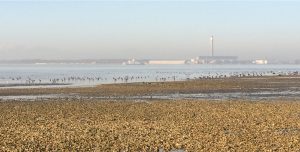 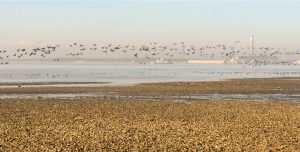 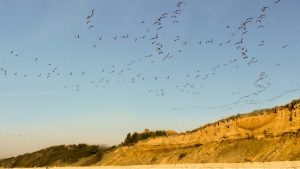 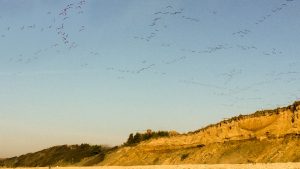 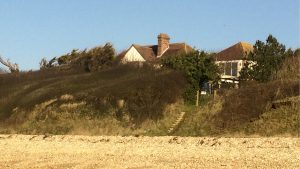 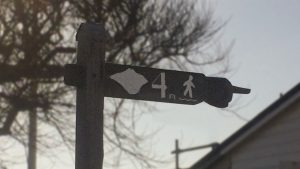 Seatern Diaries > 2016 > Diary Entry > 16th Feb: Walk to House (Red Roof)
Because we use Google Maps and other services, using our site may place cookies on your computer. If you continue to use this site we will assume that you are happy with it.Ok