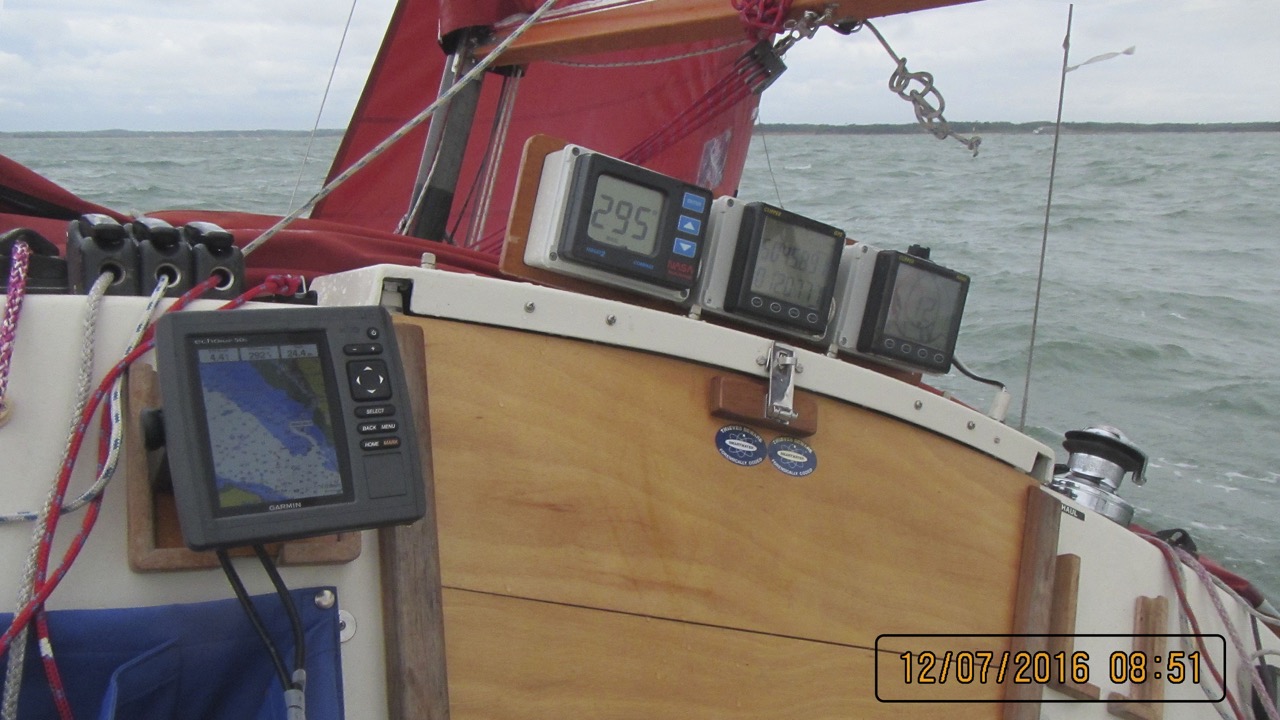 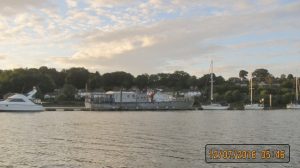 Off at 0530. A largish motor launch at Kemps pontoon turns out to be the Fairmile ex. Brixham to Torquay ferry. Raised the sails after the Itchen Bridge and started sailing along Weston Shore. However the wind died again and, after having breakfast, I started to prepare the asymmetric. Then the wind started to fill so I repacked the asymm and near the BP jetty I furled the mizzen. 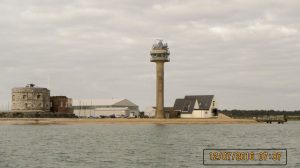 In the light wind Seatern had been holding her own with a larger cruising boat sailing out of the western docks region. Now, with cruising chute set, the latter was creaming up astern. Not wanting to be forced too far to leeward I squeezed up to windward and crossed the channel ahead of an outbound Red Funnel ferry. This put me in the wind shadow of a tanker at the Esso Jetties for a short time, however I still ended up well upwind and ahead of the larger yacht. 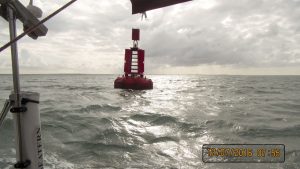 Once past Calshot and hardening on the wind, Seatern was well heeled and on the first tack to avoid the channel I put in a reef. This seemed to take ages – everything seemed to get tangled. What’s more, after tacking again it was clear I should have put in two reefs – which I did on the next port tack.

I now did a long tack towards Gurnard to pick up the strongest ebb tide. However the wind over tide was putting up some disturbed water and, afraid a wave would jump aboard, I decided to close the companionway. First, I went below to get bring a drink from the fridge. Having depowered the main, Seatern’s motion was even more chaotic and once back in the cockpit I found myself burping and retching. Something of a surprise since I haven’t been properly seasick since 1978! Still, I wasn’t incapacitated but I did wish I’d brought my lunch out from the cabin since some food would have settled my stomach. 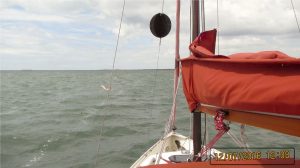 After a long tack towards Beaulieu River and then back towards Newtown Creek I was beginning to worry about the heavy rain approaching from the west. Seatern was fine with two reefs but more wind would have been uncomfortable. I decided to drop the main, unfurl the mizzen, and sail on mizzen and jib. While doing so I was taken back eastward showing that the flood had now set in. After a further tack towards the mainland it was clear that I’d make little progress against the strengthening tide so I furled the jib and motored westward before deciding to drop anchor for lunch.

It took a bit of time to find a space between the fishing floats but I was glad I did since the first time the anchor dragged and I had to lengthen the rode. In fact the current plus wind was so strong that pulling the anchor up after lunch was a healthy bit of exercise. Still suspicious of the weather I sailed the beam reach back under jib and mizzen and, with the flood now set in, Seatern was doing 6 kts plus over the ground. Dark rain showers were all around, then nearing Calshot spit the wind first headed me and then dropped altogether! After drifting a little while I wondered about hoisting the main – but yachts in the distance were heeled! In the end I furled the jib and started Dai (first pull!) just before a torrential down pour commenced – not quite tropical in intensity but not far off. 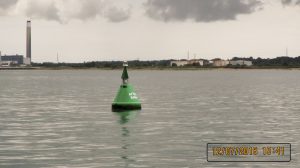 I motored up Southampton Water and it stayed calm until I was approaching Weston Shelf when the forecast northwesterly began to set in. Back at the jetty at 1703 [about 38nm].

Seatern Diaries > 2016 > July-Aug: "Stop/start Summer" > 12th July: Pitts Deep once again
Because we use Google Maps and other services, using our site may place cookies on your computer. If you continue to use this site we will assume that you are happy with it.Ok