Lunch Breaks during the Raid 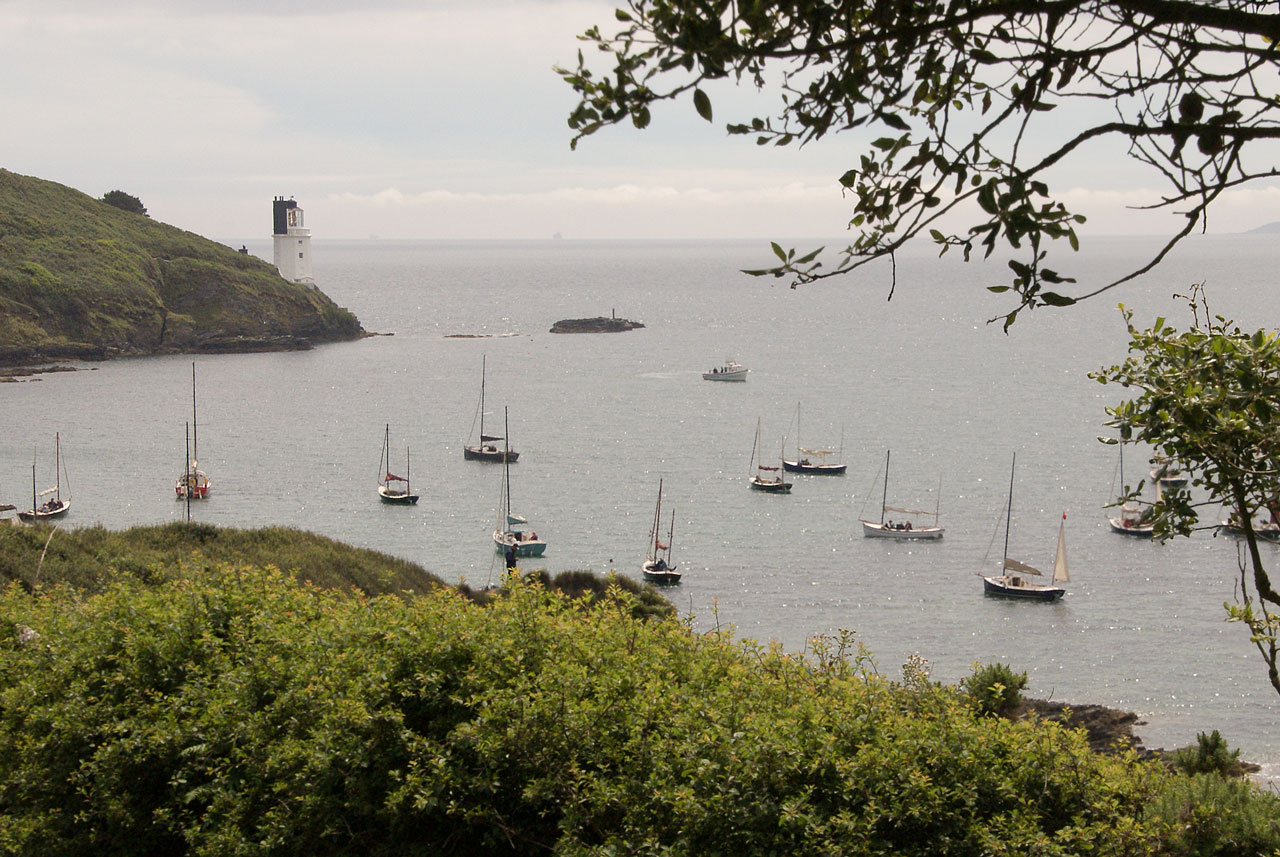 On Monday (3rd June) there were both Sandwiches and Cream Teas laid out for us at the Pandora Inn. Given the size of the freshly baked Pandora Scones, I for one ignored the sandwiches! 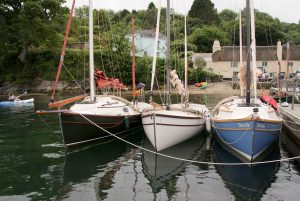 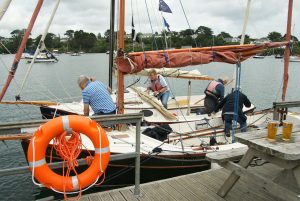 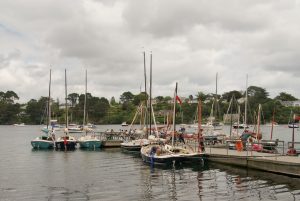 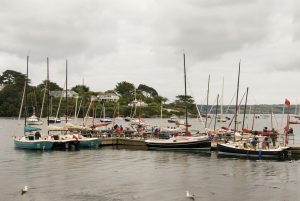 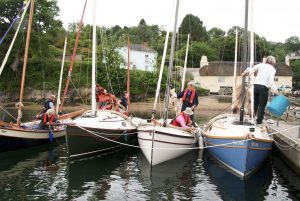 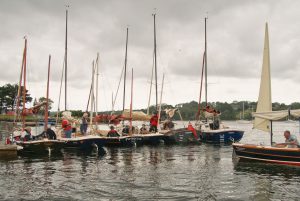 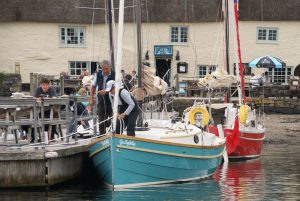 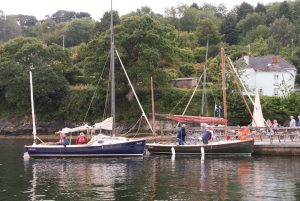 Since I was sailing on the Tuesday (4th June) the only photos I have are from the lunch break at a beach near Great Molunan on the St Anthony headland. The beach was fairly small and already occupied by some kayakers so most of the Raid participants anchored off and had lunch on board. 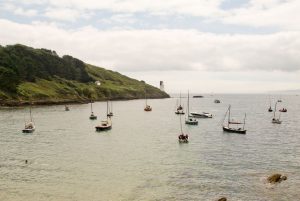 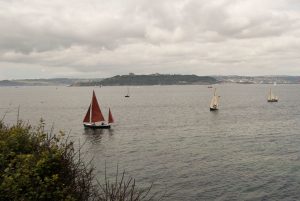 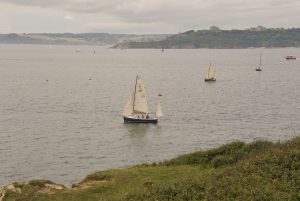 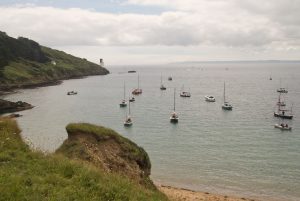 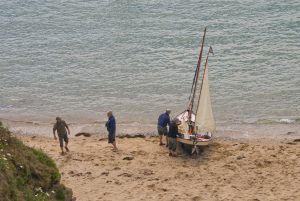 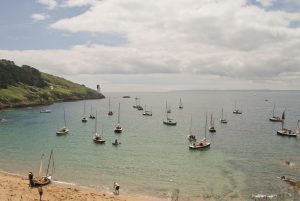 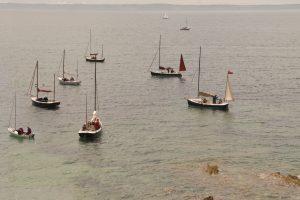 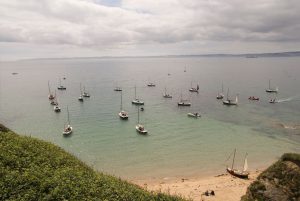 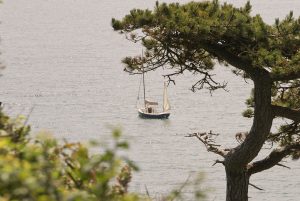 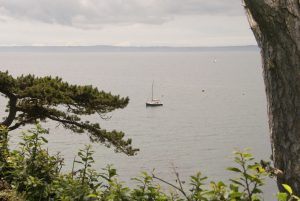 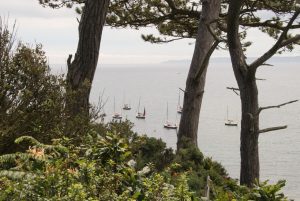 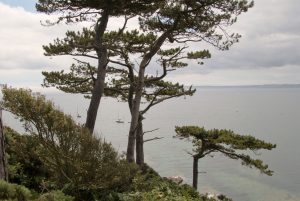 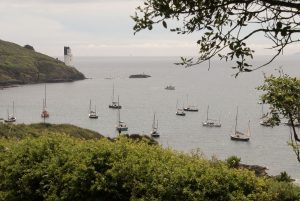 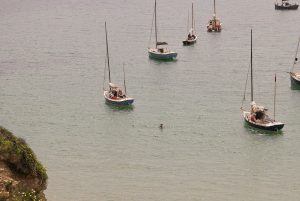 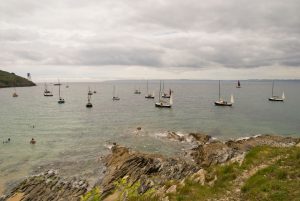 On Wednesday (5th June) the morning race was purposely long so the tide would be high enough to enter St Just Creek and have lunch near Pasco’s Boatyard. Since the 2016 Raid I attended a meeting at the Met Office on “Weather and Sailing” and the Boatyard proprietor told how, soon after taking over the yard, much of the quay was washed away by a storm. The present Quay is therefore relatively new! 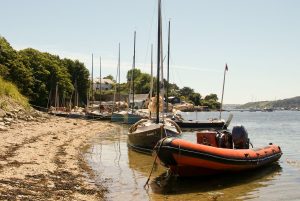 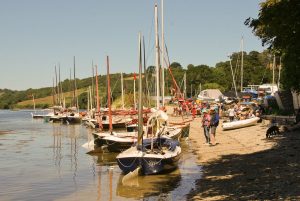 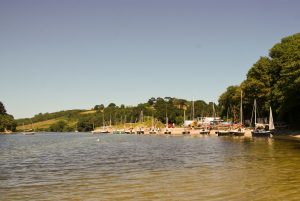 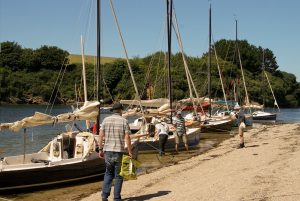 Seatern Diaries > 2017 > Images of the 2017 Raid > Lunch Breaks during the Raid
Because we use Google Maps and other services, using our site may place cookies on your computer. If you continue to use this site we will assume that you are happy with it.Ok