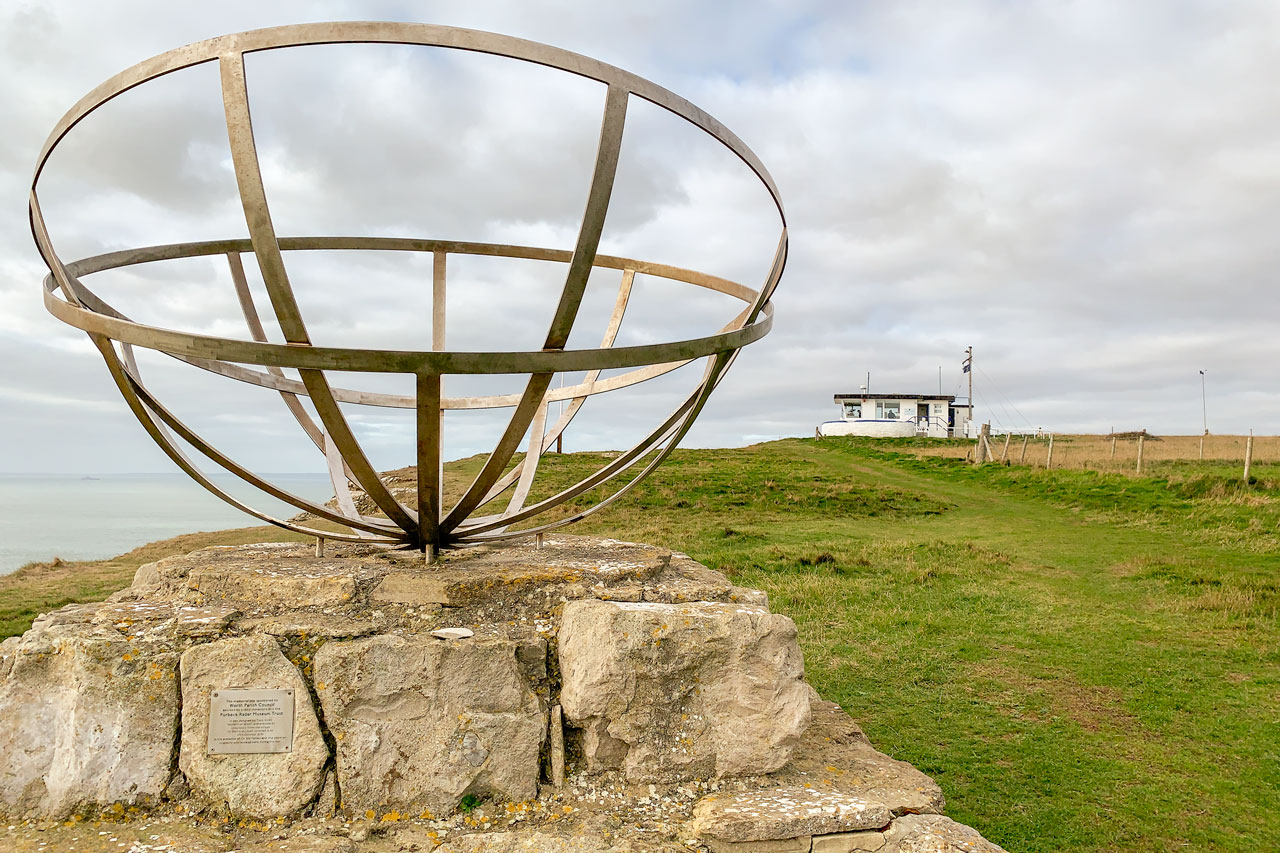 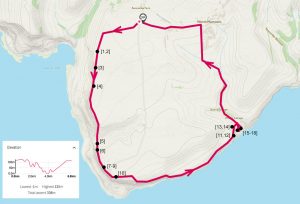 The start of 2019 has been dominated by various household chores – cleaning, sorting out finances, etc. – and the weather has been mild and dry but also cloudy and dull! The 14th looked like  colder air would bring some sun and “cabin fever” prompted me to drive down to Dorset to go walking on the cliffs. In August last year we’d walked from Worth Matravers to Seacombe and that had reminded me that I’d not visited Winspit for years! So I decided to do the Chapman’s Pool to Winspit circuit around St Alban’s Head. 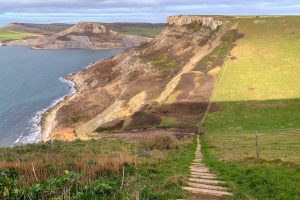 To avoid walking down the road from the Worth car park I parked at Renscombe Farm (free – amazingly) and walked to the cliff top overlooking Chapman’s Pool. Having forgotten about the steep sided valley on the way to St Alban’s Head I stayed on the cliff top path rather than descending to the fishermans’ huts at the pool. When, at the Marine’s Memorial,  I panned ahead on the OS map on my (new!) iphone I realised my mistake – sometimes paper maps are better! The descent and subsequent ascent now have steps but whoever built them had a longer stride than I have. 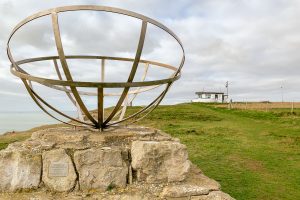 Having regained the cliff top I called in at the NCI St. Alban’s Head lookout where a cup of tea was very welcome! They have a superb view and they showed me some spectacular stormy weather photos. Near the lookout the “Radar Monument” has appeared since I last did the walk; it was erected in 2001 and my last visit was some years before that! I wasn’t previously aware of the role of Worth Matravers in the development of radar. 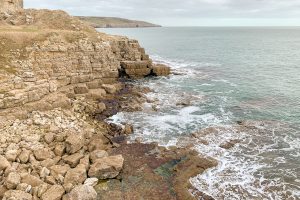 Going down towards Winspit a rather macabre plastic head was attached to the fence. Unlike the Seacombe Quarries, the western part of the Winspit Quarry has not been fenced off. Looking down at the ledges it was hard to image how I used to go in snorkel and aqualung diving there when I was a student. However I did remember it was sometimes hard to get out of the water!

Then back past the Winspit and Quarry cottages, both looking renovated and lived in,  and up the valley towards Worth. The only muddy part of the walk was the footpath across the fields from Weston farm to the car park.

Seatern Diaries > 2019 > Diary Entry > 14th January: Chapman’s Pool walk
Because we use Google Maps and other services, using our site may place cookies on your computer. If you continue to use this site we will assume that you are happy with it.Ok