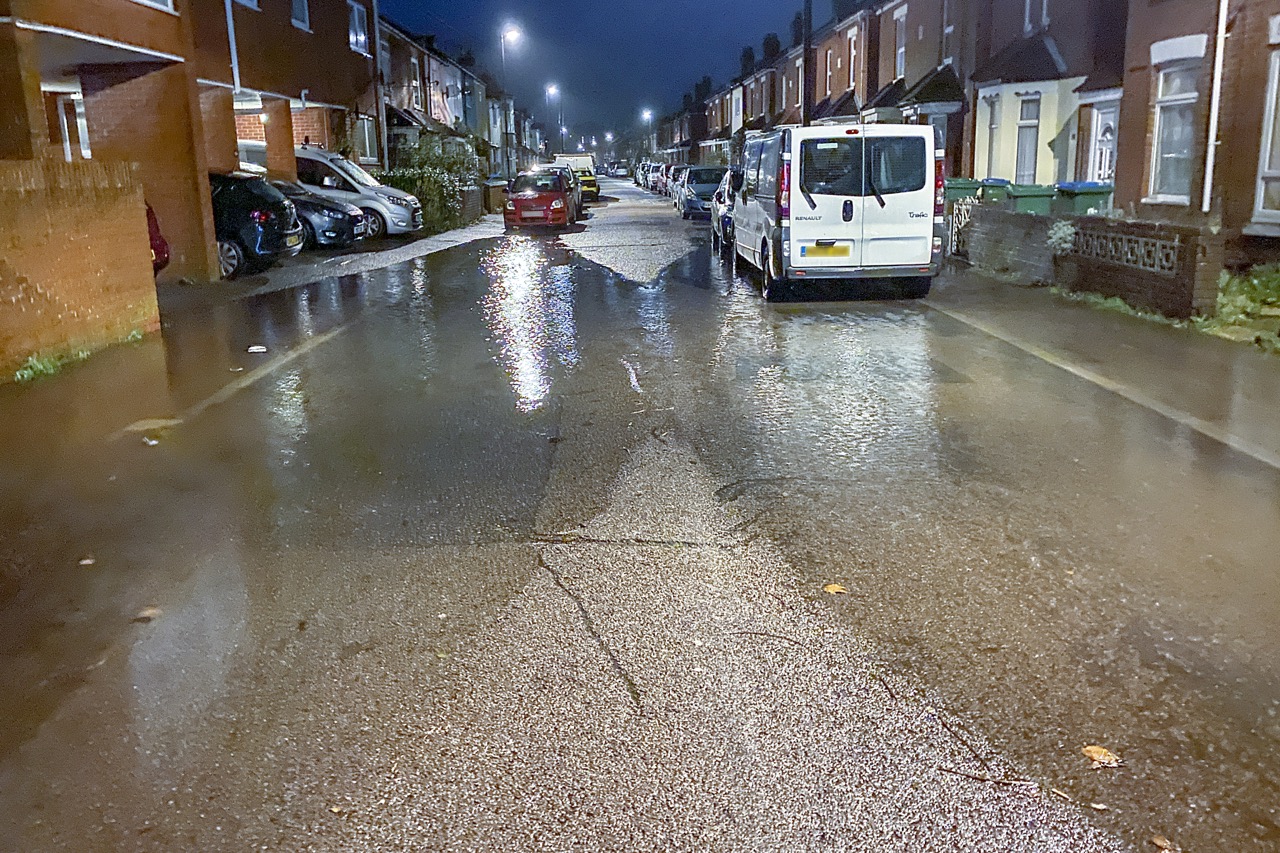 The first storm of the year, “Brendan” was a large, complex low pressure system which occupied much of the northwest Atlantic from Greenland to the British Isles. The central pressure of 941mb was off Iceland but a secondary low of 981mb was forecast to track over southern England with strong winds in the warm sector. The warm front reached Southampton around noon on Tuesday (14th). 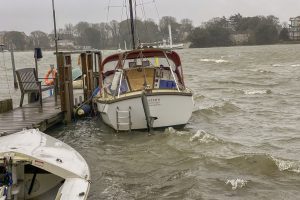 The wind picked up following the frontal passage and by 1300gmt Seatern was bobbing around at the jetty. The midday tide was already above the tide table value; Yan’s boat was beginning it’s daily sinking, and the blue tarpaulin on the outboard motor boat was flying around in the wind. How people expect covers like that to stay on a boat beats me! The extra windage must have been quite substantial, as later events seemed to prove. 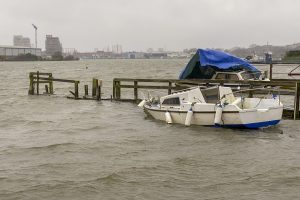 At 1450gmt The Environment Agency issued a Flood Alert for the coast around Southampton Water suggesting a surge of 0.69m to increase the overnight 4.6m tide to 5.29m at Southampton. This was uncomfortably close to the level (5.4m) which would trigger our local flood plan. Fortunately, however the maximum surge of about 1m looked likely to come through during the evening’s low tide period.

The plots show the weather measured at the end of my jetty and the water levels logged at the Dock’s tide gauge compared to the expected Tide Table values. The 10 minute average winds reached about 13m/s (26 knots). 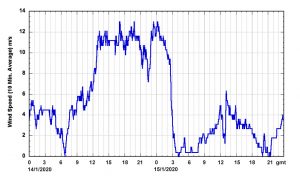 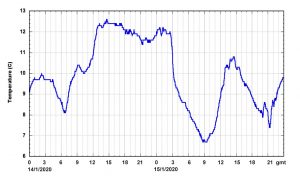 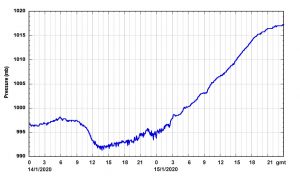 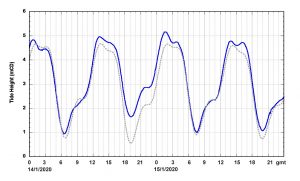 My own house would only start to be threatened if the water level reached 5.8m or more so I decided not to put my flood barriers in place. Nevertheless, I went to bed early with the alarm set for 0100 gmt when I got up to check that the surge forecast was not badly in error! In fact, with the main surge having already increased the water levels, the tide was advanced by about 30 minutes* (deeper water means the tide can travel faster along the coast). By 0130 it was becoming apparent that the water levels were peaking. Water was beginning to well up out of the rain water drains in the road; waves were shooting up through the staging on the river side of my shed. Curiously, the motorboat with blue tarpaulin was no longer visible.

According to the dock’s tide gauge (shown on the Sotonmet web site) water levels peaked at 5.17mCD. However the Woolston Tide Gauge operated by the Environment Agency showed a peak of 5.27mCD and subsequent investigation suggested that the Dock’s gauge is about 10cm down compared to the EA gauge. Neighbour, Nigel, who has calibrated the slope of the Hard reckoned that the drift line the next morning was at 5.32m.


Here are some photos taken using my new iphone which performs remarkably well in the dark! In the morning it became apparent that the blue tarpaulin motor boat had broken from its mooring and sank on the downstream side to the jetty where Yan’s yacht is moored. I made it fast and told the builders who are working on the owners house. 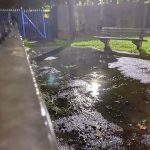 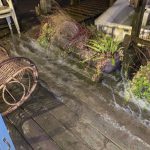 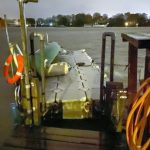 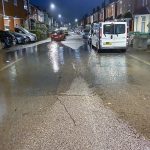 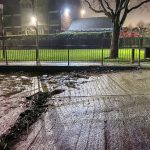 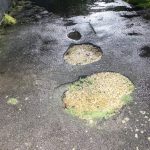 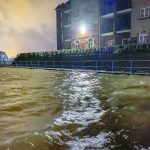 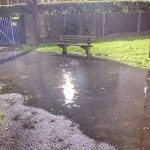 * Note added 5th May 2020 : in fact simulating the storm surge residual suggests that the tide was advanced by about 10 minutes and not the 30 minutes estimated at the time – see “Storm Brendan revisited (link to come)”.

Seatern Diaries > 2020 > Diary Entry > Jan. 14-15th: Storm Brendan
Because we use Google Maps and other services, using our site may place cookies on your computer. If you continue to use this site we will assume that you are happy with it.Ok