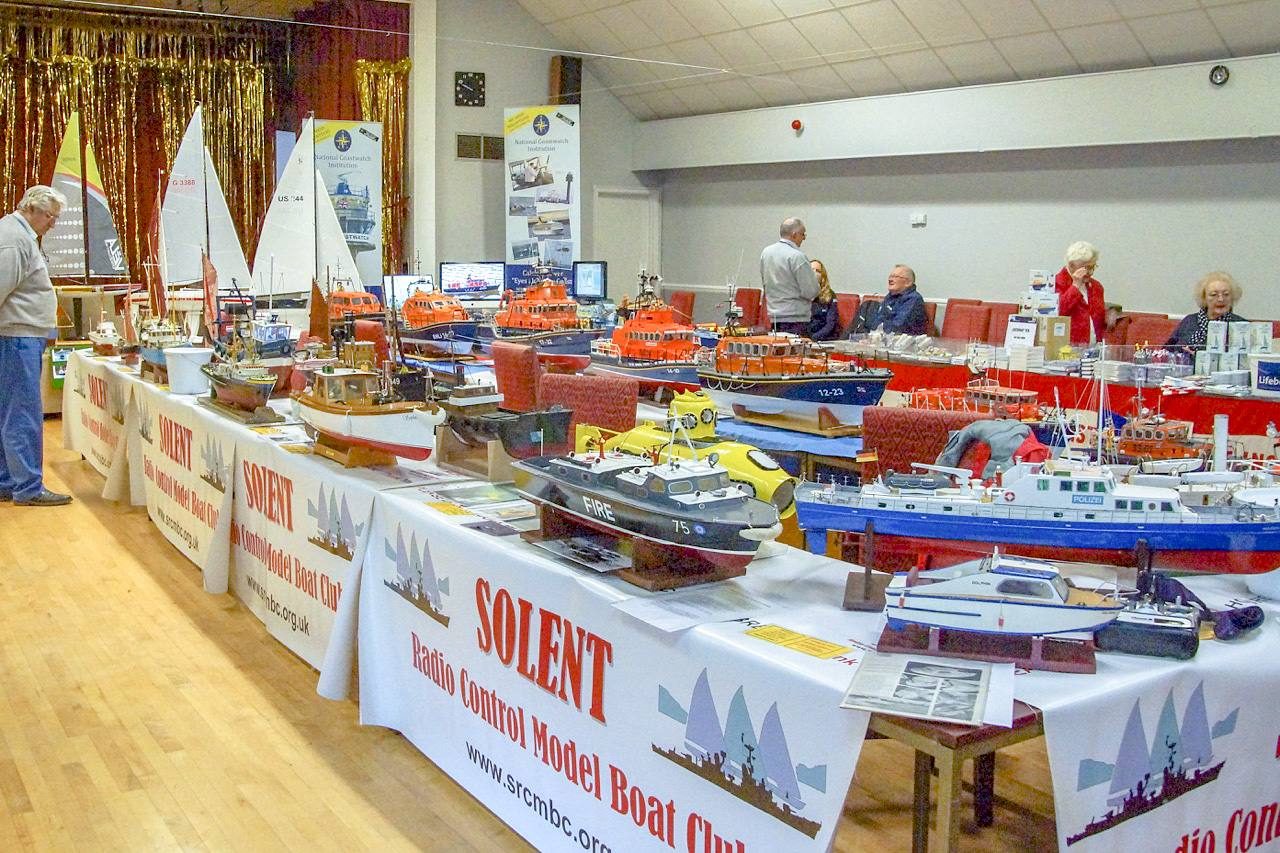 Each year during March the Solent Radio Controlled Model Boat Club holds its “Highcliffe Show” in aid of charity. The first was held in 1988 at the Greystones Community Centre, in Highcliffe. In 1992 the show moved to the Methodist Hall on the main shopping street where it was held in collaboration with the local RNLI Branch; in 2015 over £800 was raised for the RNLI. However due to concerns about the hire cost of the Methodist Hall and the amount of space available for displaying the models, in 2017 the show moved to the Highcliffe Sports and Social Club.  The new venue is less central and the Show has struggled to attract the public support previously enjoyed 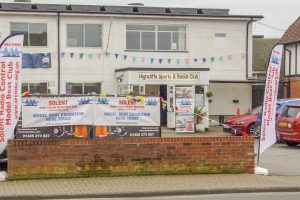 Anyway, this year the show was planned for 14th March with the charities to be supported being the Hampshire and Isle of Wight Air Ambulance, Macmillan Caring Locally, and NCI Calshot. As usual I was planning to set up VDU’s showing videos and slide shows of the model boats in action and also to have a table with leaflets and a video about the NCI, and NCI Calshot Tower in particular.

On 29th February David McNair-Tayor, the Club’s Scale Section Captain, sent out an email asking if, in the light of concerns about the new coronavirus, we should continue with the show. My reply was:

“My initial thought was we should “carry on regardless”. However on reflection it seems to me that, in a couple of weeks time, person to person transmission my well be occurring and, if so, people ar
e not going to choose to go to a model boat show. Add to that the fact that some of our exhibitors are in the “most vulnerable” class as are many of our regular visitors (i.e. getting on in age with pre-existing health problems)… maybe cancellation would indeed be a sensible decision?” 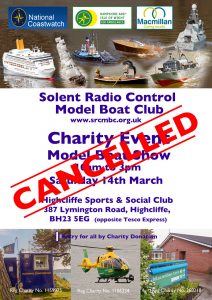 Other Committee members commented that the public were beginning to cancel hotel bookings and restaurants were starting to loose custom. However on the 1st March the decision was made that “at this moment in time we can still go ahead but keeping the final decision open until nearer the time”.

On the 1st March a French couple visited to look at Seatern before going on to visit Swallow yachts. They are looking for a small cruising yacht. At that time there were no concerns about travelling between France and England or moving about the country.

On 6th March David polled the members who were due to exhibit as to whether they still would be attending. My reply was:

“I strongly feel that we should cancel the show. Each year we struggle for public attendance at Highcliffe (in contrast to Milford) and in the present climate I think we will find that this year we will not get anyone from the public coming through the door….. The number of UK cases is beginning to rise significantly and in a week’s time the situation is bound to be worse. It might be significantly worse.”

On the 7th March the decision was taken to cancel since 35% of members had pulled out and there was the possibility that more would cancel nearer the time. By the actual weekend most major sporting events were being cancelled (including 6 Nations rugby) and people were panic buying in the shops. There were rumours that people over 70 would be told to stay in their homes! On Monday 16th, the PM told people to stay away from bars, clubs and restaurants, and tole the 0ver 70’s that they should stop socialising, although we are not yet under “house arrest”. It looks likely that life will be disrupted well into the summer. How quickly the situation changed during the first 2 weeks of march!

Seatern Diaries > 2020 > Diary Entry > 14th March: Model Boat Show Cancelled
Because we use Google Maps and other services, using our site may place cookies on your computer. If you continue to use this site we will assume that you are happy with it.Ok