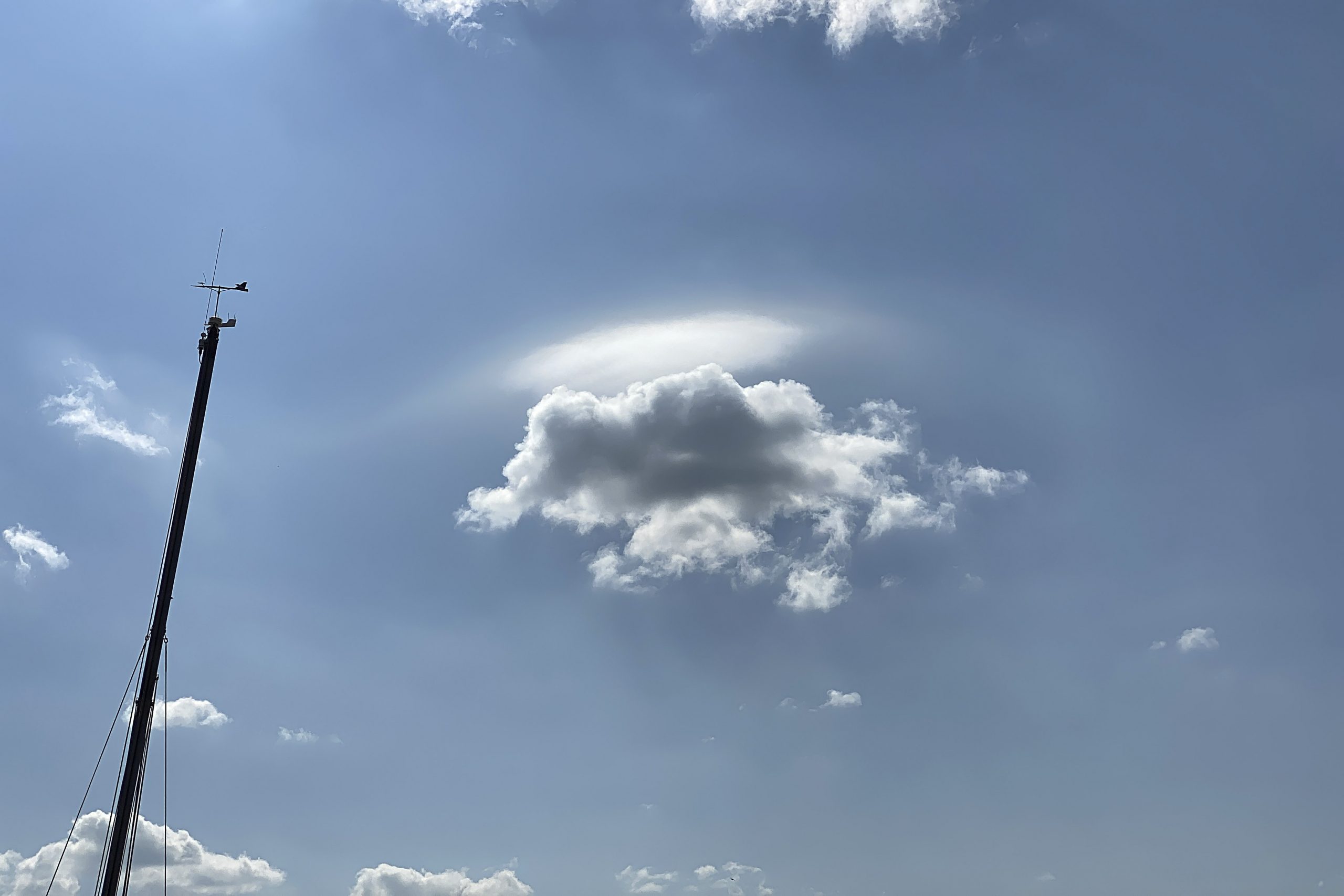 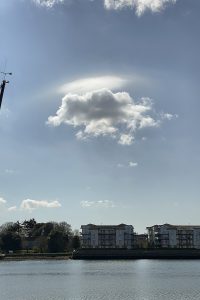 At about 1140 on April 1st I was busy self-isolating by sitting on the jetty with a cup of tea. It was a sunny morning and small fair weather cumulus clouds were beginning to develop. To my surprise, one of the small cumulus appeared to have developed a pileus cloud.

Now pileus or “capping” clouds are usually associated with large vigorously growing cumulus clouds (“cumulus congestus”) and not the small clouds that were developing that morning in a light (~2m/s on the jetty) northeast breeze. 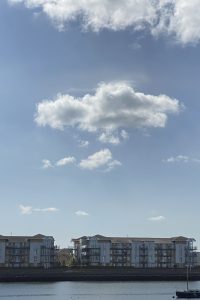 Indeed at first I thought it might be an optical illusion and that I was viewing some form of alto-stratus wave cloud behind the low level cumulus. However as I watched it was clear that it really was a pileus cloud which was rapidly disappearing as such clouds tend to do.

Curious as to what might have enhanced the convection, from the photographs I estimated the bearing of the cloud to be about 265° to 270°. 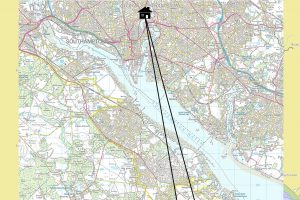 Looking at the map I wondered if the cloud might be over the Fawley refinery which sometimes triggers the formation of small cumulus clouds. However that would be 9 km or more away and the cloud seemed much closer. Indeed if the cloud were at around 1km above the ground, then I estimated it being around 2.5km to 3km away. That could place it above the Woolston waste water treatment works but I wouldn’t have expected that to trigger enhanced convection.

So I don’t know why the pileus cloud formed – maybe the sky was playing an April Fools’ Day joke!

Seatern Diaries > 2020 > Diary Entry > 1st April: Fools Day Cloud?
Because we use Google Maps and other services, using our site may place cookies on your computer. If you continue to use this site we will assume that you are happy with it.Ok