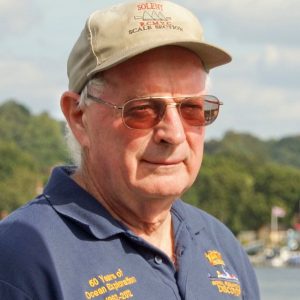 Hello! I’m Peter Taylor, I live in the St Denys district of Southampton, UK. Before I retired (in 2007), I was a research scientist at the National Oceanography Centre trying to determine the effect of the ocean on the atmosphere.

In my youth I studied Physics at Imperial College before doing a Ph.D. in the Oceanography Department at Southampton University. There I studied the part of the atmosphere that is directly affected by the ocean – usually from the surface to the top of the lowest clouds. I joined the National Institute of Oceanography in Surrey and was involved in calibration of the first oceanographic satellite, SeaSat, in a collaboration with the Jet Propulsion Laboratory (JPL) in Pasedena. 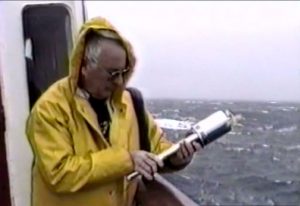 In more recent years I worked at the National Oceanography Centre in Southampton doing research on the transfers of heat, water vapour, carbon dioxide, and momentum, between the atmosphere and ocean. This involved going to sea on Research Ships and we were particularly interested in high wind conditions; the photo shows me reading an Assman psychrometer during a November storm out in the Canadian Grand Banks area of the North Atlantic! 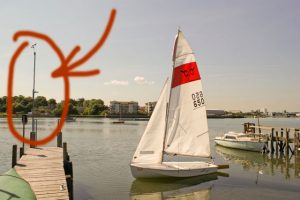 Met Station on my jetty

Within the World Climate Research Programme I worked on trying to improve the weather observations taken on merchant ships. For that and my other work, in 2006 I was awarded the Sverdrup Gold Medal of the American Meteorological Society. A prestigious “lifetime achievement” award, or possibly a hint that it’s time to retire! The meteorological instrumentation I was given on my retirement forms the core of the met station I now operate on my jetty supplying the “St Denys Weather” information in the page header. 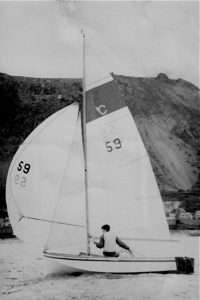 I started sailing in the 1960’s while at Friar’s Grammar School in Bangor, North Wales. With my father I raced a Seafly “The Dong” in regattas along the North Wales coast and I also sailed in the school sailing team, representing North Wales in the National Schools regatta. At University I was in charge of instruction, teaching freshers to sail Firefly dinghies on the freezing waters of the Welsh Harp (Brent reservoir) in London. Nowadays I once again own a Seafly, and I set up and now maintain the “Seafly Memories” web site. I also sail model boats and run the Solent Radio Controlled Model Boat Club web site.

So I’ve done a lot of dinghy sailing but my cruising experience has been very limited. Just very occasional trips acting as a crew. However that is beginning to change since I now sail a BC20 called Seatern!

Seatern Diaries > About Me!
Because we use Google Maps and other services, using our site may place cookies on your computer. If you continue to use this site we will assume that you are happy with it.Ok