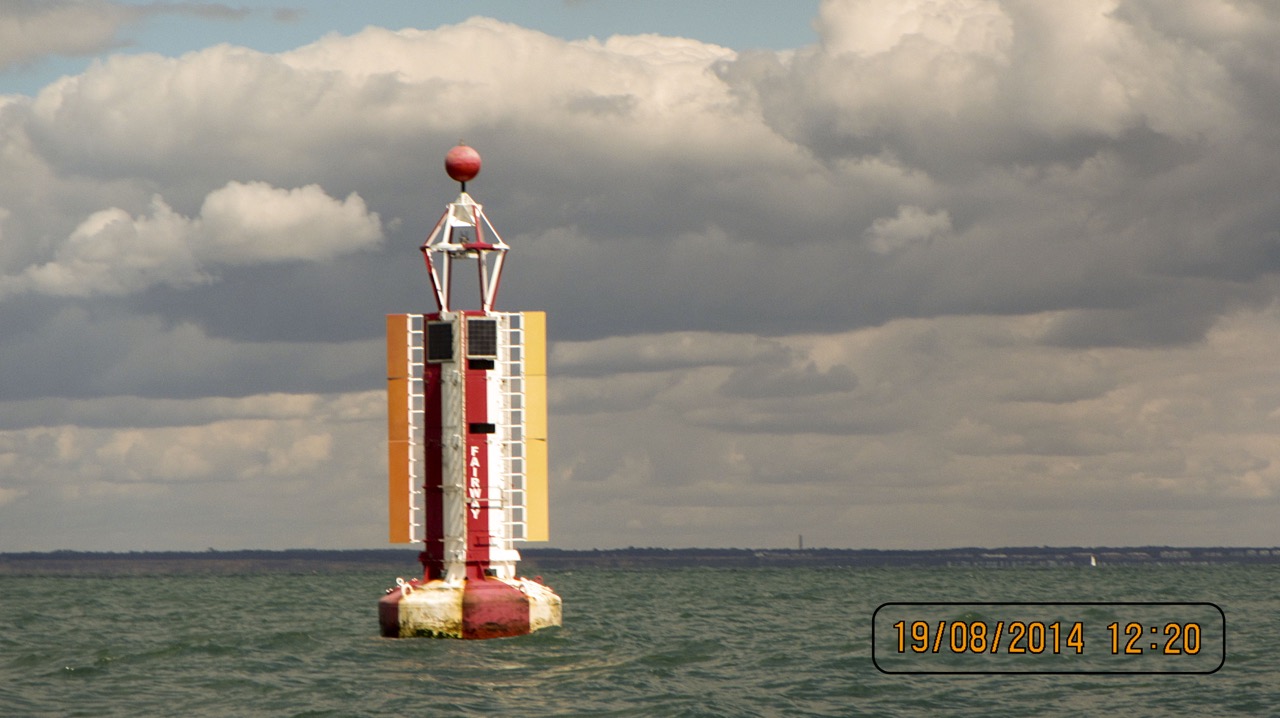 My plan was to try to go round the Needles and a little way along the SW coast of the IoW, but given the wind conditions, once there I decided simply to round the Fairway Buoy. In fact, the wind that I feared to be dropping increased significantly later. 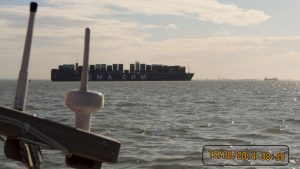 0611 left jetty, in Southampton Water a light NW wind so decided to have breakfast while still motoring before setting sails at 0718 and swapping to the asymmetric by 0746. Crossed to outside the reds at the Esso jetty where tugs were just berthing a tanker; problem was the very large container ship CMA CGM Christophe Colomb was out bound and I didn’t want to have to wait for her to go by. Once in the Solent the wind was too much on the bow so dropped the asymmetric. Made a hash of that, letting the tack line fly out (again!) and getting the sheet caught in the sail bag. Should have kept the sheet tighter once the tack was released. With increasing wind I went to one and then two reefs but the direction promised a single tack right out to the Needles. 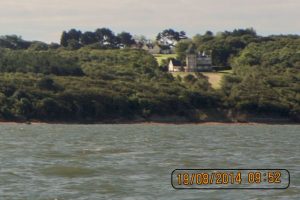 As usual Newtown Creek looked full of yachts. Just beyond I got a bearing on the house which I’ve been trying to identify; it appears to be Hamstead, but the layout of buildings seems different to what’s on the map. Shook one reef out at Lymington to have more power through Hurst Narrows where the tide would still be with me (just) but the wind against. In the event, it was actually quite smooth since the wind was falling away and I went back to full sail soon after the Narrows. Nor did there seem to be breakers between the Needles and the Bridge Buoy. 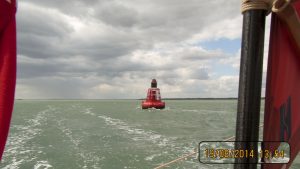 1220 reached the Fairway Buoy and commenced what was by now a run back. Wondered about the asymmetric but there were rain showers slowly approaching from the northwest so decided to empty the ballast tanks instead. It was to prove a good decision. The waves in the Narrows were weird, like lots of small, breaking, standing waves. Wouldn’t like to be there when it’s rough! The wind now increased and around 1400, off Lymington Bank, with the current behind her Seatern was getting over 9 kts over the ground. Did a couple of gybes to keep the wind on the quarter and refilled the ballast tanks. At 1420 when I needed to gybe I chickened out and went about and soon after that decided to drop the main and just use jib and mizzen. Seatern was still doing 5 to 6 kts over the ground. 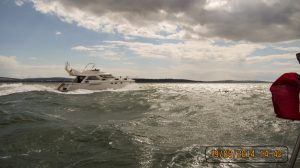 The strong winds continued until around Stanswood Bay and as I approached Calshot I decided to get the main back up for crossing the shipping channel where I could see at least one car transporter on the way out. By now the wind had veered to the NW which would mean tacking up Soton Water, so I decided to drop the sails and motor once I was on the east side. I was glad I did because the wind then strengthened considerably, even prompting me to raise the spray hood to keep the cabin (and me) dry. Got back to the jetty at 1825.