It is already May and I’m just starting a diary entry for 2021… I’ve not been totally idle, but Seatern has stayed at the jetty since 2019!  But Seatern has been getting some use. I wake early and most mornings I’m aboard before dawn with the heater going, a mug of tea, and a book to read. I love early mornings on the river. 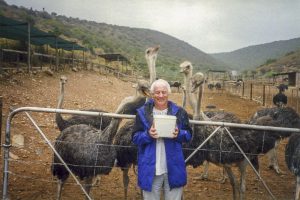 I’ve got behind with the “Diary” entries because during the lockdown I started writing up some of my travels and even started on memories of oceanographic cruises. It can be found on this web site under “Past Times” but be warned, it’s like viewing someone else’s holiday slides! I’ve done it mainly for my own benefit… it’s been interesting reliving some of my travels to places near and far.

2020 ended with Boris Johnson’s Government continuing its disastrous strategy of faffing about when it should have been taking decisive action and then taking action a week or two later than was needed. The second lockdown in 2020 ended on 2nd December and on 15th December the PM was saying he would not cancel Christmas. Six days later new (“tier 4”) restrictions were being brought in for London and the southeast and from Boxing Day these were extended to more of the country. The PM urged schools to reopen from 4th January but then introduced a third national lockdown from 6th January.

I planned to get Seatern sailing again in 2021, but that latest lockdown only started a staged lifting in March with marinas opening during April. But mainly I must admit I was influenced by it being a cold spring with frosts on many nights during April.

It appears that when, last year (2020) from mid March to mid May, the Coastwatch Stations were closed the Coastguard actually missed us! Thus for the lockdown starting in January 2021 we were issued with letters from HMCG stating that we were part of the CG Search and Rescue system and should be treated as key workers, should the Police stop us when we were on the way to our NCI Station. 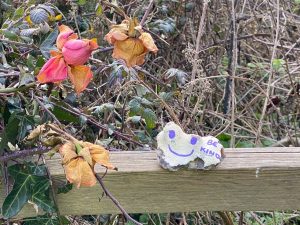 Both Calshot Tower and Stone Point have therefore been manned during the current lockdown. Until recently it was with one watchkeeper in the station and a “buddy” outside. At Calshot the buddy could use a CCTV system to view inside the ops room. I’ve been choosing to be on Beach Patrol at Stone Point which is hardly an imposition given the beauty of Lepe Country Park! I have got very damp on occasion though!

Health wise my year started worryingly when on 8th January I developed a “floater” and experienced “flashers” in my left eye. The University Health Centre referred me to the General Hospital but they were struggling to cope with covid patients. When I finally got through by phone they referred me to Leightons Opticians who were running a covid emergency service. It turned out that my eye was OK, just exhibiting the effects of age! Later in January on the 28th I had the first covid jab with the second in April. As More and more of the poulation got vaccinated, covid became less of a threat although the emergence of a new strain resulted in the need for a booster jab in September.

Up to now, work on Seatern has mainly been maintenance. She did have a good cleaning of decks and spray hood last year. Given that Seatern has been at the jetty the main things which have needed some attention have been the cabin heater and the CO alarm!