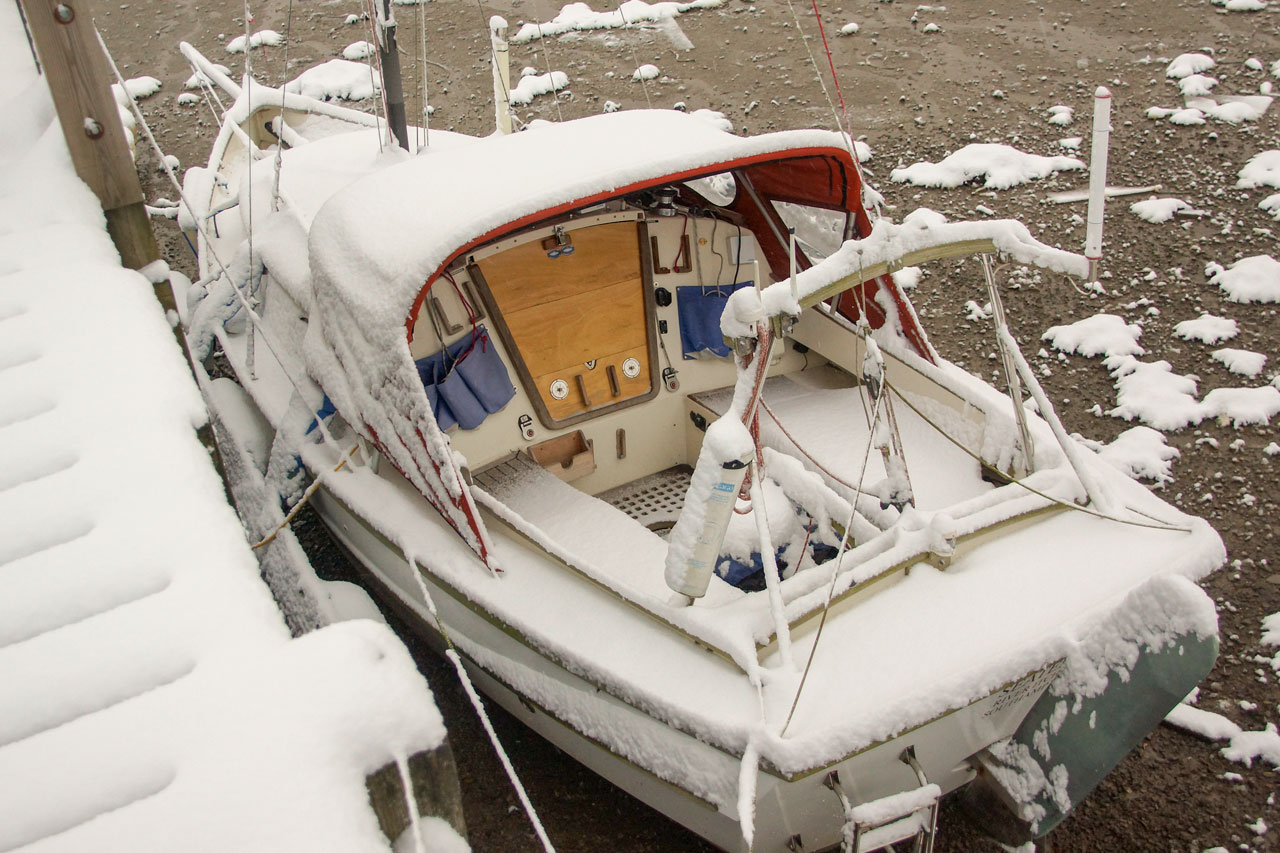 We had some spring snow in 2018! Until mid-May Seatern was still at the jetty. However she was looking smarter with the wood work cleaned up and sporting a new jib and new mizzen. Apart from the month back at Swallow Yachts in August 2015 Seatern had been on the water continuously since she was delivered in December 2013. And she gets used a lot, if only by me sleeping on her many nights when she is at the jetty, winter and summer. The spring weather did not encouraged me to start sailing but instead, Seatern much benefitted from some TLC! 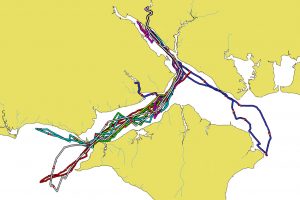 My new top-down furling asymmetric spinnaker, collected from Swallow yachts in April, finally tempted me out with a trip to Bucklers Hard and following that, like last year,  I have tended to do whole day, rather than single tide sails. I managed to do a couple of trips down to the Hurst Narrows/Needles area before going to man one of the safety boats for the Swallow Yachts Raid in July. A spell of lethargy followed, possibly linked to some very hot, sunny, and generally calm weather with day time temperatures in the 30’s and night time temperatures in the 20’s.

It got cooler after the first week in August and I managed a couple of trips past Hurst into Christchurch Bay. In September I got to Bembridge Ledges, Saltmead and the Boat Show, and, on what proved to be the last sail – the Needles Fairway Buoy. In all only 9 trips but a total of 385 miles over the ground which at least was more than the previous 2 years. That comes to an average of nearly 43 nm per trip which emphasises that I’ve become too lazy to go out on single tide sails!