On June 2nd 2019 it had been announced that NCI Calshot Tower were amongst the proud recipients of the Queens Award for Voluntary Service. In a ceremony held in the Kinkead Room of the Calshot Activity Centre on 4th September the Lord Lieutenant of Hampshire, Nigel Atkinson Esq.,  presented the station with a certificate signed by the Queen and a domed glass crystal in recognition of the Award.

I had prepared three VDU presentations to run during the event including one on the ceiling mounted video projector in the room. I also ended up being the photographer for NCI Calshot! I don’t like photographing people but fortunately the photos came out OK for once. They are on the NCI Calshot blog but I thought I’d also include them here. 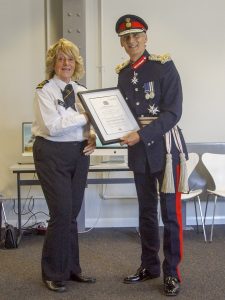 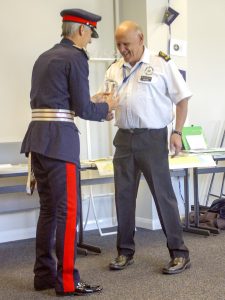 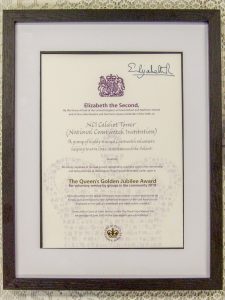 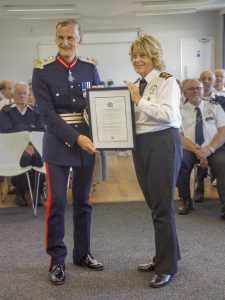 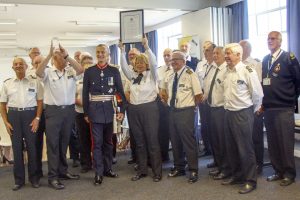 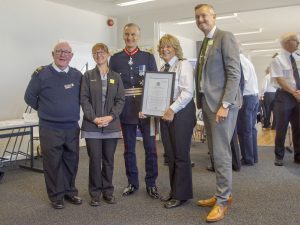 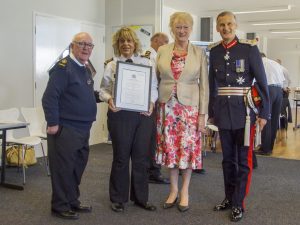 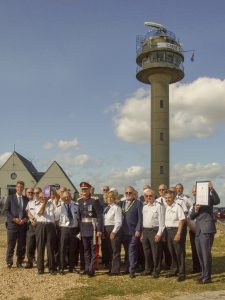 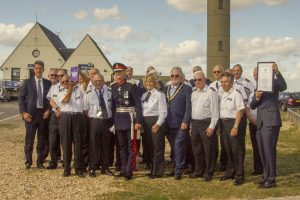 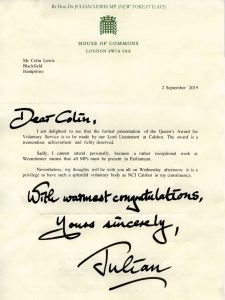 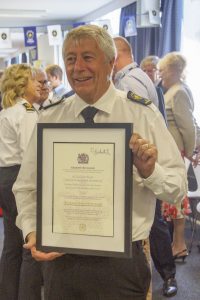 Seatern Diaries > 2019 > Aug/Sept: "Vicarious Sailing" > 4th Sept: Queens Award Presentation
Because we use Google Maps and other services, using our site may place cookies on your computer. If you continue to use this site we will assume that you are happy with it.Ok