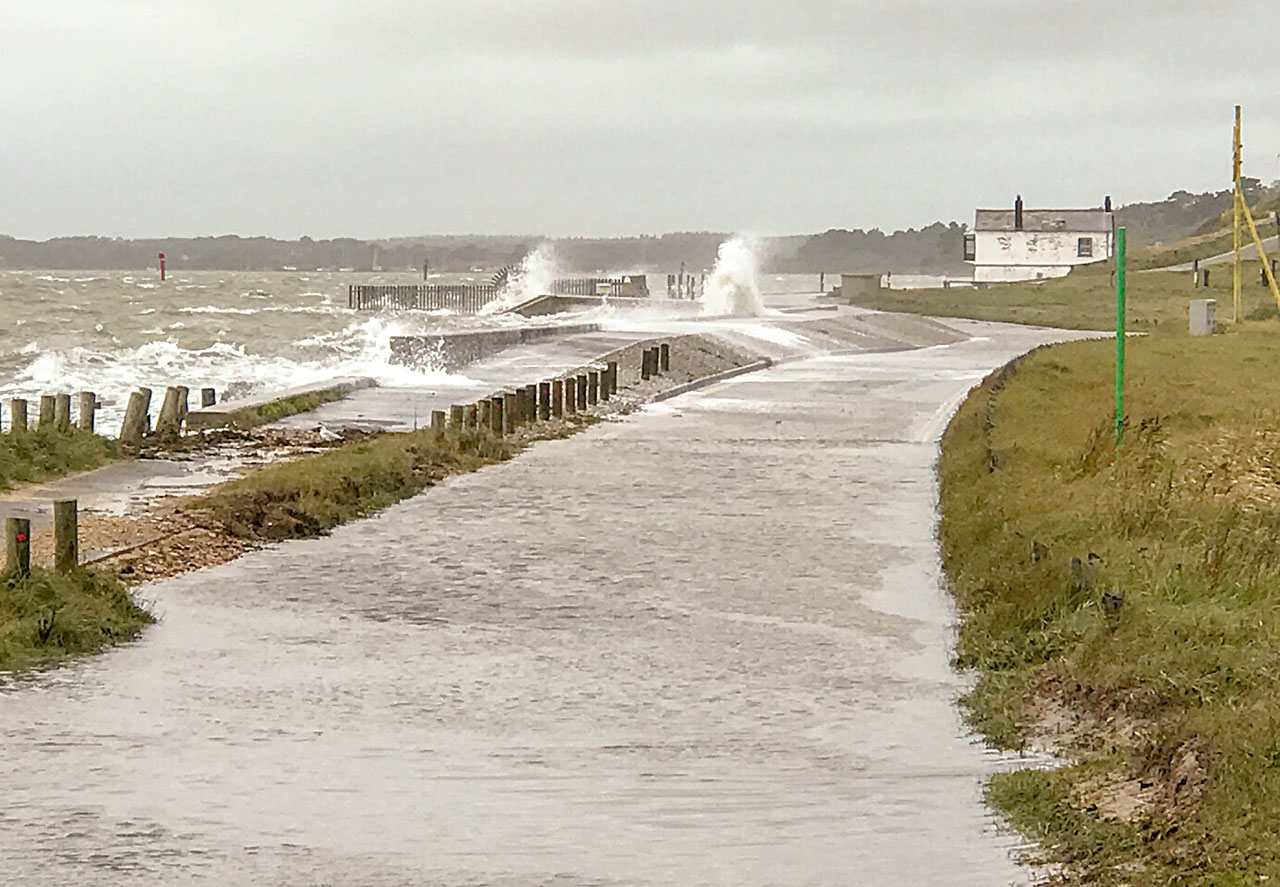 With high spring tides and the likelihood of a storm surge, at 1723hrs on Saturday 28th Sept we had the first flood alert since autumn 2018 from the Environment Agency Floodline….

“Sunday morning’s tide at 11:55 / 14:09 on 29/09/2019 is higher than normal due to unsettled weather with strong South Westerly Force 6 winds. The weather increases tide table values by 0.33 m (surge). The forecast tide is 5.23 metres Chart Datum at Southampton….. At Priory Road, residents may wish to install flood protection as a precaution.” 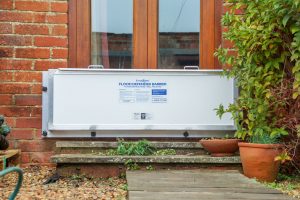 Forecast surges are often underestimated by around 10cm so this was getting uncomfortably close to the 5.4m forecast level which would trigger the local flood plan into action. I was booked to be on watch at Calshot Tower in the morning and at Stone Point in the afternoon and in both cases there was only two of us scheduled so I could not easily cry off.

After discussions with neighbours it was decided not to go around warning people in advance, but they would keep an eye on water levels on the day. Before leaving on Sunday I put my door barriers in place having done a trial fit the previous evening. That had proved important since the plastic protective tabs for the screw holes had suffered UV degradation and getting them out was a bit of a fiddle using wood screws, pliers, and pincers. 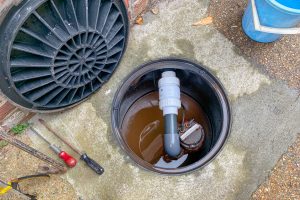 Previously, on 11th September, I’d checked that what I call the “Bilge Pump” was still working. This is designed to stop the water rising out of the ground under the house from reaching the level of the ground floor floor boards. I opened it up and tested it by poring buckets of water into the sump until it triggered. Sometime I need to check the automatic air bricks. However when I’ve openned them up in the past it was clear that the wire grills were effective in stopping spiders and debris entering and preventing them closing if there is a flood. 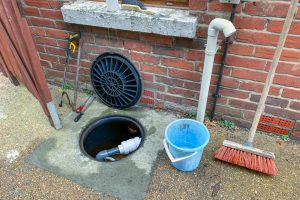 We didn’t have a flood on the Sunday. At Lepe the lower car park was closed and the coastal road flooded. Areas of the upper park were taped off due to the danger of falling branches (and pine cones) from the fir trees.

Flood alerts remained in force over the next few days – the jetty photos below were taken on Tuesday 1st October when the tides were still high but less than on the Sunday. 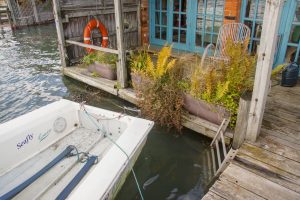 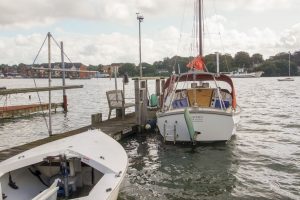 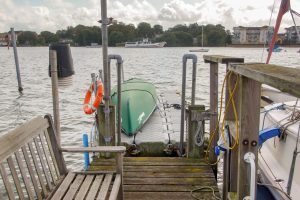 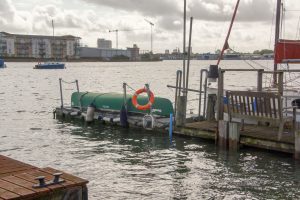 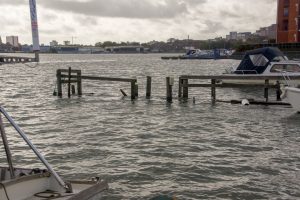 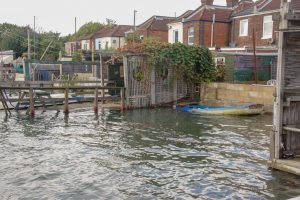