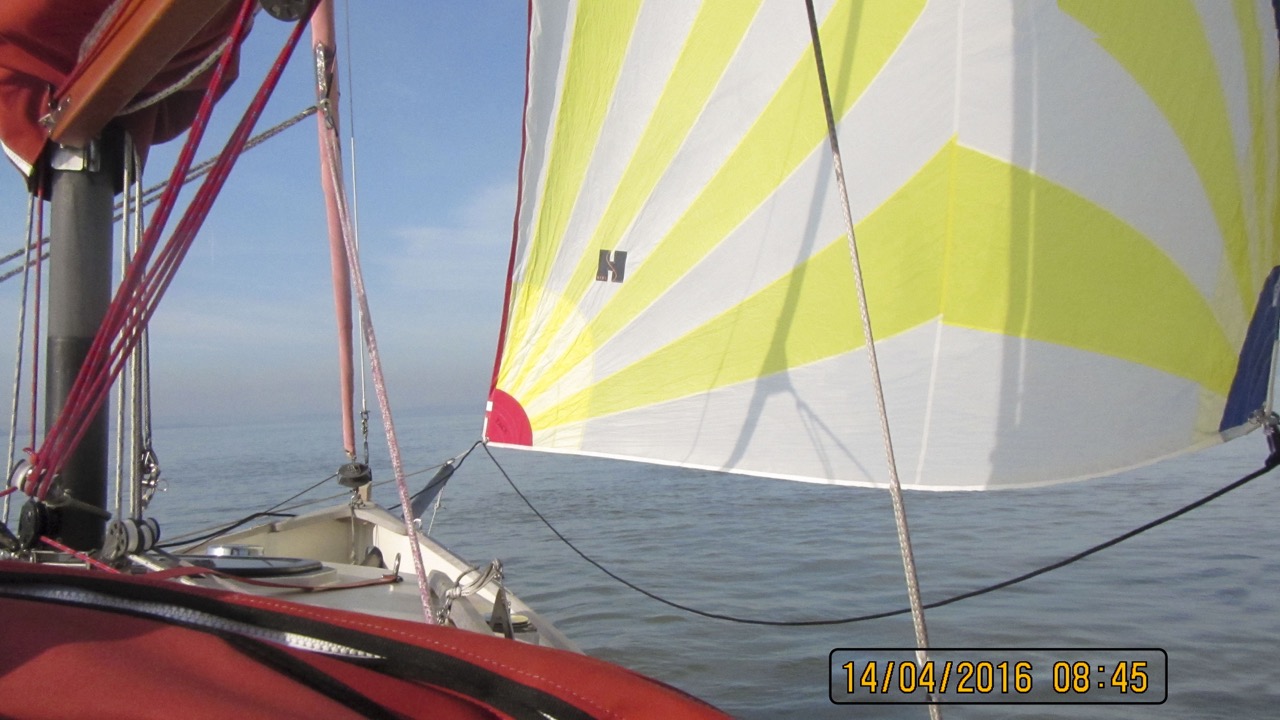 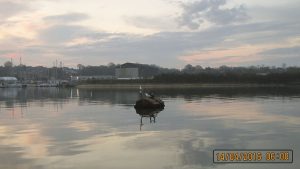 Got away at 0545 after slight delay untangling the remains of someone’s fishing tackle from the bowspit. Very calm morning and an empty river! Carried on under motor while having breakfast and then, with a slight breeze starting, got the sails up and started sailing at 0655 just past Netley Dome. However within 15 minutes the wind had died again and I started motoring leaving the sails set but with the jib furled. 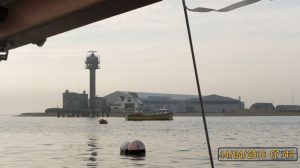 Reached Calshot at 0745 still under motor; they were just putting the flags up on the Tower. With a bit more wind in the Solent I switched to sailing just off Calshot Spit. It was a broad reach and with the tide ebbing we were doing 4.5 to 5 kts. I was surprised to see some of the fishing floats now have flags and one even had its tattered green flag held properly upright – if only they were all similar. Being freed off by passing Stansore Point, at 0825 I prepared and hoisted the asymmetric. Almost immediately the wind came further onto the quarter and fell very light. At 0900 I started emptying the ballast tank, 15 minutes later it was empty but there was not enough wind to fill the asymmetric. Most of the boat speed was thanks to the current. 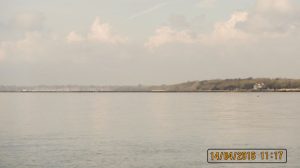 From about 0930 to 1000 there was a bit more wind and we were making 2 to 3 kts and with the asymmetric full heading toward Lymington. However then the wind dropped again and, with the flood starting to set in, at times Seatern was only just stemming the current. Just after 1100 we were headed and I decided to gybe around and head back with the hope of carrying the asymmetric on a close reach. The wind did not oblige, so reverted to the jib and, close hauled, headed out towards the centre of the Solent and the strengthening flood. 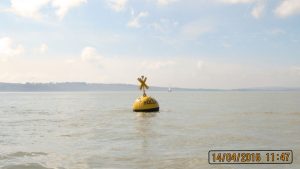 By 1240 Seatern had no steerage way but was doing between 2.5 to 3 kts over the ground thanks to the current. However boats to the west were heeling and the water looked darker. Seatern was about on a line from Stansore Point to Gurnard when, at 1315 the wind started to increase and I started filling the tanks as a precaution. By 1330 we were doing 6 kts and I was glad the tanks were full. Wind against tide was putting up a chop and the full tanks helped Seatern to cut through the waves. 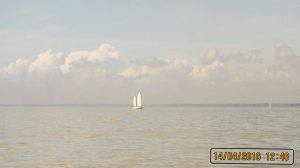 A junk rigged ketch had come out of Newtown Creek and picked up the wind ahead of me. However by the time Seatern was back at Calshot we were catching up. The “junk” went in towards Ashlett Creek while I hung on until the ferry from Cowes had passed before crossing the shipping channel. It was then a goose-winged run up Southampton Water in a fresh breeze. 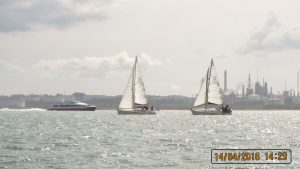 Yachts appeared to be racing off Netley and I was concerned not to have to give way since I was on starboard and slightly by-the-lee. Fortunately they all tacked. I got the sails down off Weston having to motor quite fast to keep headed into the wind. It was only about 1440 so I motored back and forth a couple of times before heading into the Itchen. 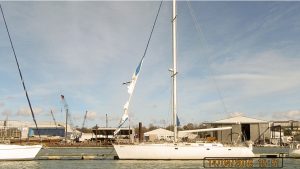 The Gosport lifeboat was refuelling at American Wharf – it must be on holiday here! Opposite the foresail of a moored yacht had suffered in the gales. At Kemps someone was shouting at me through cupped hands, when he lowered his arms I saw it was Mike who used to live moored to my neighbours jetty. Got back at 1634 with just enough water – had difficulty getting enough depth to get the rudder up! [35.6 nm over 10.75hrs]

Sounding 5 blasts? On a couple of occasions during the day I found myself starting to take avoiding action, despite being under sail, because other yachts were motoring towards me. No doubt they felt that they were a long way away and would alter course in due time. However as I was hardly moving, if I needed to take avoiding action, I already needed to start doing so. In both cases they had spray hoods raised so I couldn’t see if anyone was in the cockpit, let alone looking at me. In retrospect, I think I should have had my plastic mouth operated foghorn out of the locker and sounded 5 blasts… even though they would no doubt have thought I was panicking. But would they have heard me over their motor noise? For fog I can rig up a pa speaker to the VHF radio and use it’s foghorn feature, I guess I could have used it to hail them. However, perhaps I’ll buy one of those aerosol foghorns for other occasions.

Seatern Diaries > 2016 > March-April: "New Season?" > 14th April: Drifting to Pitts Deep!
Because we use Google Maps and other services, using our site may place cookies on your computer. If you continue to use this site we will assume that you are happy with it.Ok