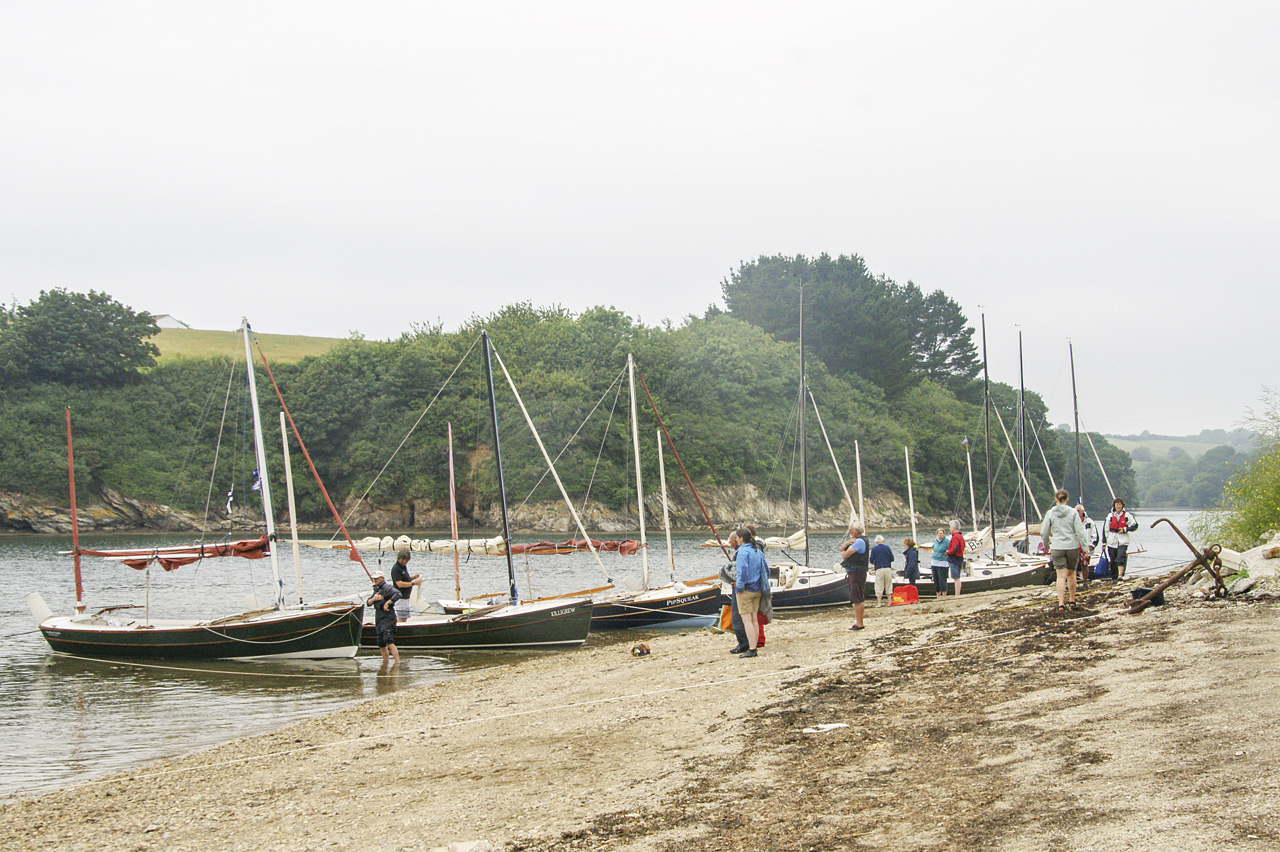 Wednesday June 26th (cont): The finishing line for the morning’s race was between St.Just buoy and the race rib and the fleet then entered St. Just Creek to either moor off the shore or land on the beach just east of Pasco’s Boatyard and just west of St. Just in Roseland Church with it’s beautiful graveyard (and nearby toilets!).

The weather had brightened up for the afternoon race which started from between the two ribs and proceeded to the Pill buoy (off Pill Point, left to starboard) where there was something of a pile-up when one of the BC23’s got caught in stays! Then south to the red Black Rock  buoy (left to port), before finishing off Mylor Harbour; the sun was out and the wind was increasing.

Seatern Diaries > 2019 > Images of the 2019 Raid > June 26th: (4) Lunch then to Pill
Because we use Google Maps and other services, using our site may place cookies on your computer. If you continue to use this site we will assume that you are happy with it.Ok