So, I’ve finally had a flood in the house and the irony is that it didn’t come from the river! Last week I noticed the kitchen floor was damp but thought it mustn’t of dried after recently been washed. Then, yesterday I saw that the edges of some of the laminate floor sections were uneven and when I stood on them water was coming out of the joins.

Today I tried lifting one of the laminate sections by cutting with a plunge saw but I couldn’t get the joins to come apart. Then I tried removing the facias under the worktop at the bay window to get at the edge of the flooring and lift it from there. Again the joints would not break so in the end I just sawed though the laminate! The green underlay underneath was soaking and disintegrated when lifted.

I suspected water dripping from the stop cock in the pipe to the shed and jetty since I’d recently turned it back on after the cold of the winter. However having cut away the back of the sink unit it was not that. In the end I discovered that one of the compression joints in the sink waste pipe (which also takes the washing machine water) had come apart. Surprisingly the end stop for a rodding access point inside the bathroom wall was also missing! Most of the waste water must have been draining into the underfloor space and hence into the ground. However some must have been soaking into the underlay and spreading out under the laminate. 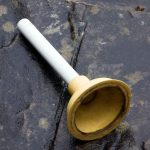 The kitchen is now “in bits” drying out. I’ve been told that using a sink plunger can cause compression joints in waste pipes to fail. I used a plunger on both the sink and the bath when during some cold mornings the waste pipes were appearing to be blocked. I attributed this to the one-way valves on the waste pipes getting frozen shut. The purpose of the one-way valves is supposed to be to stop flooding from the river! I won’t use the plunger in future! 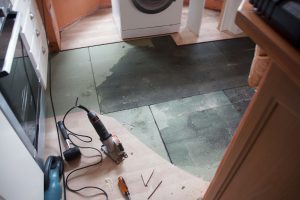 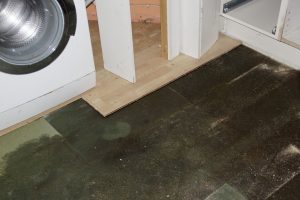 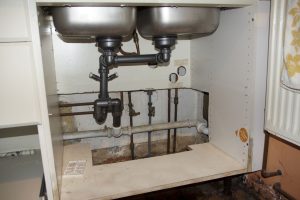 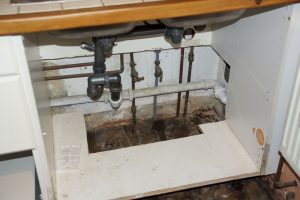 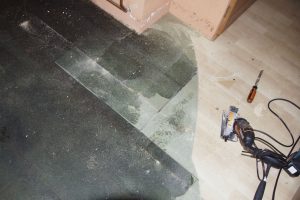 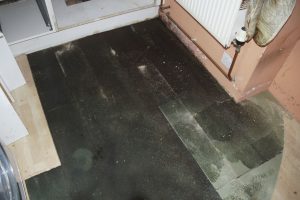 Seatern Diaries > 2017 > Diary Entry > 1st March: Flooded Kitchen
Because we use Google Maps and other services, using our site may place cookies on your computer. If you continue to use this site we will assume that you are happy with it.Ok