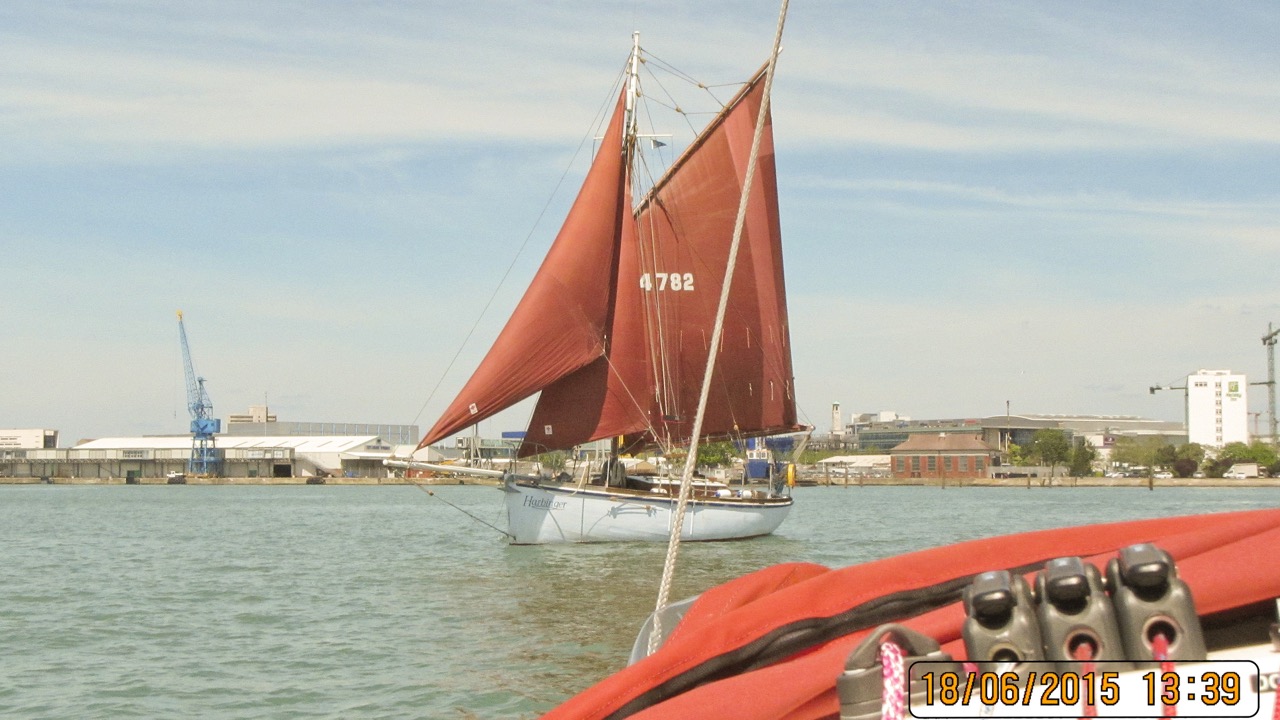 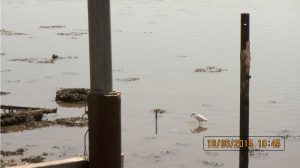 At 0520 this morning there were no fewer than four Little Egrets fishing this side of the river channel, and when I was preparing Seatern one walked past very close to the stern – they are getting much tamer. Seen up close, they are surprisingly small – about the size of a Herring Gull. Long legs make them seem bigger.

Left jetty at 1127. Didn’t get the mast back up until past Shamrock Quay due to the number of RIBs in the river. Given the light NW wind decided to get the sails up in the river off Ocean Village where it would be more sheltered compared to Southampton water. In fact the winds proved fickle – up and down and varying in direction. Having crossed to the Hythe side I furled the mizzen with ease using my new roller system. 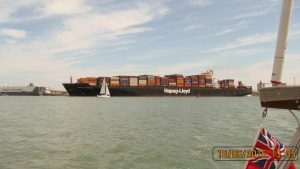 Beating against the current and with the wind dropping, on the next tack I hove-to for a short period to go below, switch on the ballast pump, and catch up with my rough log. It was noticeably harder to have Seatern moving slowly while hove-to with the mizzen furled. After a couple more tacks an incoming Container ship proved to be the Osaka Express.

By 1320 I was feeling hungry, but with the ballast tanks empty I was having to spill wind in the stronger periods despite being almost becalmed some of the time – and the direction was varying as well. I daren’t leave Seatern on the Tiller Pilot, so hove to before risking going below to retrieve lunch from the fridge. 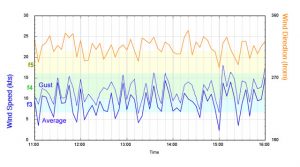 The wind started to back, so I now found myself heading along the River towards the old Town Quay. One of the Red Funnel ferries was coming up behind but a few minutes of stronger wind took me get beyond the spot where he would turn in to the Ferry Terminal. Having thus managed to avoided tacking, I was headed and had to tack anyway! 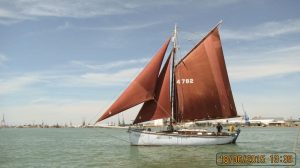 When first motoring down the Itchen I’d seen a tan sailed gaffer in the far distance. Beating up Southampton water I’d been closing on him and the next tacks saw us coming close. He was making much slower progress against wind and current than Seatern – afterall, with ballast tanks empty Seatern must have been a tiny fraction of the gaff cutter’s displacement plus Seatern has a bermudan rig and high aspect foils! Being on port I bore away rather than cut across his bow, and we exchanged commiserations about the wind conditions. Harbinger turns out to be a converted Manx fishing boat built before 1917. I’ve a feeling she is kept at Kemps. Beautiful boat. 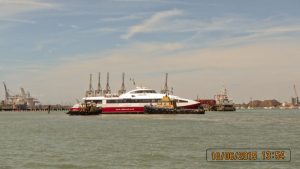 A veering wind now allowed me to sail past the Military Port – the furthest I’ve been to date – but I was inshore of the small boat moorings and needed to tack. However to be sure of clearing the moorings, given the current, I needed to go up to the Marchwood Slipways where Wyetow and (I think) Wyepush were working with a Red Jet ferry. Not wanting to get in the way I gybed around and started for home on a broad reach/run. By the time I was off Dock Head the tugs were returning from the Osaka Express and at least one was continuing out for the next container ship. I had plenty of time and, rather than cut across their bows, I reached across to Hythe before turning back for the Itchen. 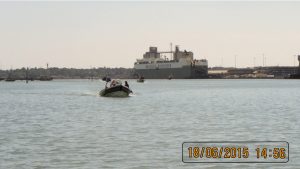 By now I’d realised that all the RIB’s were because the “Seawork 2015” exhibition was going on. I got the sails down off Dock Head before motoring home amongst a fleet of work boats. Nearing Shamrock Quay I slowed to get a clear space to deal with the mast. Soon after a RIB turned straight across my bow – I think it was doing RYA “Powerboat 2” practice since the instructor apologised and thanked me for having changed course! 1536 – back at Jetty [11.4nm]