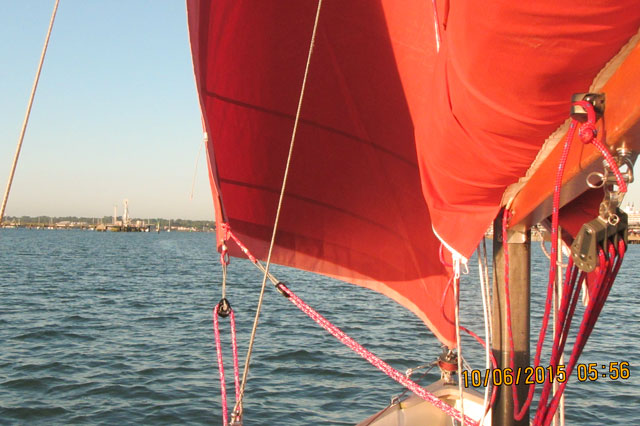 From the start I wasn’t impressed with the Spinlock PXR clutches as jib fairleads and, to be fair, Matt had supplied replacement camcleats without me asking. The main problem with the PXR’s was that I couldn’t release the sheet without going quite close to them to get the required upward angle. However I wasn’t sure how to fit the camcleats so they would be better, so have delayed doing so until now when one of the PXR’s is showing signs of strain.

The first photo below shows the original port side layout. After some experiment I decided the cam cleat worked best on the port side by moving everything inboard – I moved the outer most Spinlock clutch (spinnaker halyard) inboard of the other two clutches and rethreaded the halyards to keep the same order.

I fixed the camcleat close to the clutches angled towards the area that I would be sitting. To lead the sheet into the camcleat I used the guide on its forward side (the guide is designed to allow this although it is usually placed the other side of the cleat). I used a camcleat wedge raise the forward edge of the cleat.

The starboard cleat is arranged in a similar manner. For that I had to move the lazy-jack halyard clamcleat, placing it alongside the topping lift clamcleat. 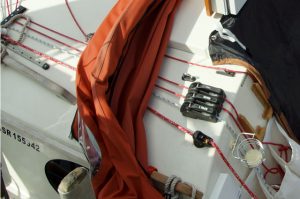 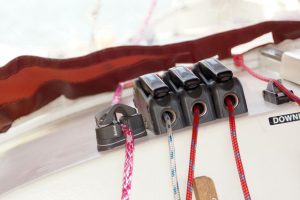 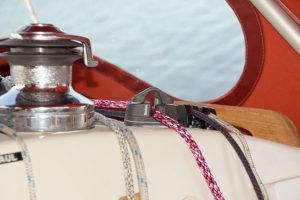 I’d decided to try a 2:1 purchase by using an extra slider on the jib track. Also to take some of the load by using ratchet blocks. These I positioned on the clew to get a better angle of sheet around the block. I attached the blocks to short tails from the clew with the idea that the blocks would not be wrapped on the sail when the latter is furled. 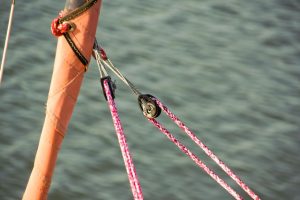 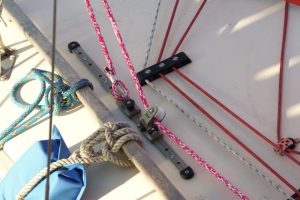 [Note added 10th June 2015] The ratchet block arrangement seemed to work OK at the jetty but a short trial today was less promising; the blocks may have to go on the sliders rather than the clew.