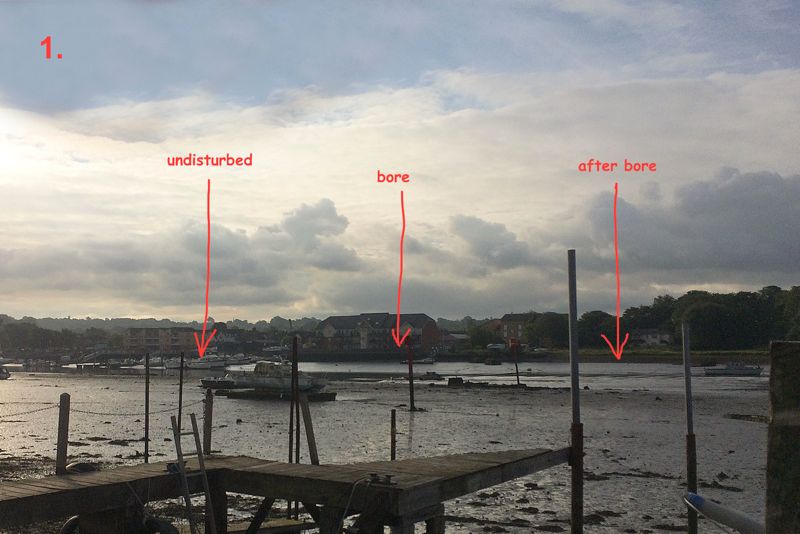 On 8th March 2011 I was having breakfast on the jetty when, at about 0640, I saw what appeared to be a tidal bore proceeding up the river. It was just after low water with about 1m tide height (tides that day were about 4.2m). The wave front was roughly V shaped and the waves were breaking along either bank. I contacted the Hydrographic Department at VTS about the event. It turned out that an anomaly had showed up on the Calshot and Dock Head tide gauges and the event was eventually ascribed to a large container ship entering the port at or near low tide.

This morning at 0748 I observed a similar, although smaller, event and managed to take some photos using my phone (unfortunately only after the bore had passed the closest point to my house). Again the event was close to the time of low tide. I was later contacted by Penny Holliday (from the National Oceanographic Centre) who had observed the bore progress from the railway bridge past Cobden Bridge. Penny described it as “a small wave stretching across the river, with calm water upstream, and very turbulent water behind it. The wave was a few centimetres tall, and as it passed under the Cobden Bridge, a herring gull disappeared from view briefly. It didn’t look like a typical wake wave, much more like bores I’ve seen in photos.”.

Below are samples of the photos which I took. The difference between the undisturbed water before the passage of the bore and the disturbed water after is clearly seen. On photos 3 to 5 (which were taken from the same spot) I have circled some moored objects to show how they moved with the passage of the event (indicating a bore rather than just a train of waves). At the bore front, breaking waves were occurring along either bank which can just about be seen in photo 2. 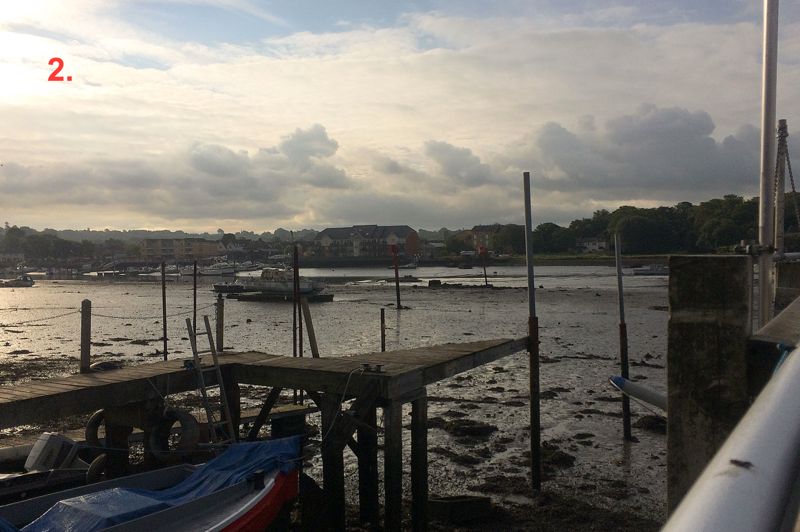 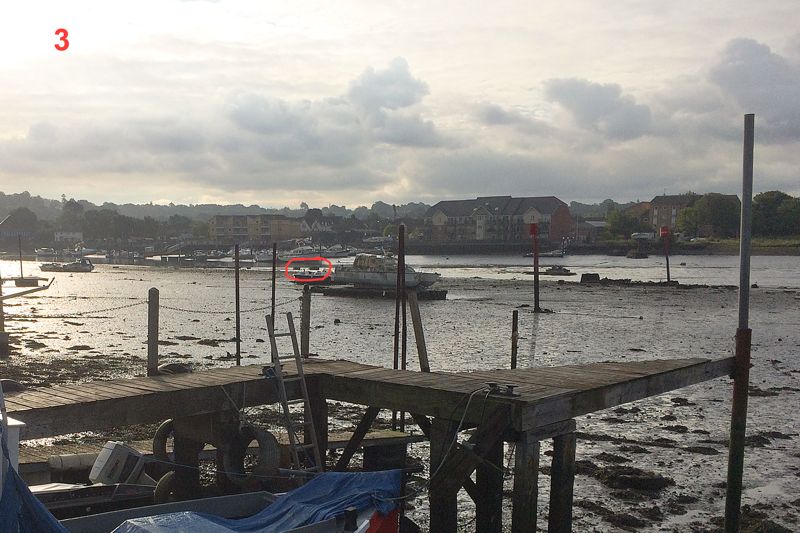 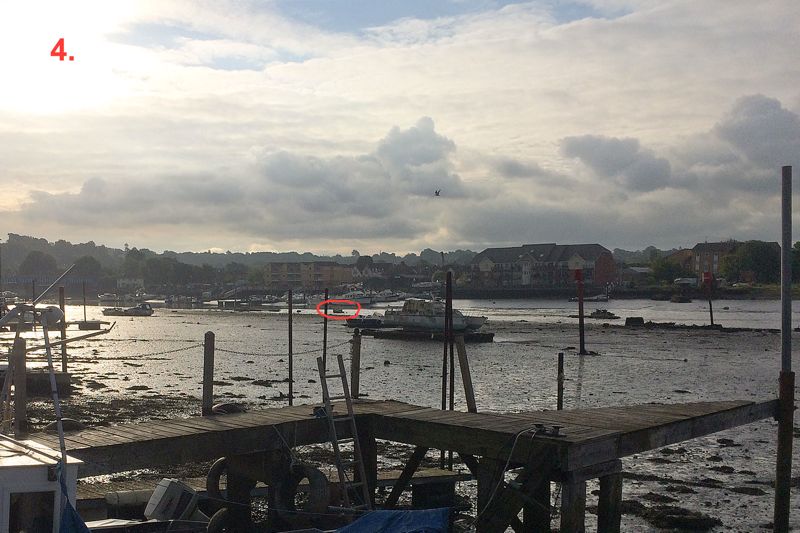 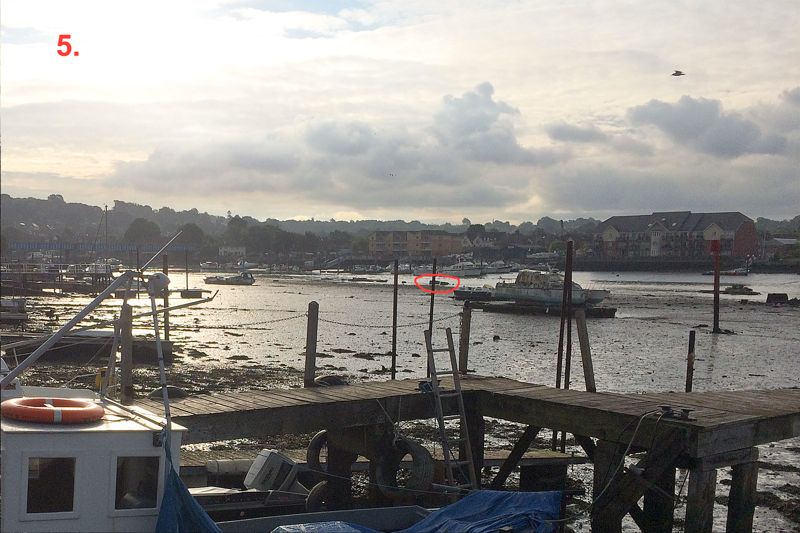