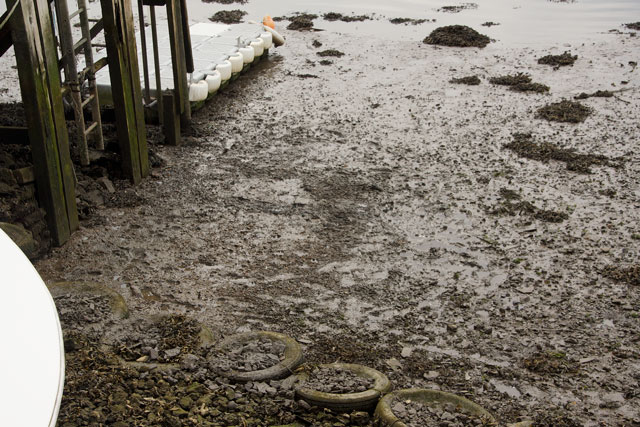 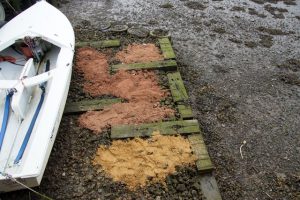 With Seatern in West Wales for about 3 weeks I thought I’d get lots of things done… of course I didn’t. The weather was generally poor so I did catch up with bits in the house. I did rake over the area where Seatern lives, removing a few larger stones. One of the old jetty uprights which would have been sunk into the mud back in February 1998 when we rebuilt the jetty now ends about 1″ above the mud! The beach has been lowering, particularly during the storms of early 2014. Fortunately the new uprights which I put in in 2013 in preparation for Seatern go down further than the present mud level!

While doing the “beach” I dumped some of the bags of sand I’d got some time ago to cover the house air-bricks during a flood. The house now has “Property Level Flood Protection” and all the air-bricks are now automatic… and the sand was growing moss. It looks odd on the hard standing but will soon wash through the stones and disappear. 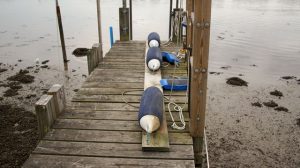 I replaced some of the deck boards in the jetty, and also the horizontal boards which stop Seatern’s shrouds catching on the vertical extensions which are designed to prevent Seatern drifting over the jetty during a flood tide. I also tried to improve the fender board by fastening the fenders near the top of the board rather than in the middle. However I’ve since realised that really I ought to hang the board from Seatern via the fenders rather than via the board. The present arrangement works so that’s something for when the board needs replacing! It will do a few more storms before then! 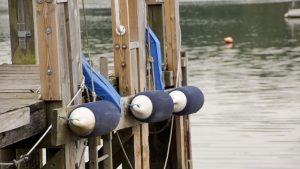 With the mast off Seatern I also took the opportunity to move the Windex from the starboard side of the mast to aft of the mast… where it had always been meant to be. More details in the next entry.