13th Dec: To Hamble Jetty and back 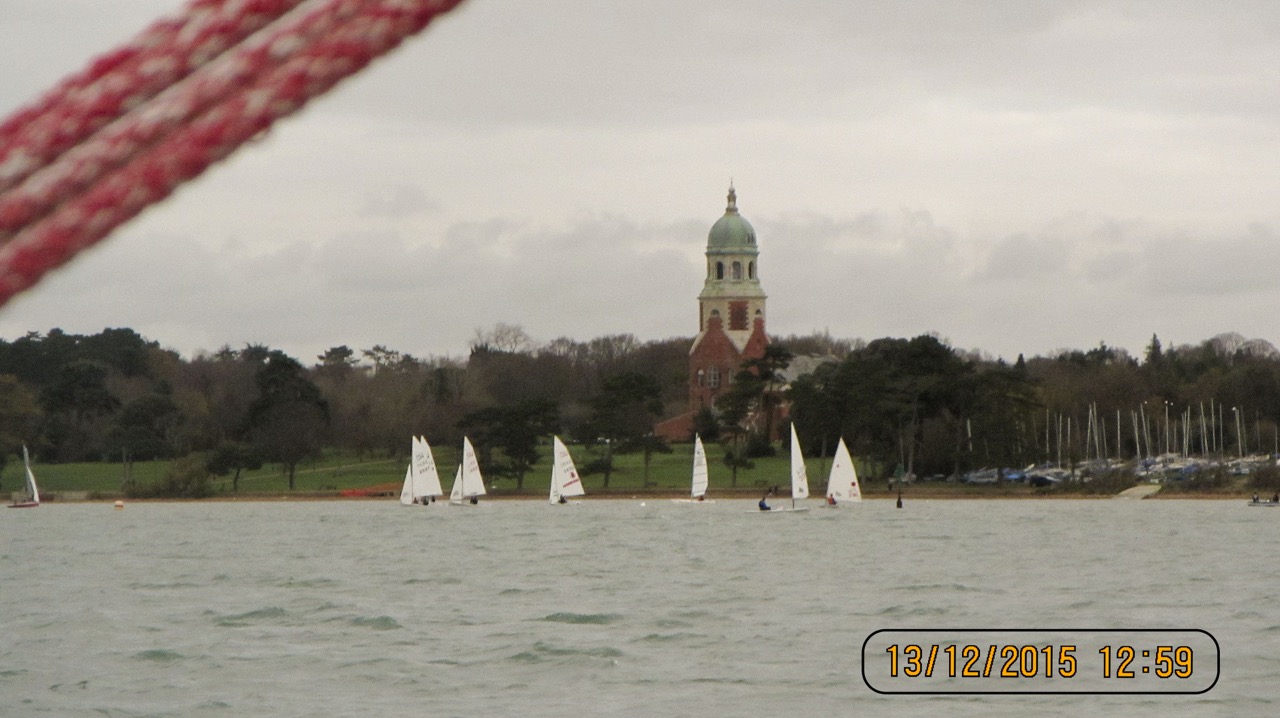 I was planning to start writing Christmas Cards today. Then I realised that it was the first day in ages that it wasn’t drizzling, raining, or blowing a gale; what’s more for December it was incredibly mild, it seemed too good to miss. The tide would only allow a short trip and, having made a late decision, I had to hurry to get Seatern ready to sail. 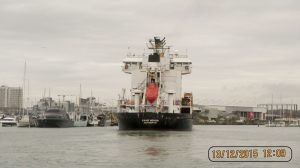 Left the jetty at 1038; being a Saturday there were lots of (noisy) rowers with their ribs so I went slowly once past Northam Bridge to get the mast back up. Approaching the Itchen Bridge I saw a dredger, the Sand Heron, coming through beneath it. Given that she would probably swing I left the main channel for the east side of the river. Another yacht was in the main channel and the Sand Heron gave a single loud blast before turning to port – I guess it meant “look out I’m coming” but it was a bit confusing!

I was motoring into the wind so set the sails once under Itchen bridge – they went up easily for once – and bore away to reach along along Weston Shore. All the dinghy clubs were out racing and I gave way to a couple of racing dinghies as they passed at close quarters. Up ahead a tanker was swinging prior to berthing at the BP jetty at Hamble. 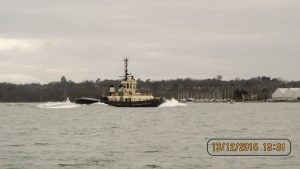 There was just a nice amount of wind to keep Seatern sailing at around 5 knots under control of the Tiller Pilot while I had a sandwich for lunch. They were still parking the oil tanker at the fast approaching Hamble jetty, so at 1206 I went about to reach back towards the Itchen. I kept offshore to avoid the main racing fleets. One of the tugs came back from the Hamble jetty at full hull speed putting up a huge wake which caused a passing speedboat to go nose up two or three times. I bet it threw the racing dinghy fleets around a bit. Would the tugs go much slower if they used less power? 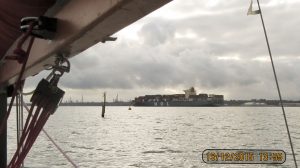 Nearing Dock Head I bore away and ran downwind towards Weston Shore before turning into the wind and dropping sail. Anticipating more rowers in the river, I let Seatern drift while I tidied everything away ready for later lowering the mast. The container ship I’d heard about on the VHF finally emerged from behind the grain silos and set off down Southampton water “clear channel”. Dai started at first pull and by just before 1400 I was back at the jetty.