Friday 28th June: the decision to cancel sailing on Thursday had been well justified by the strength of the wind. Many Raid participants took advantage of a ticket, subsidised by Swallow Yachts, to visit the Eden Project. Over Thursday night to Friday morning the wind increased still further and some participants were up in the early hours of the morning replacing or doubling up on mooring lines which were chafing in the wind.

On Friday morning (when the photos below were taken) it was still too rough to sail but the forecast was for the wind to ease off in the middle to late afternoon. Friday was meant to be the, now traditional, visit to the Pandora Inn in Restronguet Creek for sandwiches/cream teas As it was only the RIBs went around by water (diverting on the way to report a yacht blown aground onto rocks). Most participants drove to the Pandora although some may have walked.

By the time everyone was back at Mylor and the wind had abated enough to sail, there was little enthusiasm for what would have been a very short race. 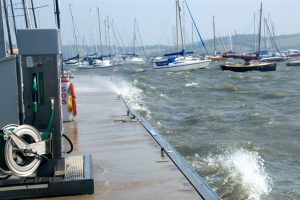 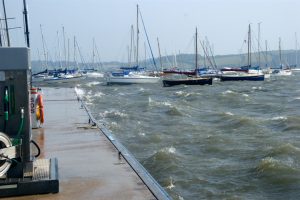 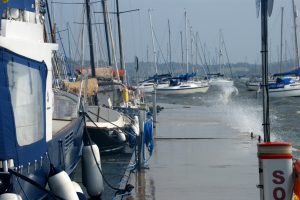 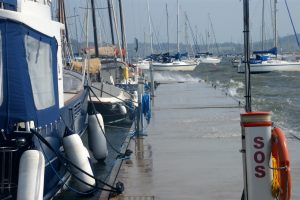 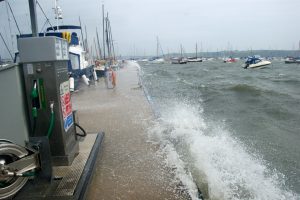 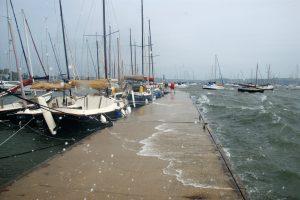 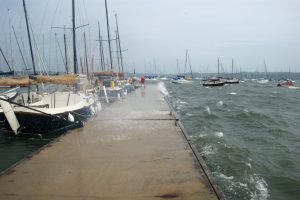 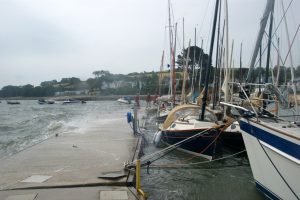 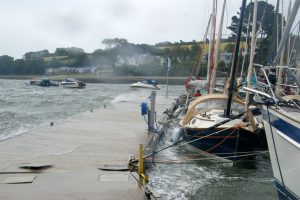 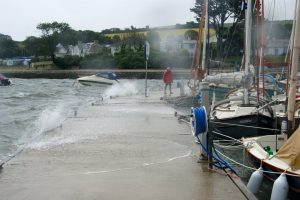 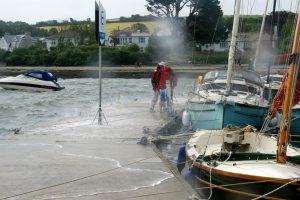 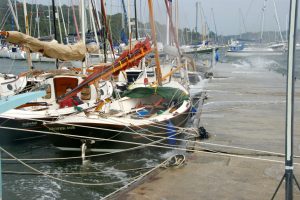 Seatern Diaries > 2019 > Images of the 2019 Raid > June 27th/28th: Gales!
Because we use Google Maps and other services, using our site may place cookies on your computer. If you continue to use this site we will assume that you are happy with it.Ok