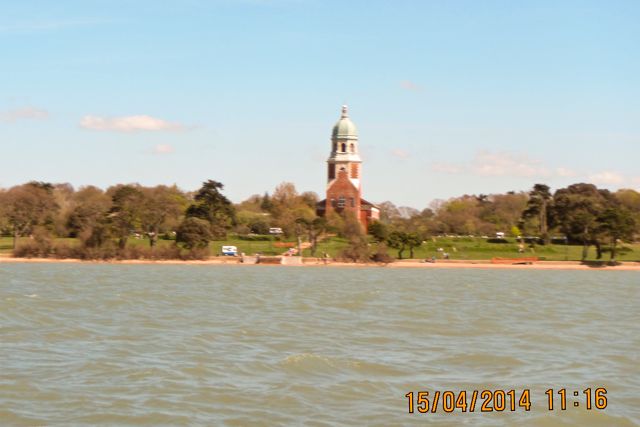 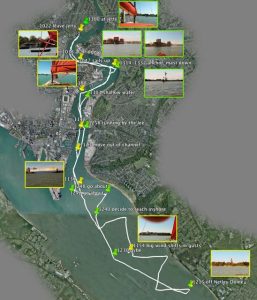 Left 1020, quite breezy so went into Chessel bay to raise mast and set sail. Was going to put in a reef but decided not and it was fairly calm going down the Itchen. On Southampton water the wind was more southerly than I expected and I tacked as far as Netley Dome. Gusts were good force 5 and came with significant wind shifts. I was over canvassed for gusts but fine in between. went about rather than gybeing to return. Nearing Woolston jetty I did a couple of reaches to see how she would go but only got 5 to 6 kt on the GPS.

Again went about to head up river but should have reduced to jib and mizzen. Trying to gybe in river, boom caught on mizzen which I could not haul in given the wind pressure and there was not room to luff up. Result was a worrying period running by the lee trying to get more down wind so I could harden up to avoid an accidental gybe with the wind shifts around the Itchen Bridge. Once clear of that I went up river at 5kts – near the speed limit! It was still windy when I luffed up out of the channel at Chessel to get the mast down so used anchor for the first time. All went well and will do that more often – saves constantly checking where one is drifting to. Back 1400 and all secured by 1430. 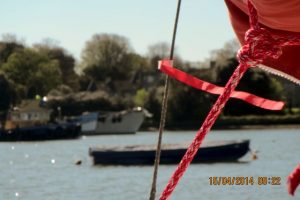 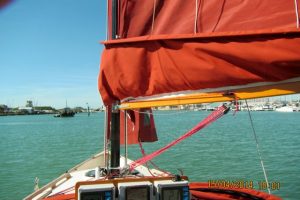 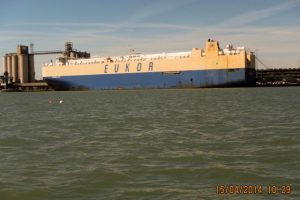 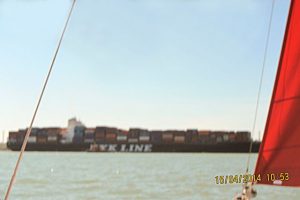 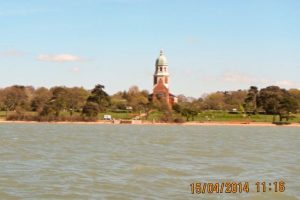 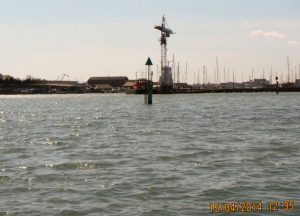 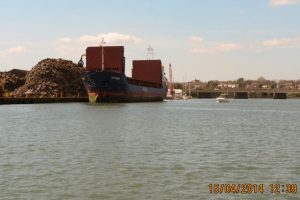 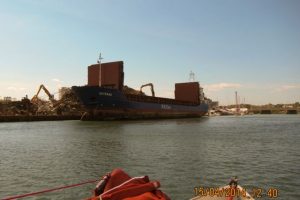 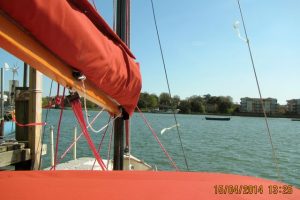