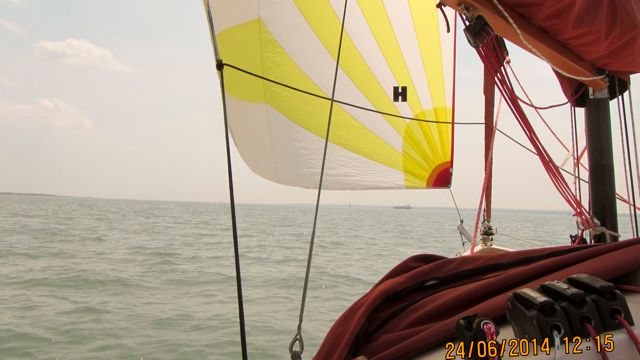 The tides and weather have not combined favourably recently so I’ve been catching up with things neglected while working on Seatern. However today it was a very calm morning so before breakfast I took the opportunity to see how the spinnaker rigged. I’ve never flown an asymmetric before and it’s many years since I flew a spinnaker while racing my Seafly dinghy. However I think it will be manageable on a light wind day. The tack line (“guy”?) didn’t run that freely so I might try a swivel on the pole – also both the guy and the halyard seemed about 1m too short to launch the sail from the cockpit without fear of it launching itself, I’m going to replace them. Here are some photos: 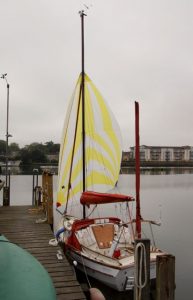 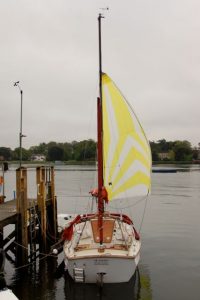 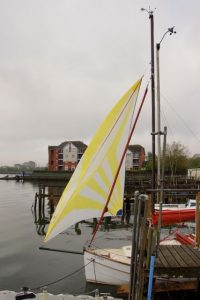 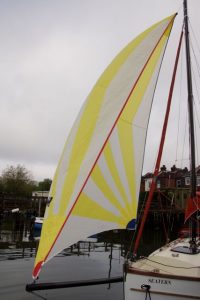 (Later Note:) I have now swapped the guy and the halyard for longer lines and put a larger block with swivel at the end of the bowsprit. The asymmetric got it’s first use on 24th June 2014 which is when the photo at the top was taken.