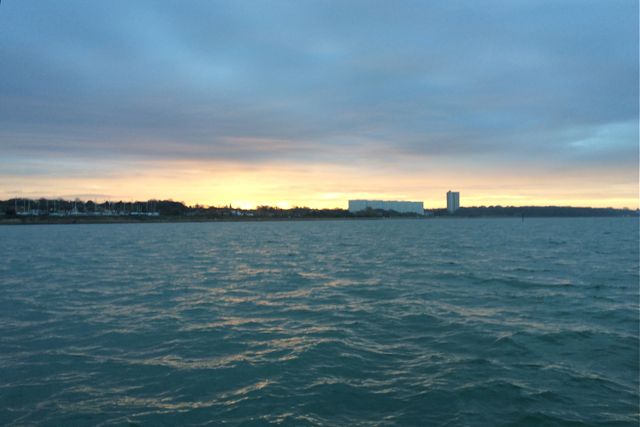 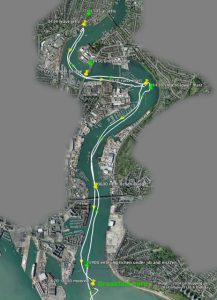 Slept on boat and left in dark at 0434. Calm morning and only boat on the river as I motored down to Woolston jetty and picked up one of the moorings. The BC20 freeboard allows one to reach over the side and grab the buoy! Watched Oriana dock and the sun come up as I had breakfast. Wind southerly so raised sails for beat up Southampton Water. Realised that away from high tide there is not that much room along the sides of the main shipping channel. Decided the Hythe side was better and tacked up that. Wind was freshening so decided to reef early since I hadn’t done it before. All seemed easy except tying the reefing lines – are they necessary with lazy-jacks? Lost some ground in reefing. 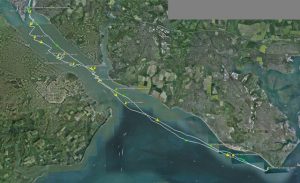 Crossed to east side before Hamble Spit in break between ferries. Carefully watched echo sounder but centreboard touched once and the downhaul cleat released as it is meant to do. After that, tacked on 2m soundings. All the attention to depth meant my tacking was poor as shown by the track plot. Once clear of the Spit I realised the wind had come round and was able to sail close hauled to the end of Southampton Water. Drizzle, low cloud, and very poor visibility meant I didn’t cross the Solent to Osbourne Bay as I’d planned but freed off and stayed away from the shipping lanes by sailing north of, and parallel to, the North Channel. Doing 6 to 7 kts by the GPS. Got to somewhere off Gilkicker Point where there seemed to be quite a few yachts coming out of Portsmouth. Turned and reached back having lunch (explains wobbly track). Wind seemed quite fresh so reduced to jib and mizzen for the river, but needn’t have bothered. Back by about 1500.
[Track length: 32.4nm; trip duration: 10.5hrs]

The photos were taken using my new iPhone which I’ve bought to get Met Office forecast charts via wifi or 3/4G plus be able to tell people where I am! 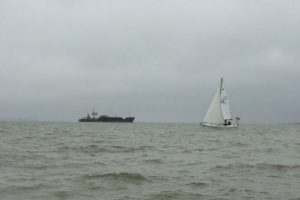 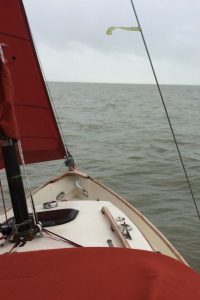 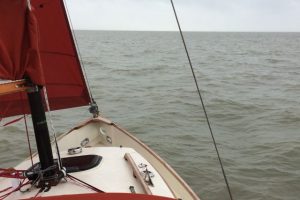 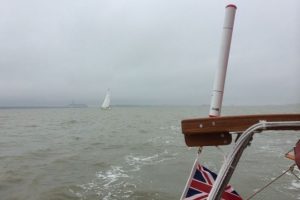 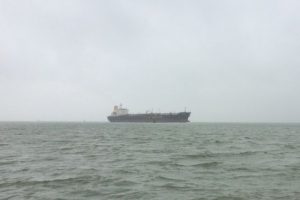 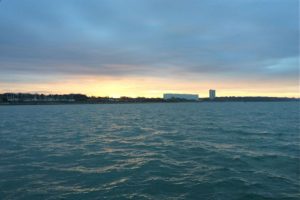 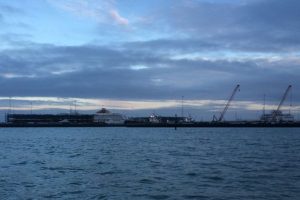 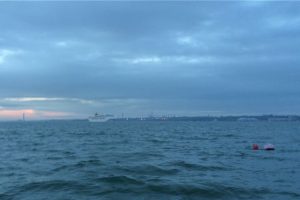 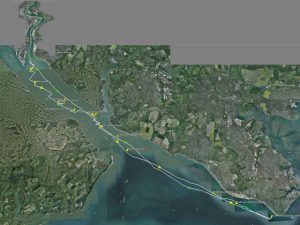