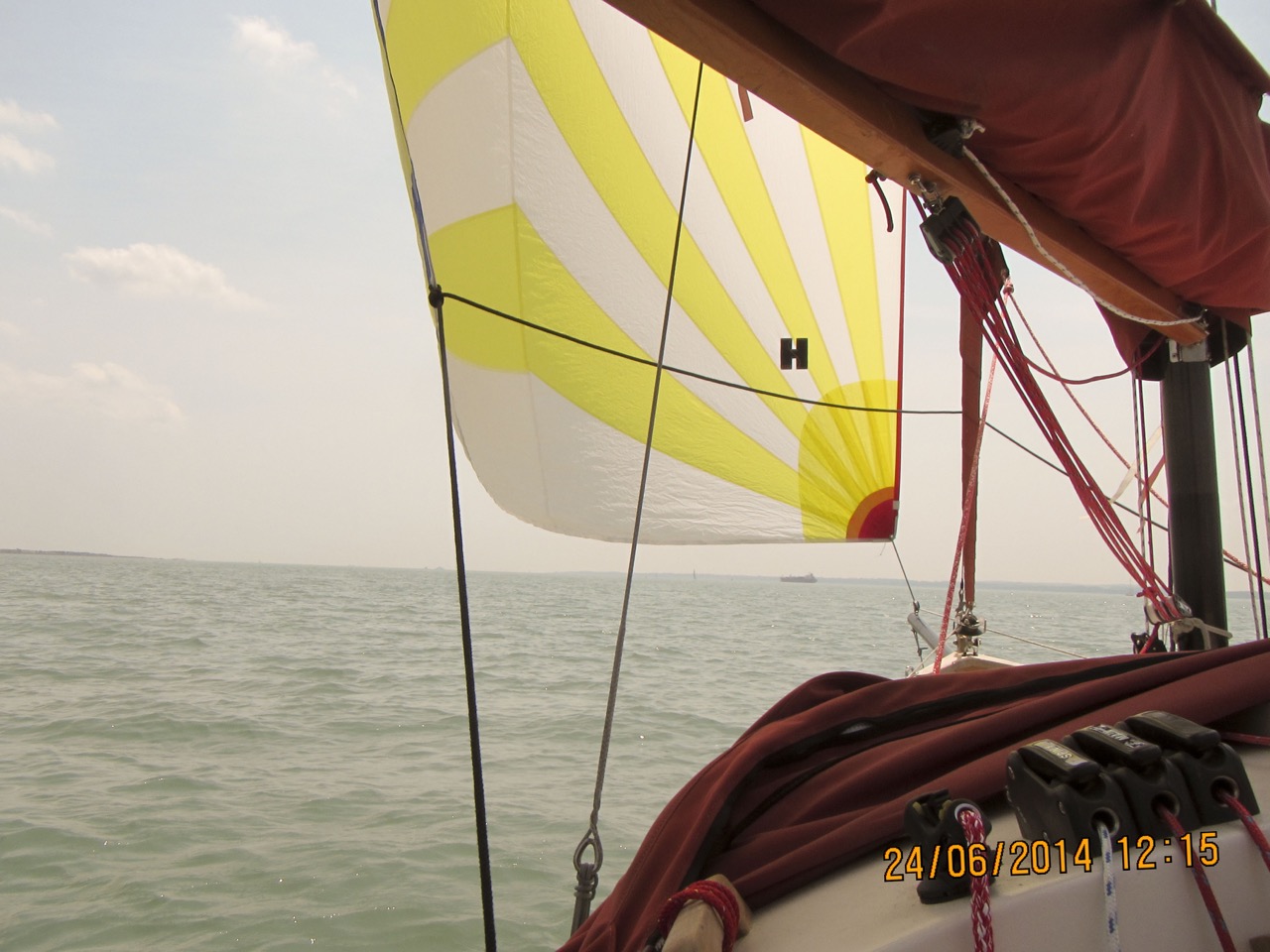 A day’s sail to No Mans Land fort where I was becalmed and had to motor back home. Two firsts: sailing unballasted and using the asymmetric (and for a time, both together). In light winds, getting rid of the ballast was a revelation. Seatern became responsive to the gusts and much more like a dinghy. I’ll be doing that more often! I used my 12V bilge pump to do most of the emptying – the Whale Gulper takes for ever, consuming over 4 amps throughout the process. I’m getting less and less impressed with it!

I re-ballasted before trying out the asymmetric, at first using it with the wind on the quarter which meant tacking downwind. However during a slow gybe I found that Seatern would run downwind goose-winged very well. I got up to 5kts on the GPS (maybe 1 kt was current). In the light winds there didn’t seem to be a tendency to roll even though by that time I’d emptied the ballast tanks! Some more photos below but not any while goosewinged – too much concentration needed in case she started a “death roll”! 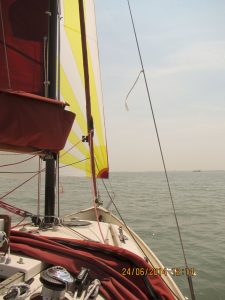 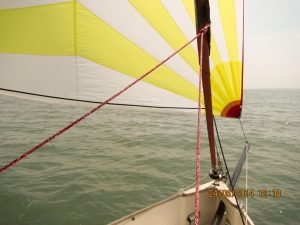 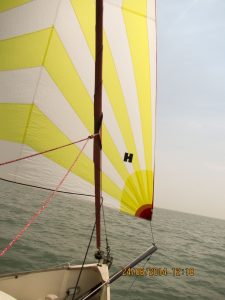 [Diary Entry for the Trip ]