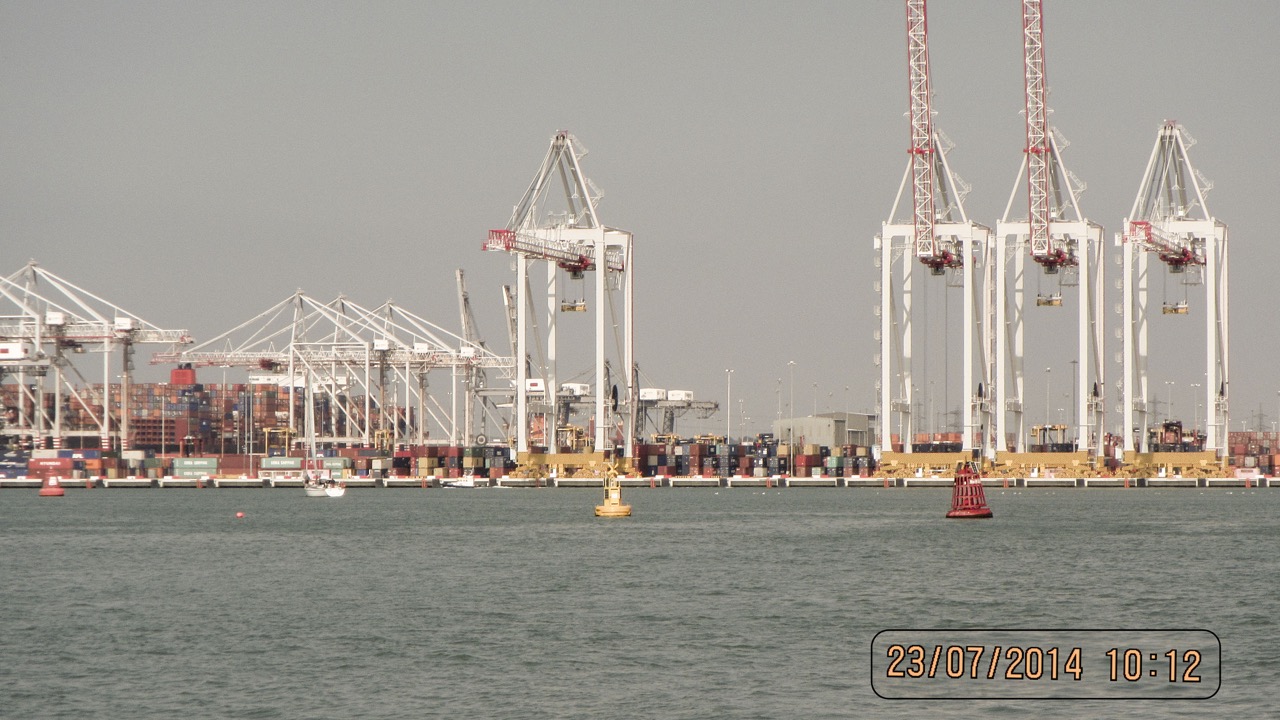 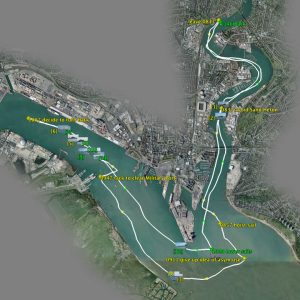 0813 left jetty. The plan was to have a short sail in Southampton Water and practice using the asymmetric. Nearing the gravel wharf (Brittania?) at around 0835 I noticed that the dredger Sand Heron was not moored but coming slowly towards me. I moved to the left of the channel but then saw that she was going to swing so I dodged behind the mid-stream pontoons to leave the channel clear. Was surprised to find Wyetow at the pontoons and later discovered that they were towing them round a section at a time to construct the Boat Show marina.

Once at Weston Shelf I hoisted sail but it was too windy to contemplate the asymmetric so sailed across to the Hythe side and, once the Hythe Ferry had departed, started beating up the Dibden Bay shoreline. Luckily, each time I was getting into shallower water the wind freed off and I got to the Military Port before needing to tack. Even then it was more a precaution rather than a necessity.

I hadn’t really appreciated how far the Western Docks stretch. Given that it was not a large tide, I had to turn back before reaching the start of the Container Port. I hove to west of Dock Head just outside the channel to get the sails down. Leopard had come out of Ocean Village Marina and was setting sail. Also the Southampton Uni. RV “Callista” with a host of students on board, none wearing life jackets. I think she must have been on an end of term “jolly”; they’ll have paid their fees so if you loose a few…!

At the new Itchen Bridge the Sailing Centre had a class of under 10’s in reefed down RS Fevas ( or maybe Taz’s). One capsized and the others reminded me more of leaves being blown by the wind rather than dinghies under control! I slowed down and managed to get past them without mishap. Back at jetty by 1146 having got the mast down earlier than I usually do which was a more relaxing way to do it! 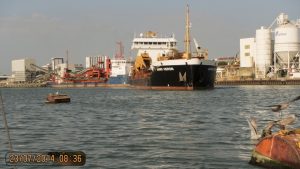 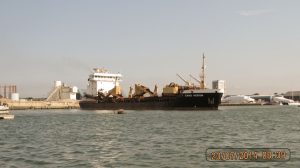 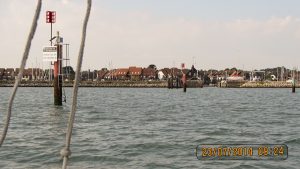 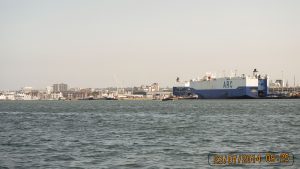 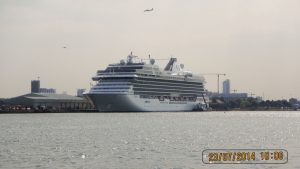 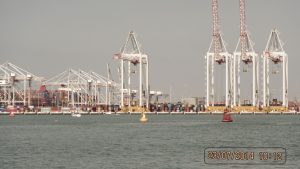 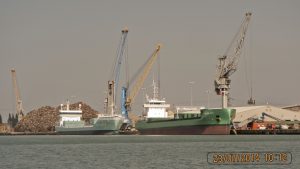 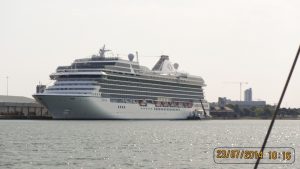 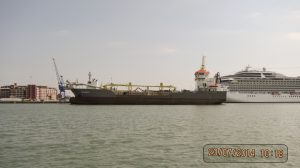 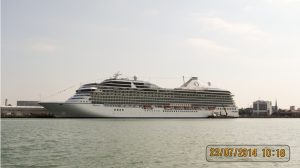 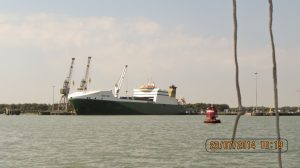 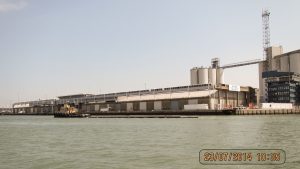 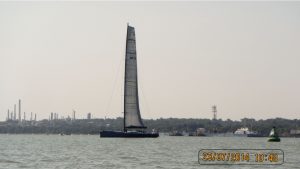 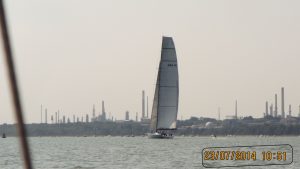 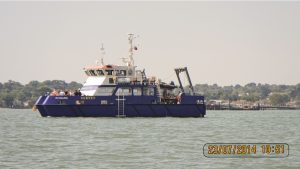