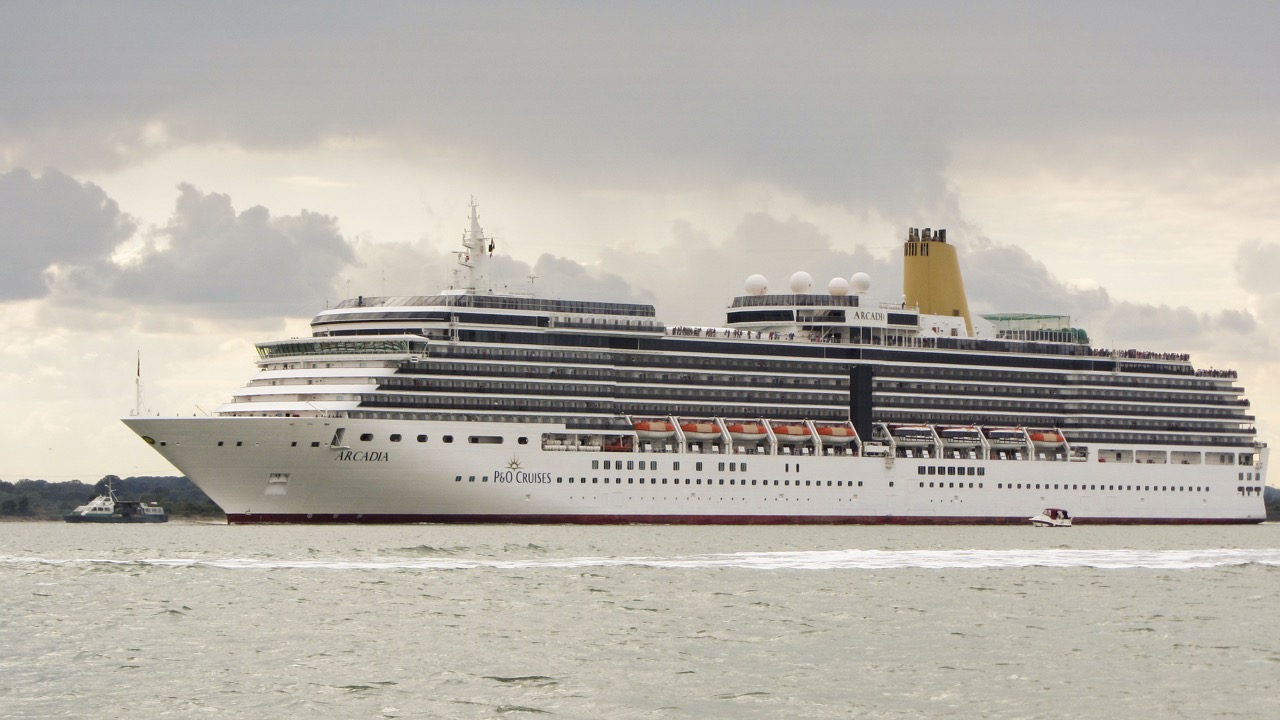 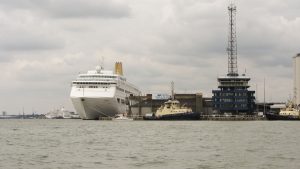 I’d arranged with Robin West to go out on Wednesday or Thursday, but Wednesday looked windy and Thursday, wet, so we went Friday instead with aim of sailing past Western Docks. Got sails up at Weston (having to motor backwards since I’d stopped too near the Weston Shelf moorings), then crossed to the Hythe side. The wind was light and changeable in direction and at first we hardly stemmed the current. Tacked inshore but wind lighter there. However it picked up a bit and we got as far as the military port passing the wrecked barge close to port and just showing above the surface. 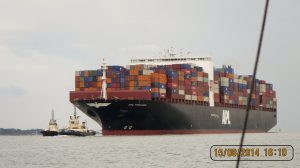 Had heard on VHF that Oriana was due to leave at 1630 and, not wanting to get trapped on the Hythe side, at 1600 decided to turn back. Then saw that there was a large container ship coming in as well as the usual ferry traffic. Stayed to the side of the main channel outside the reds until it passed, then, with very little wind motored across to the Weston side with the sails still up. 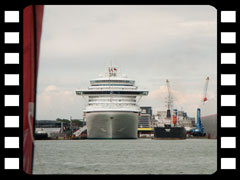 From around 1620 to 1708 we drifted with the motor in neutral watching Oriana and the Arcadia depart, then motored back up the river getting back for 1800. A large catamaran came out of Ocean Village; painted grey it looked like an inflatable! [10.6 nm]