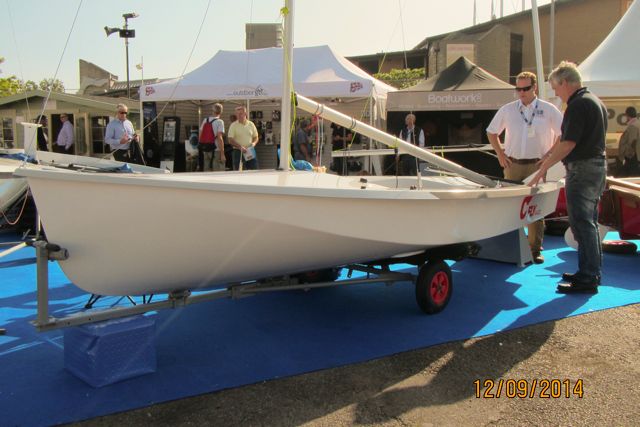 It’s Southampton Boat Show and I used my “Southampton OAP” free entry to visit on three days. On Friday (the “public preview” day) I managed to have a good conversation with Matt early in the morning and later met up with Andy Dingle to see his BC23; other SB owners there included Rob Johnstone. On the Saturday I’d arranged to meet with a potential Seafly owner at John Claridge’s stand. John had his new “Cfly” on display (photos) and managed to secure his first order for one. The “Cfly” is a Seafly hull but with updated deck layout, and apparently got a lot of attention during the show, some being from people who have looked at my “Seafly Memories” web site.

On Sunday Matt called at my jetty before the show to look at Seatern which has developed some small paint blisters. They are not serious but need attention and Matt, who was puzzled as to the cause, said he’d sort them out. As a result of our various conversations Matt said he’d provide me with a ballast pump (similar to that used in Wakeboard boats) to set up a totally pumped ballast tank system (i.e. both fill and empty). I suspect he thinks it may provide a better standard arrangement than the present forward facing self bailer. I hope it will be a lot better than the Whale Gulper that SB fitted to Seatern. I won’t be sad not to have to reach through the water in the ballast tank to struggle with the self bailer either!

At the Show on Tuesday I went with Matt to check and purchase the proposed ballast pump and some power supply items. Doing some other shopping I bought some new Crewsaver lifejackets at a discount and managed to get free re-arming kits for them from the Crewsaver stand – a good deal! 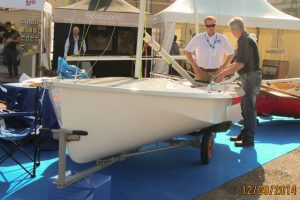 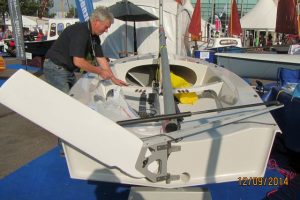 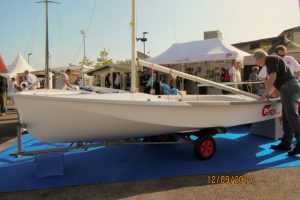