3rd Sept: Cowes and the Medina 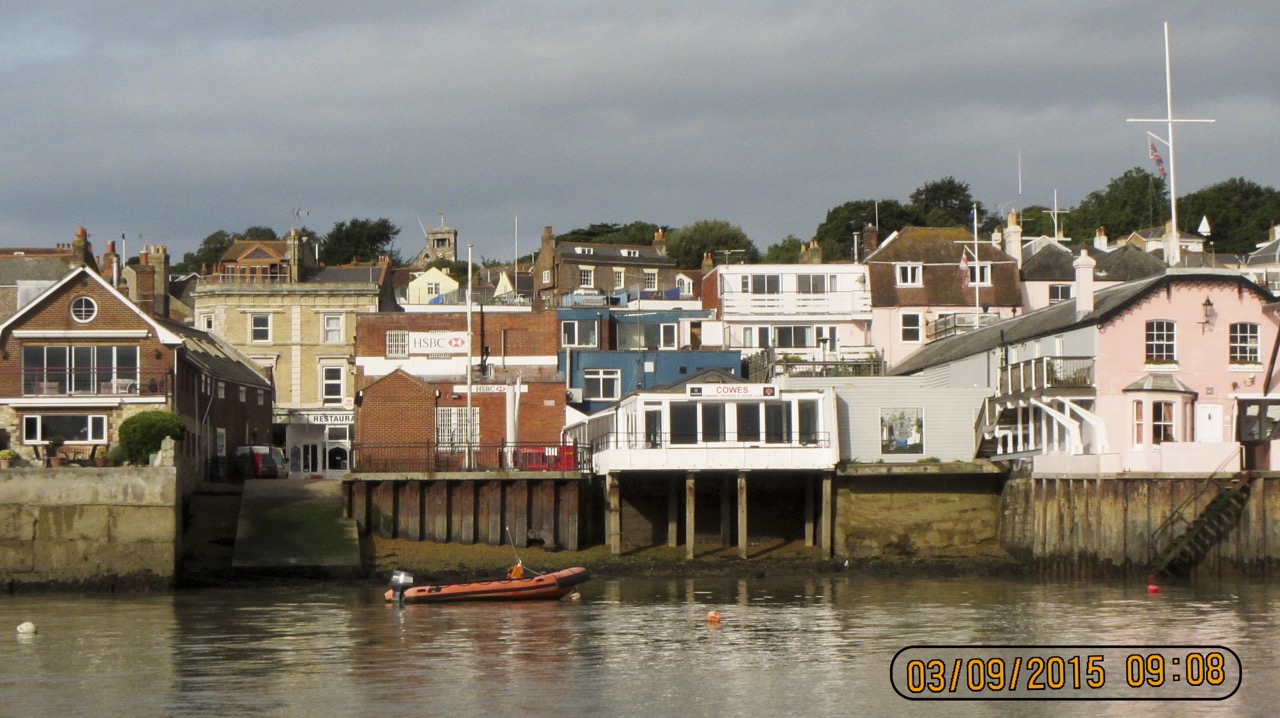 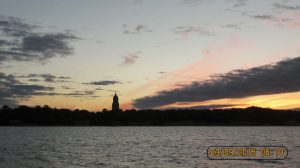 Woke early so got up at 0330 and left by 0455 having dropped my head torch into the river! The hand held torch is nowhere near as good. Thus rather than hoist the sails in the dark, I motored up Southampton water while having breakfast… there wasn’t much wind anyway. 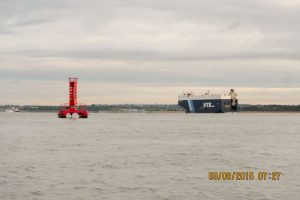 At 0640 set mizzen, main and jib just before Hamble Oil Terminal. Near Calshot Spit buoy (now a catamaran!) an enclosed car carrier was making the turn around Bramble Bank. Despite the NW forecast the wind was from the south and I found myself beating across the Solent. I decided to tack towards Gurnard and then back to go into the Beaulieu River before the flood tide set in. 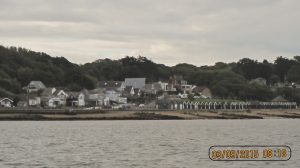 However the wind decreased again and approaching Gurnard I was making less and less progress westward as the flood tide set in. When I tacked I was simply heading back the way I’d come, and then the wind dropped almost completely. I decided to drop the sails and visit Cowes and the Medina, somewhere Seatern had so far avoided! 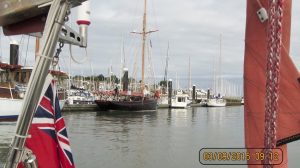 Going into Cowes I was busy taking photos of the waterfront. I’d heard something about Red Jet 4 on the harbour VHF channel (69) and when I looked round it was right behind me! Those things are quite quiet when they are going slowly! A bit further along the Jolie Brise was preparing to sail with, presumably, a crew of pupils from Dauntsey’s School, who “own, sail, and maintain” her. 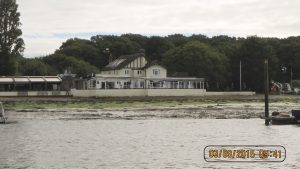 I continued to motor up the River Medina past the Folly Inn. It was still early on the flood so just before Island Harbour Marina the water shallowed to 0.3m and I was forced to turn back. Going down river the Harbour Master’s rib was close behind Seatern which gave me more confidence in passing the chain ferry known as the “Floating Bridge”. You have to give way to it but how do you know when it’s about to move? 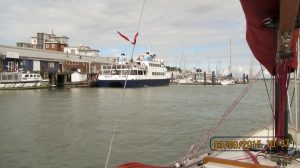 A fresh NW wind had now developed so, having passed the Wight Scene which was embarking a huge queue of sightseers, I hoisted the main with one reef while still in the shelter of the harbour. As required by the regulations, I continued to motor until past the new huge breakwater which they are constructing. I wouldn’t have tried sailing, the harbour is now very restricted by the breakwater. As it was, when I broke out the jib, the current swept my into one of the small orange buoys marking the edge of the prohibited zone.

With the tide in full flood the tack across the Solent brought me to east of Hill Head. I hove to to get lunch from the fridge and was swept eastwards; on the new tack Seatern was simply heading back towards Cowes. The wind had dropped away again and even without the reef it was clear I’d make little progress against the tide so I dropped the sail and started Dai. 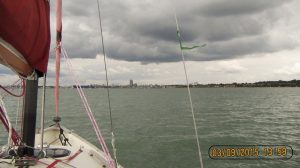 Once in Southampton Water the current turned favourable but I was too lazy to set the sails and short tack along the western side of the shipping channel, so motored back. The clouds, which had been odd all day, were now Cu under Sc, possibly a marine boundary layer off the North Sea? Seems unlikely. Got back to the jetty at 1455. [34nm much of it under motor!].