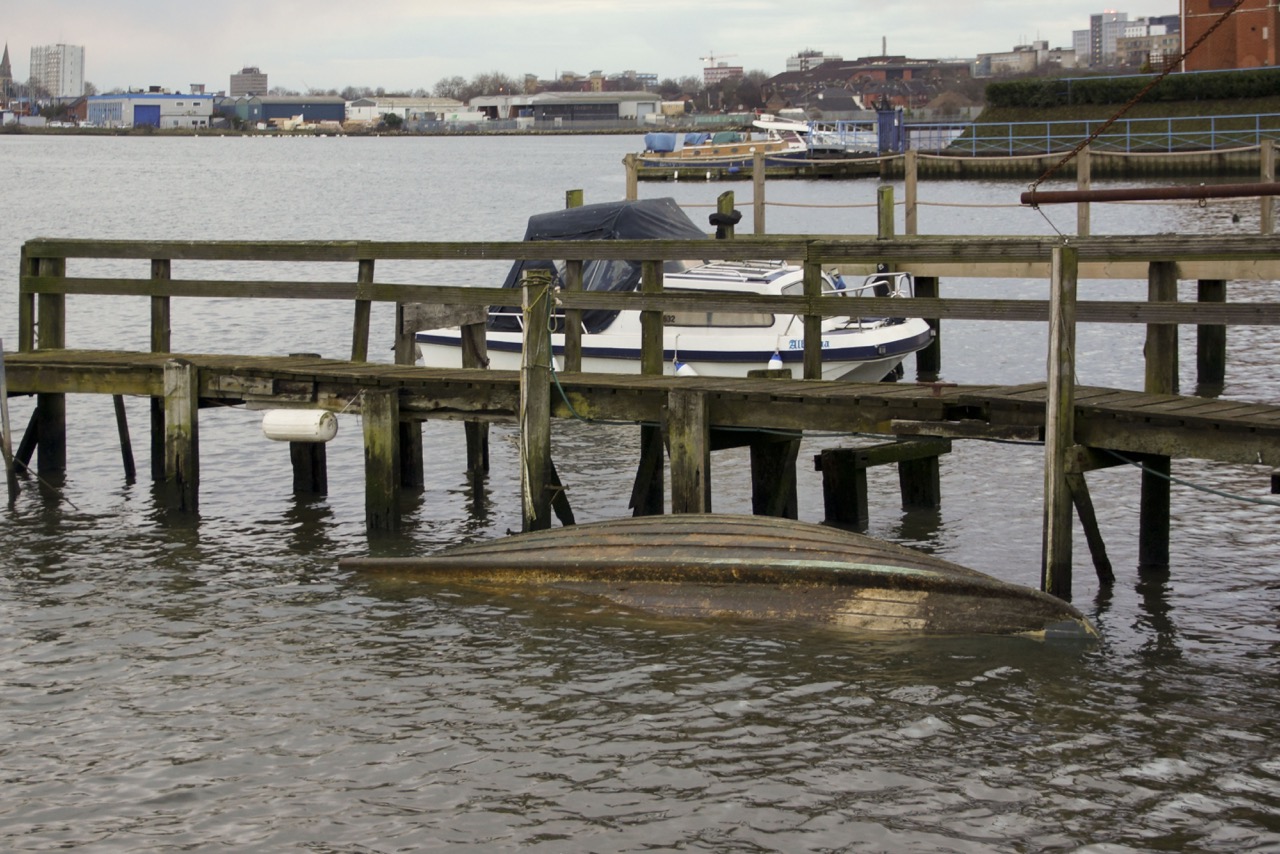 The tides are going away from springs so this morning I tightened Seatern’s mooring against the jetty (we’ve been having easterly winds) and lifted the outboard, Dai, back onto Seatern. It was still dark and I was in pajamas, but it meant I could lift the motor across while the tide was high enough to avoid using the gantry to lower the motor. I will have to lift Dai off again when I fit the anti-vibration pads.

Meanwhile, as illustrated in the photos, the easterly wind has been taking a toll on other boats. It hasn’t been particularly strong, but it’s an unusual direction. Mark’s boat has capsized, presumably due to the weight of rain water in the cover plus being forced onto the jetty. Similarly the tender moored out in the river is upside down.

The speedboat on Jo’s jetty (which has sank several times) has finally been moved to the location that I and Jo had previously suggested. However they have now moored their tender to where the speedboat had been by simply using luggage straps. How long the boat remains there will be interesting to see – I suspect not long!

There is also a new boat at the Quay 2000 pontoons. This new boat, Meldrum, looks as if it was a nice yacht sometime in the past.

[ Later Note: The photo of Mark’s boat, upside down at his jetty, was taken on the 20th Feb with the tide out. He says he is coming on the 25th to right it.] 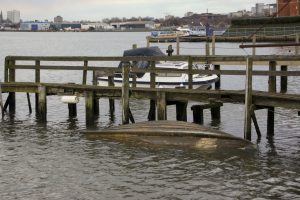 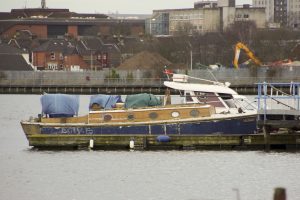 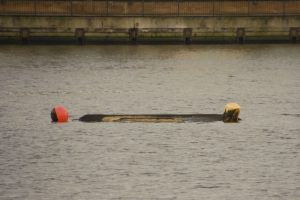 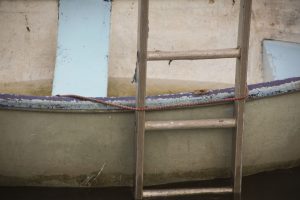 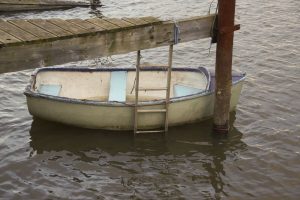