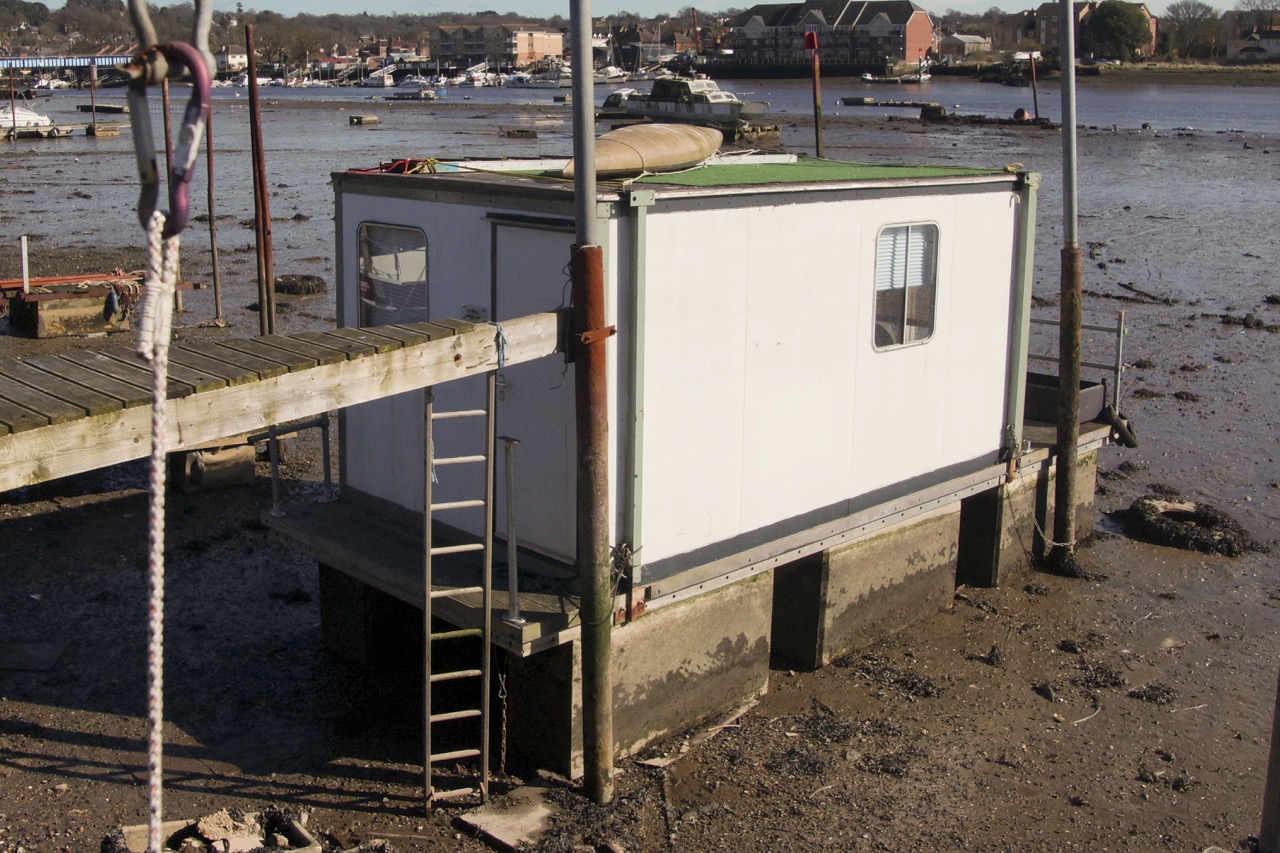 A portacabin has appeared on the next jetty to mine. Jo has rented space to a scaffolder, Austin, who works on festivals and uses it as an office on Thursdays. I was worried about the way it was moored and my worries were justified. If I was mooring something like that (1) I’d design and implement a proper way to moor it first, and (2) I’d watch it go up and down on at least one tide.

The first photos were taken on the 9th March when the Cabin arrived. I was suspicious of the way it was “moored” and on the tide that evening it started heeling over. I asked Russell to contact the Austin but the mooring to the piles was already under water so there was nothing I could do to save the situation. The photos of the cabin healed over were taken on the 10th during the daytime tide. Austin, has now altered the mooring but I think something much better is needed. 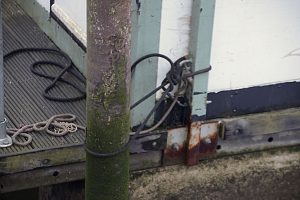 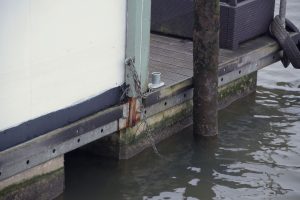 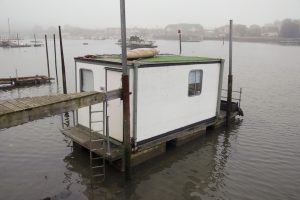 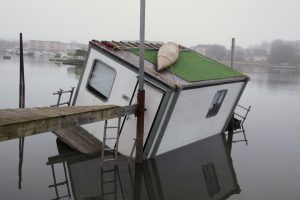 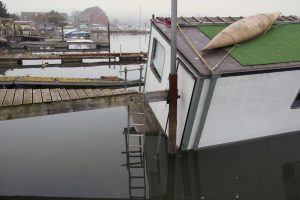 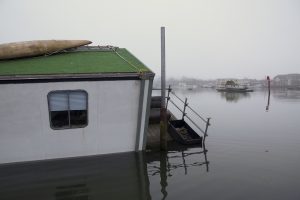