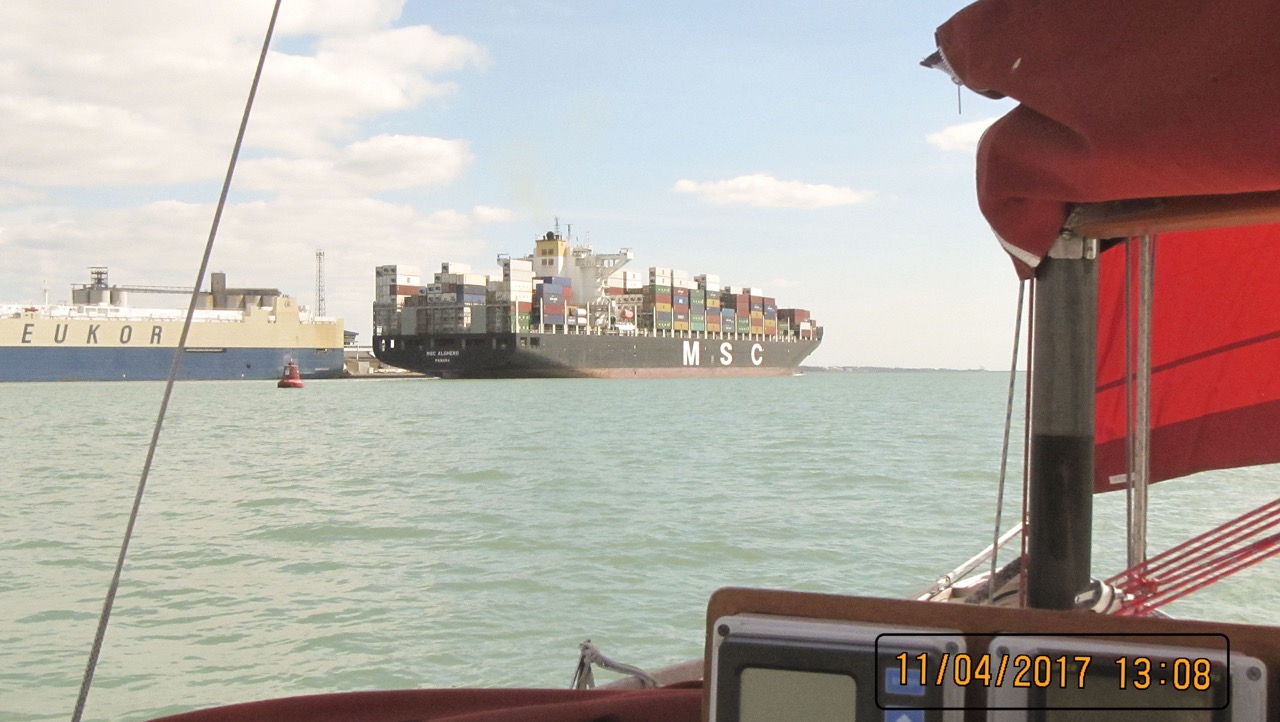 At last out on the water! I could have gone out last week but thought I’d better reconstruct the kitchen. Today i got Seatern ready to leave before the tide came in but the air pressure is around 1030 and Portsmouth was showing about -20cm tidal residual, so even at 1030 I had to slide Seatern out along the jetty to get properly afloat.

The hatch top instruments have stopped working and examination showed a frayed cable with broken cores. It’s only very fine multicore signal cable and clearly not strong enough with the hatch being slid back and forth. I’ve been wondering about altering the hatch top panel, this should spur me to do it! For now I just trimmed off the bare wires to avoid shorts. The only “vital” instrument I’ve lost is the compass and I didn’t think I’d get lost on this trip!

With very light winds I broke out the mizzen just after Shamrock Quay and hoisted sail between Ocean Village and the Weston Jetty. I decided to cross to the Hythe side and sail up towards Western Docks so as to have the current with me if the wind dropped. As it was the wind direction was all over the place. On the first two tacks the jib sheets caught up on the mast, on the second occasion with a Red Funnel ferry approaching. Investigation showed it was because I’d tied the fall of the spinnaker halyard to the spinnaker pole bracket – it had seemed a good idea at the time!

By 1230 I was stuck near what I think of as a “Diving Platform” – I assume its for painting the side of ships or something like that. If the wind picked up I stemmed the current, as it died we drifted back. UKD Bluefin was dredging over near Town Quay and a large container ship was singling up to leave.
The wind picked up enough to take me up towards the Military Port and with the MSC Al Ghero now in view I gybed around and started the run back towards dock head.

There was just enough time and wind to cross the shipping channel before the next inbound Red Funnel ferry. I got the sails down while drifting off Dock Head and motored back up the river. It had been rather a frustrating sail with the varying wind, but at least it was a start. At the moment using Dai is a joy since he doesn’t stall when you go into low revs, I hope it stays this way! (10.2nm in about 4 hours) 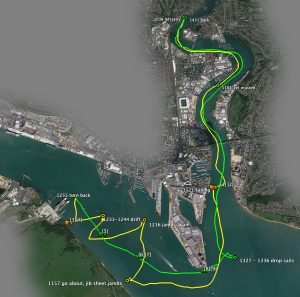 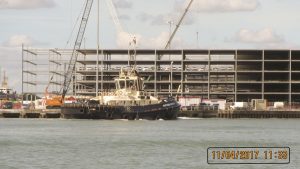 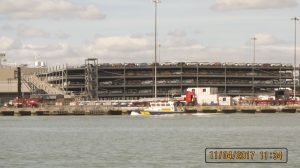 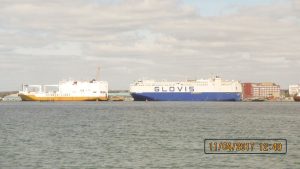 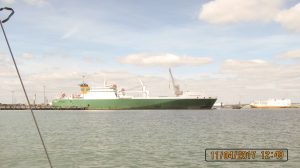 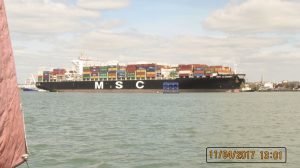 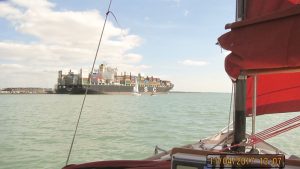 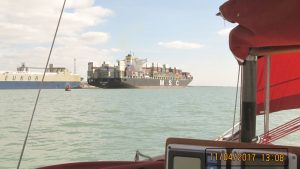 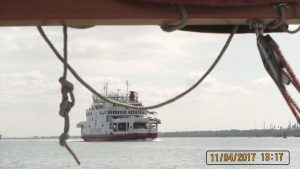 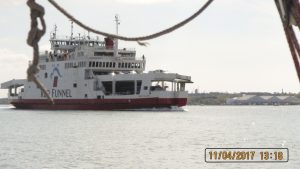