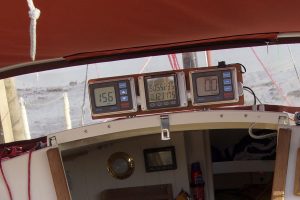 My original layout for the hatch-top instruments included a NASA Target Compass, NASA Clipper GPS display, and NASA Target log. The idea was to display speed through the water, speed over ground, heading, and course made good. However the log did not work reliably because the through hull hole for the sensor (in the well next to the outboard well) was in the wrong place. The hole is now used for the hose to the ballast tank pump, and the log display was replaced with a NASA close hauled display. However, the latter I found most confusing since it looks like the other wind readouts and I kept interpreting it that way!

I have now modified the instrument holder to simply take the compass and the GPS displays. This removes a problem with the original instrument cluster that I had not anticipated when building it. When the mast was lowered it sat on top of the instrument display rather than dropping onto the aft boom gallows. Now, at last, the boom gallows is able to do what it was designed to do originally! The photos below show the hatch-top instruments it after modification and in use on the 2nd May. Not only will the mast be more secure when lowered but the air draft will also be less for going under bridges. 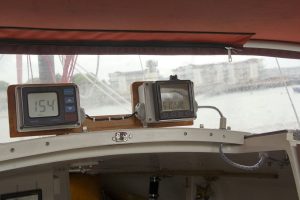 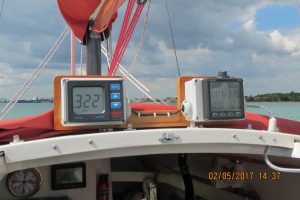 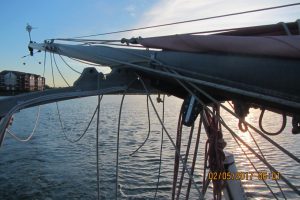 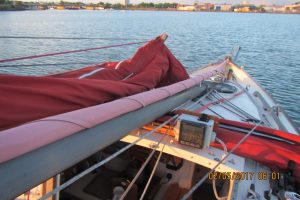 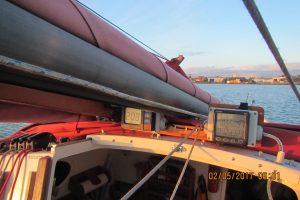