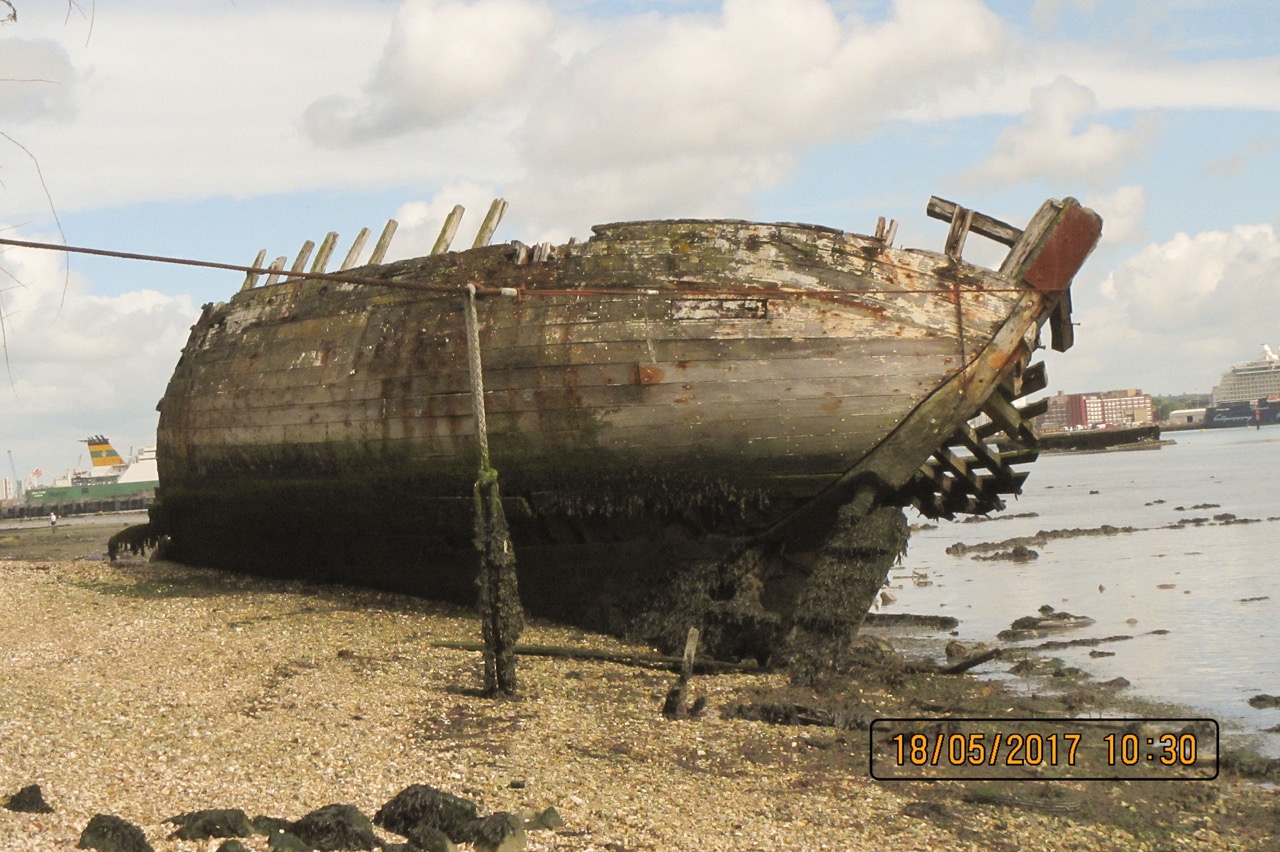 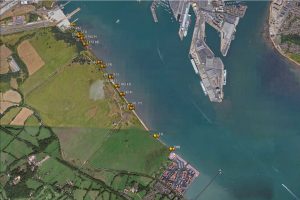 With neap tides but a poor weather forecast for sailing (little wind), I decided to try to explore the Dibden Bay shore again. This time I found the unofficial footpath between the granite boulders of Hythe Marina and the chain link fence around the boat storage compound. For about the first km there is a path between the field edge and the beach. In this first section the sea defences are laid down concrete slabs which once may have formed a vertical sea wall before erosion took place. 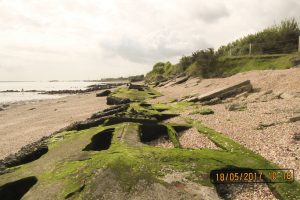 At a point which aligns with a track perpendicular to the shore would intersect the beach, it is necessary to either head more inshore to avoid marshy ground, or descend to the beach. presumably the tracks mark the sections of coastal marsh which were infilled in turn. 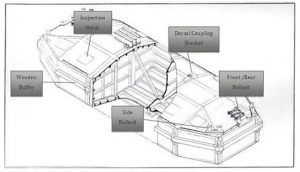 The shoreline is now lined with concrete and metal “Beetles” which was the code name for the floating pontoons used to support the Mulberry Harbour road ways in the second World War. Marchwood Military Port dates back to the D-Day preparations and these “beetles” were probably spares which did not go to France. The diagram is from a video on assembling the Mulberry Harbour at Marchwood ( https://www.youtube.com/watch?v=mvXnQYN0l3k ).

The beetles stretch for about 0.5km and then metal pilings take over. There is a large wooden wreck and further on a large barge on the shore. Out in the bay is the barge wreck I have sailed near and around on a number of occasions. I kept to the “cliff top” along this section and descended to the beach where the next perpendicular roadway reaches the shore. 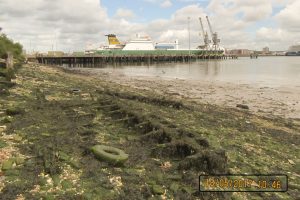 From there to the Military Port (now known as the “Sea Mounting Centre”) the shore was once lined with wooden pilings. There is lots of metal debris which suggests some quay side installations. Looking at old Ordnance Survey maps it appears that work began on the Military Port about 1931 and that this section of the marshes was separated off at about that time, possibly as part of the port construction. Modern aerial photos suggest that the land inshore has been cultivated more than the rest of the Dibden Bay infill. 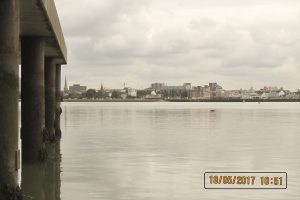 I walked as far as the Military Port and gazed under the piers before retracing my steps back to Hythe. Even though what would once have been marshlands with huge bio-productivity have been filled in to form rough pastureland, it still seems a wild coast. It also remains an important area for migrant birds. However I’m sure ABP will get permission to build port facilities on it in the not very distant future.