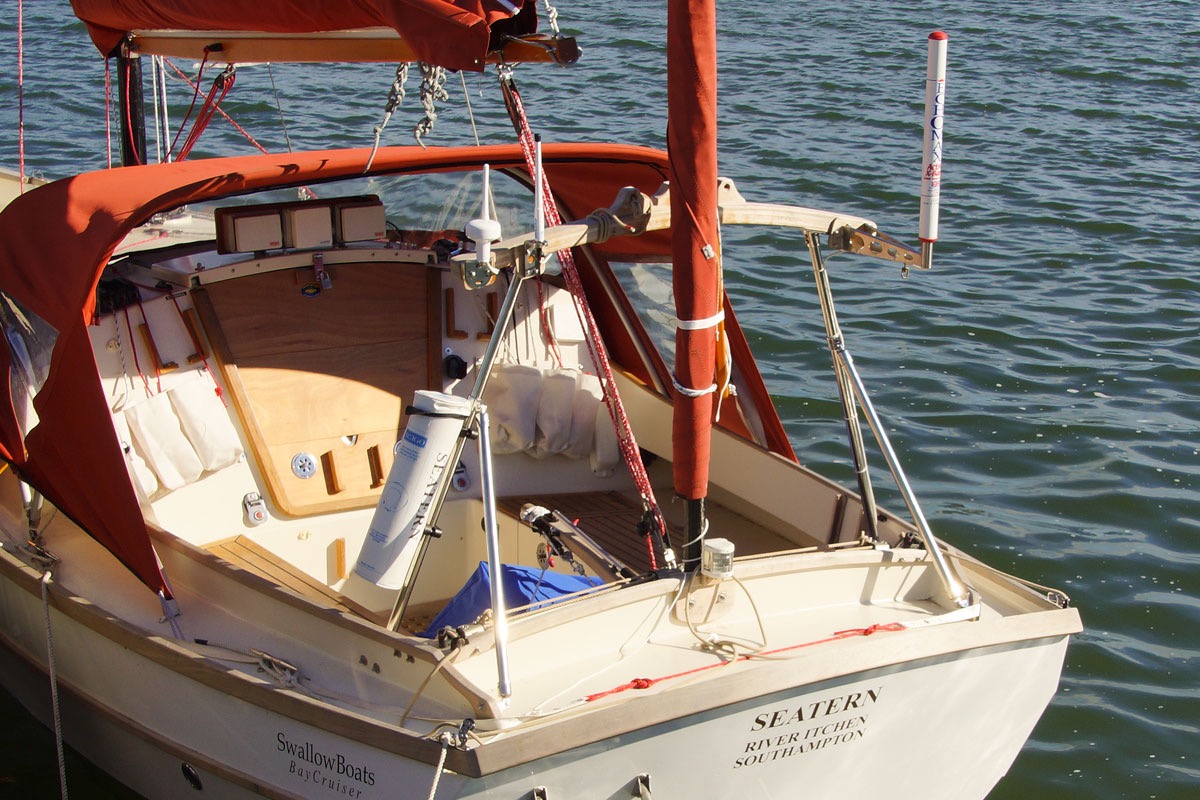 A new BC20 owner asked me for some photos of the boom gallows in order to get one fitted to his yacht. In case others would find them useful here is what I sent…

Photos of the boom gallows, two from 2014 when the gallows attained its present form and some from today.

The bottom part of the gallows is in 1 inch diameter stainless and bolted to the cockpit combing. The top (like the rest of Seatern’s wood trim) is bare teak and laminated (by Swallow Yachts) to get the curve. It is about 4cm x 5cm and has an horizontal width of about 112cm being curved up by about 8cm so that the lowered mast is held at about 84cm above the top centre of the aft cockpit combing – which keeps it above the cockpit hatch. However Seatern’s mast is hinged at the cabin top, a standard BC20 has a different mast foot.

The main legs are about 95cm long and bolted to the combing at about 28cm from the rear combing edge. The rear struts (which I added) are about 70cm long and were needed to give fore-aft rigidity. The port rear strut is really useful when climbing out of the water using the transom ladder! The fittings I used are canopy fittings from Baseline Marine (who I use because they are relatively local to me).

The fore-aft position of the gallows is chosen so the boom, attached to the mast, can just sit on it. Knots in the mizzen sheets prevent it fouling the gallows and attached aerials when running. Note that the attachment of the mainsheet to the boom needs to be forward of the normal position which probably means drilling the boom for new through bolts. 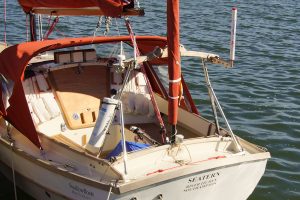 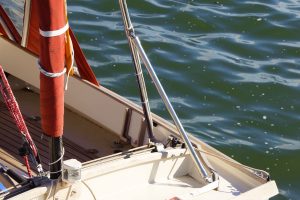 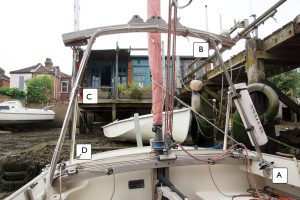 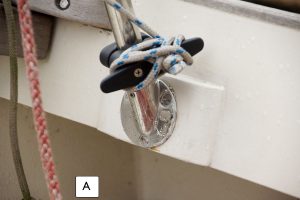 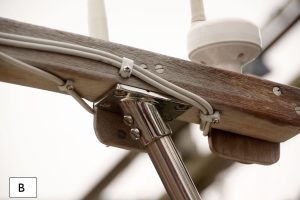 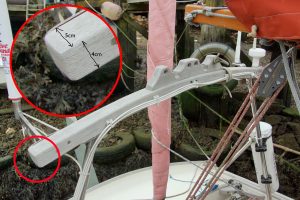 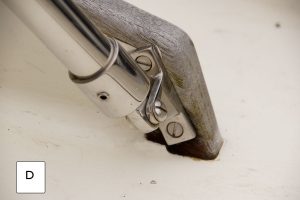 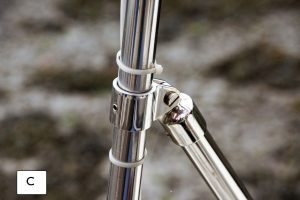