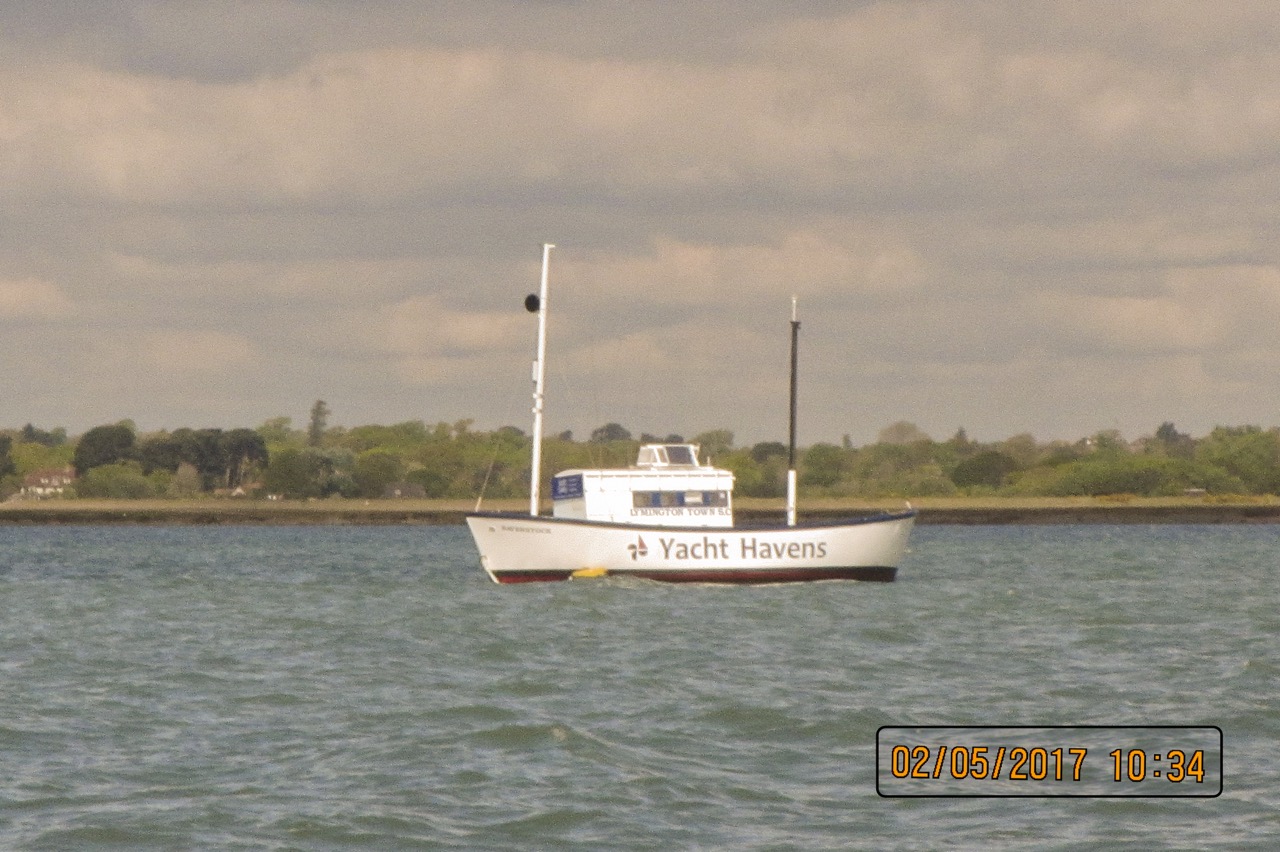 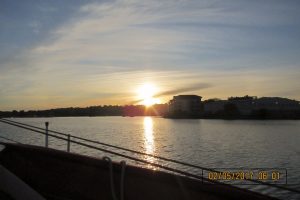 Tide times would have been better later in the week, but today (Tuesday) looked warmer than the < 10C temperatures forecast for the following days! However I woke at 0400 on Seatern to the sound of wind howling in the rigging and rechecked the forecast before deciding that it ought to be OK for sailing. Preparing to leave was slowed down by realising that I had not topped up the petrol tank. It was the first time I’d refilled it with the fuel tank now detachable from the fuel hose after fitting the new fuel filter. It was much easier not having the fuel line dangling from the tank while taking it away for refilling.

By the time I was ready to leave at 0600 the wind had dropped from force 5 overnight to calm, at least on the river, as I motored down towards Dockhead! There was more wind on Southampton Water and it appeared to be increasing so I kept motoring while I had breakfast and set sail at about 0700 off Victoria Park, Netley. With the ebbing tide and on a close reach Seatern was making 4 to 5 knots over ground and even 6 kts at Calshot where there seemed to be something of a tide rip.

I had seen them raising the flags on Calshot Tower at about 0750 so just after 0800 I called on channel 65 from the cockpit using the remote microphone for a radio check but got no reply. I then tried the mike in the cabin and finally tried my handheld with the same result. Finally I called them on channel 16 and got a reply! It turned out they were having trouble selecting P2 on the channel 65 base station. In retrospect I should have phoned them rather than use channel 16, but I forget I have the phone, especially when on Seatern! 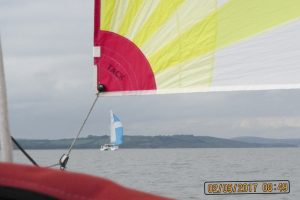 Having cleared the spit and with the wind astern I started to prepare to set the asymmetric. This was the first time this year and everything seemed to get tangled up! Meanwhile a catamaran behind me raised their spinnaker and sailed by! Fortunately once I had untangled everything the asymm went up easily, and by then the catamaran was well ahead, so it was not too embarrassing!

With the wind dead astern and on port tack I started goosewinging the asymmetric. However the wind was vearing and I was heading more and more towards the Hampshire shore so I gybed the asymm and headed more up wind, gaining on the distant catamaran in the process! However I was conscious that the tide would soon turn against me so gybed both main and asymm once more and steered toward the Lymington approaches. 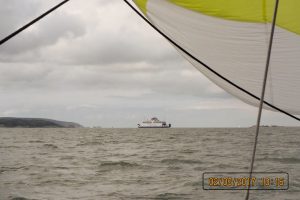 The 10 o’clock Lymington/Yarmouth ferries passed ahead of seatern and another yacht which was motoring into Lymington. Although the winds at Bramble had dropped to around force 2 by this time, off Lymington it was still blowing enough to raise white horses. How much these were due to wind against the now increasing flood tide was hard to tell while still running down wind. I dropped the assym and hove to while sorting out my lunch, putting a single reef in the main, and furling the mizzen – to be on the safe side.

Seatern was a little way from the Lymington Town Sailing Club committee boat when, at 1050, I started sailing back. It was a port tack beat and I was able to point further and further up the Solent as the current strengthened. The wind was decreasing and at 1145 I shook out the reef. By midday I appeared to be loosing the main current as Seatern neared the Isle of Wight and, with a fishing boat working ahead, I tacked back towards the mainland. 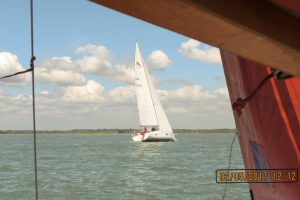 A larger yacht sailed past at an impolite rate, especially since she was pointing higher! Later I decided that I probably had the main in too tight for the available wind. Soon after I put in a short tack to keep in the stronger current while avoiding ending up south of the precautionary area – although there seemed little other than ferry traffic. By the time I was off Calshot the wind had dropped and I started Dai to motor across the shipping channel.

With hardly any wind I dropped the sails and motored back down Southampton Water. Off Netley there were about a dozen terns diving into a small patch of water; a lovely sight. Back at the jetty by 1530 and all secure by 1600. The Battery was showing 12.1V and 54% used, but the fridge had not gone into power save mode. [38.4nm]