31st May: Cowes and the River Medina 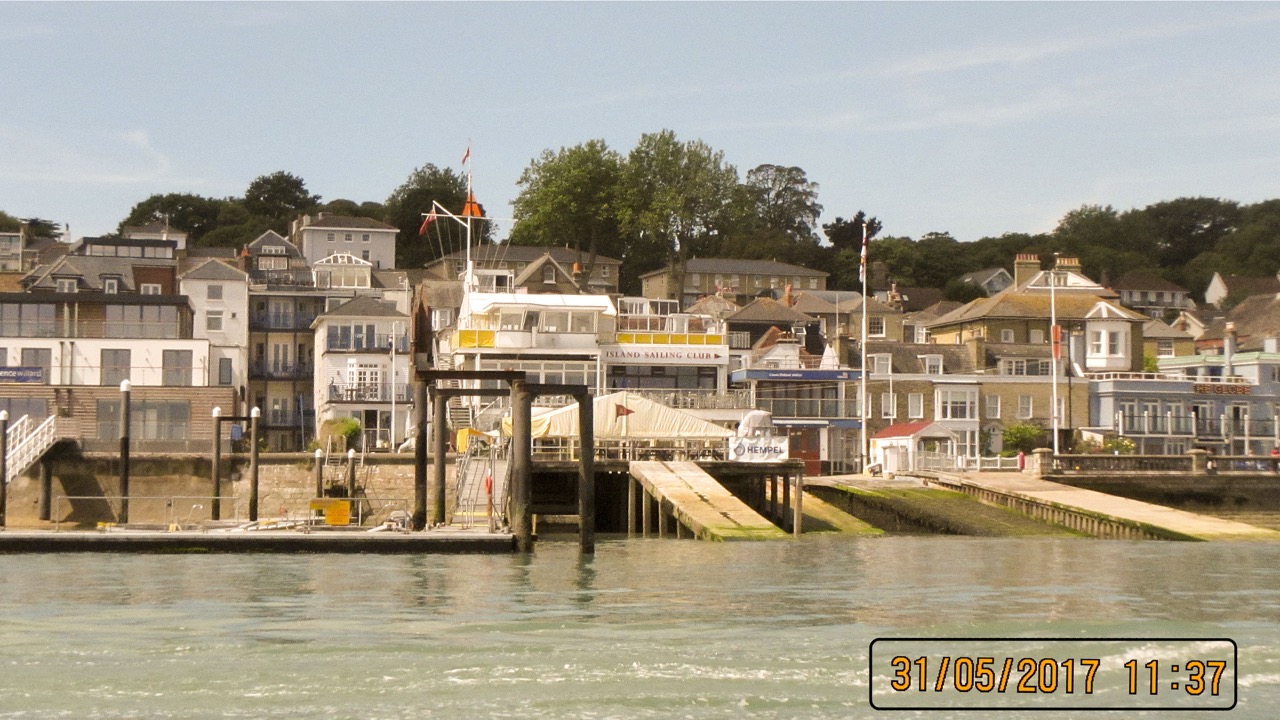 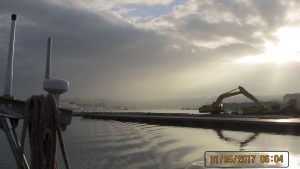 I wasn’t planning to sail today but I awoke early and while drinking a cup of tea on the jetty I saw signs of wind on the river and decided to go despite a discouraging forecast. Left the jetty at 0540 and motored down river listening to various reports of poor visibility on the VHF. Entering Southampton Water at 0620 I got the sails up but was drifting on the ebb tide more than sailing. By 0650 I’d had breakfast and had emptied the ballast tanks but was now becalmed. 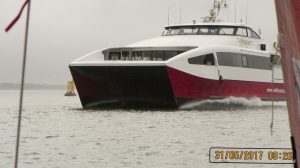 Anticipating a southwesterly I rigged the asymmetric for a port side hoist and by 0715 the wind started to pick up but from the southeast! I tacked on reaching the ship channel and proceeded to tack “east of the greens”. However that does not make one safe from the Red Jets and, with a clear channel tanker breaking away from the Esso jetties, Red Jet 4 squeezed between Seatern and the Hamble Spit Cardinal Mark! 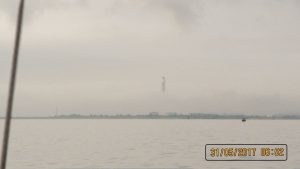 The visibility was still poor but by now I knew where all the ferries were. With the tanker swinging, and SP (the Harbour Master’s escort vessel) waiting, I took the opportunity to cross the channel and work up outside the reds. I called Calshot NCI on my handheld and one of the Watch Keepers came out and waved. The current was with me past the point and from there the depth constrained me to the side of the Spit.

Given that it was now low tide and the wind was light there was no point in trying to go into the west Solent. I decided to head for Cowes or Osborne Bay and passed close to the Light Float before crossing Thorn Channel. It turned out that there was just enough breeze to reach Cowes in the vicinity of the Prince Consort Cardinal Mark. I decided to furl the sails and enter Cowes and the River Medina; Seatern drifted eastwards while dropping the sails so I headed in via the small boat channel and then did a sight seeing trip up the Medina as far as the Folly Inn which I reached about 11am. 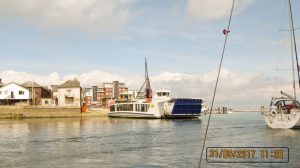 I thought that the Floating Bridge service was suspended since they have had trouble with getting cars on and off the new vessel. However coming back down the Medina I saw it change banks, it appears to be doing a pedestrian service only – or perhaps they were testing it.

The only time I’ve visited Cowes to sail was way back in 1965 when, following the Schools National Regatta I took part in the “Owen Aisher Invitation Week”. The participants were chosen from schools around the country. We were accommodated at the Royal Corinthian Yacht Club and the event was hosted by the Island Sailing Club. We raced firefly dinghies which were launched from the Cowes Corinthian Sailing Club slip. Cowes has changed a lot since those days but I think I have finally located the slipway which is hidden behind the refuelling jetty in the photograph. 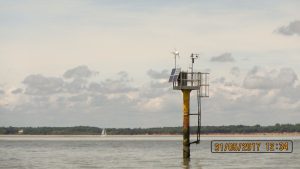 Leaving Cowes Harbour the east going flood was tearing past the buoys and there was no wind! I motored out to the edge of the Bramble Bank where, with a little more breeze and in the hope of less current, I hoisted the sails. However the result was that Seatern drifted eastwards which at least gave me a close look at the Bramble Met Post. It now has a Gill instruments met package but the anemometer is way too low being almost hidden by the solar array. Why don’t people realise that the wind has to get to the anemometer for it to measure it! 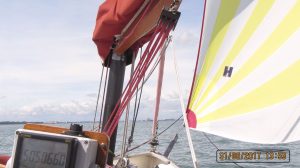 I gave up and started Dai and motor sailed back towards the Calshot Spit CM so as to skirt the precautionary area. Approaching the Hook buoy the wind was picking up a little and I decided to try sailing with the asymmetric. However the latter was still rigged for a port hoist so I gybed, hoisted it, and gybed again. It wrapped itself around the furled jib but was easy enough to untwist and set. I tried goose-winging using my home-made spinnaker pole but it’s a bit too short and, in light winds, desperately needs a topping lift. In any case the wind now veered and strengthened so I was soon struggling to keep the spinnaker flying with the wind too close to the bow. When I succeeded Seatern was doing 5.5kts or more but it was getting hairy since the ballast tanks were still empty. In the end I gave in and sailed the last bit using the jib. Off Weston Shore I motored into the wind while dropping sail and tidying up.