8th May: Cleaned bottom of hull, fixed water to sink 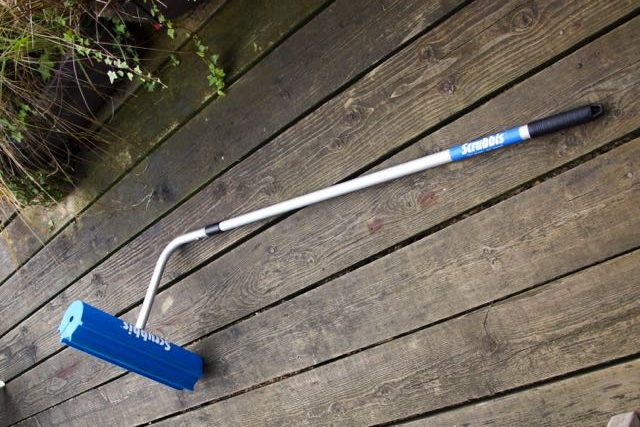 I took advantage of the relatively small tides and the north-easterly wind pushing Seatern away from the jetty to clean the bottom of Seatern’s hull. The zip on my dry suit took a bit of effort with the cleaner/lubricator bottle before I was more or less confident that I could both get in and out of the dry suit! Even with the higher “waterline” for the copper-coat (created in 2015) there was a bit of a beard of green growth just above it. The area is out of the water when Seatern is afloat so it is either due to wave splash, or is kept wet by the mud when the tide is out, or both. It cleaned off quite easily and the only growth under the hull dislodged by the “Scrubbis” was near the stern. Although it was ridiculously expensive I have to admit the “Scrubbis” works better that a stiff bristled broom which I used to use. The copper-coat still seems to be working well so it’s mainly a case of getting off the mud coating and anything growing in it.

I’d thought the water “tank” feeding the sink tap had run empty and I put in about 10l about a week ago. However the tap still did not work and feeling the flexible water tank there is plenty in it. I realised the pump in the tap must have lost it’s prime. I’m sure my parents would have known how to prime a hand pump but I didn’t. Putting my finger over the outlet during the one part of the stroke didn’t work. However immersing the end of the spout in a cup of water was successful. I don’t use the tank supply for drinking water – I keep that in plastic jerry cans – so I now have more water in the tank than I really need, adding to weight in Seatern.