The weather in the week after my Birthday celebration was not too bad, but I didn’t manage to take Seatern out – whether it was nervous exhaustion after organising the event, or whether I was fighting what felt like a potential cold, I’m not sure! On Thursday 12th October I could have gone sailing but instead visited Mottisfont, a National Trust property. One of the best things in the grounds is the fishing lodge (see photos). 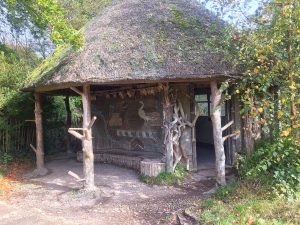 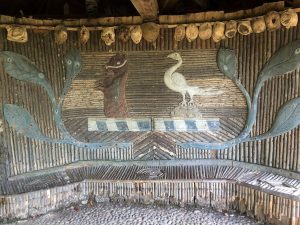 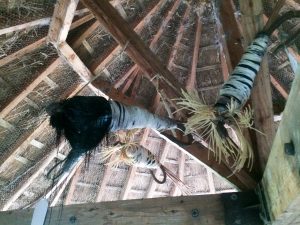 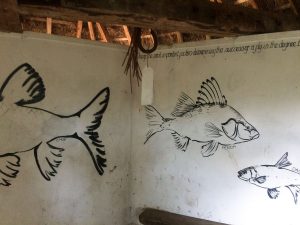 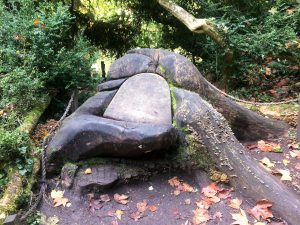 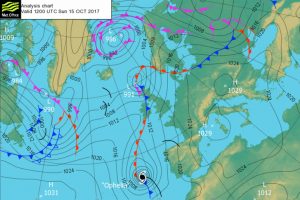 After that week the weather deteriorated! On the 15th October the chart was showing a hurricane approaching! In the event it passed over Ireland as an ex-hurricane but the training frontal system brought us a dusk like midday with a weird orange light which was variously ascribed to Sahara dust or (my bet) smoke particles from wild fires in Portugal.

On the afternoon of the 21st wind gusts at the jetty reached 36 kt  (force 8), here are some photos taken at the peak of the tide. I had taken the mizzen mast off Seatern and, since the wind was roughly SSW, I let the mainsheet out to try to cut down windage on the boom – but in retrospect I don’t think that was a good idea.  By the way, the black swan and the white swan seem to be a “couple”! 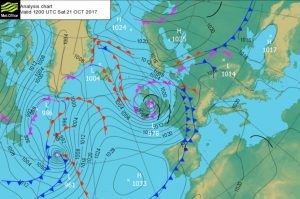 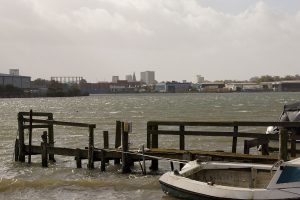 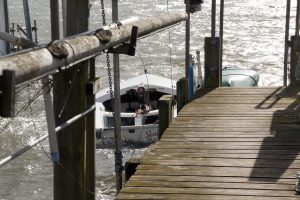 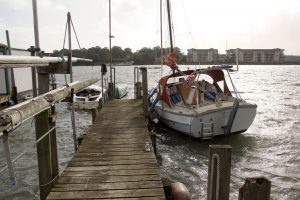 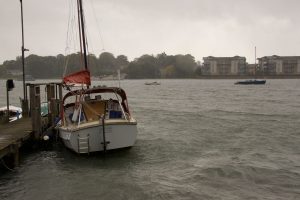 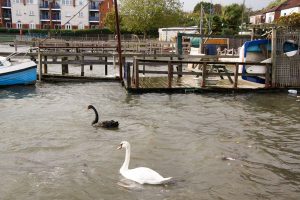 Seatern Diaries > 2017 > Diary Entry > Mid October: Storms
Because we use Google Maps and other services, using our site may place cookies on your computer. If you continue to use this site we will assume that you are happy with it.Ok