Last year I decided to chartered Seafin for Sunday the 8th October 2017 for my 70th Birthday Celebration. The date was a bit presumptuous since it is slightly before my actual birthday, but a weekend was more convenient for some of the people I’d be inviting, and on that date there would be a mid-day spring tide. Seafin, built in 1961, was one of the last wooden vessels built by John J. Thorneycroft of Southampton and is now operated as a hospitality venue. I’d seen her from Seatern on a number of occasions, and also watched her cruise by from Calshot Tower. The name seemed propitious too: Seafly, Seabee, Seatern, and now, Seafin …as long as “fin” doesn’t mean end! 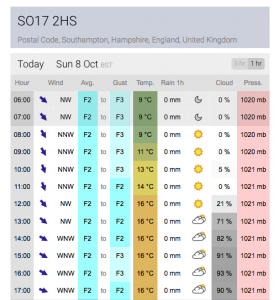 xcweather forecast on the day!

I viewed Seafin in mid October 2016 and, having checked that friends would be interested in the trip, booked her soon after. It seemed a good idea at the time, but the weather in summer 2017 has been so unsettled and mobile westerly conditions have continued into the autumn. A worst case scenario would be that most people would be seasick and we’d get back to St Denys to find there had been a storm surge and Priory Road had flooded!

On the day, one friend was unwell and could not come, but otherwise everything went unbelievably well! The minibus (booked from Airlynx Express) and all my friends turned up on time (despite an 0830 start!) and the weather was better than we could have hoped for. Paul (Seafin operations manager) had, as requested, off-loaded the jet-skis and Fred (Seafin skipper) even ventured past Buckler’s Hard as far as the old Brick Works as well as taking us up the Medina as far as Island Harbour Marina. The on-board service for drinks and food was excellent; the whole operation was relaxed and friendly, but also professional and efficient.

We left Port Hamble Marina at around 10am for the Beaulieu River passing close by Calshot Tower where they dipped the flags! After an hour ashore at Buckler’s Hard we went a little way further up the river, then headed back to the Solent. With the ebb flowing strong, Seafin did a “ferry glide” to Cowes and went up the Medina River as far as Island Harbour Marina before returning to Hamble via the North Channel.

I’ve selected from the original photo albums as taken by some of my friends to create an album showing the what happened on the day and a second album of photos featuring the participants! 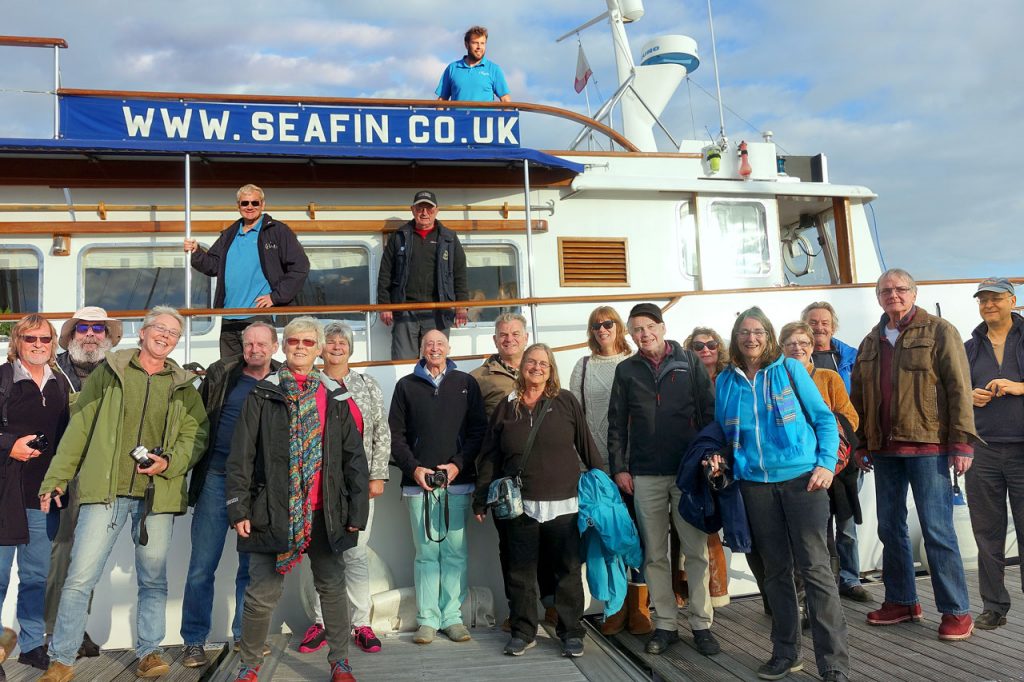