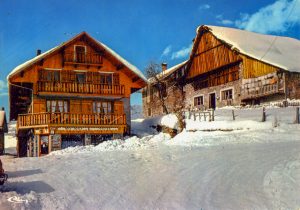 Having lived in France, Nicky had French friends who lived in Paris and had access to a chalet in the little village of Albiez-le-Vieux. When they invited us to go skiing we took lessons on a large artificial ski slope in Aldershot that was used by the British Army for training. That paid off since when we got on the snow we were not entirely useless! I also found that my surfing experience helped in learning to ski.

To get to Albiez involved a train from Paris to Grenoble that was full of French people with their skis. It was then a bus trip to Albiez. I remember the bus slowing up when passing an animal killed on the road, probably to determine whether it was fit to cook! 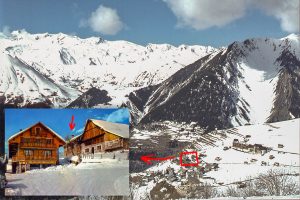 Position of the chalet in the village

We rented boots and skis from the sports shop in the village. Next door to the chalet was a traditional French farm where the water supply was a stream running into the house, and the animals were kept below the living area. We used to see the Farmer’s young boys go flying past us on the ski slope!

There was one ski lift with a cafe at the lower end where we would have lunch. Our friends brought the rubbish from the chalet and put it in the bins at the cafe which resulted in a huge argument with the proprietress. In England one would not have dared to return to the cafe, but in France, argument over, all carried on as before! 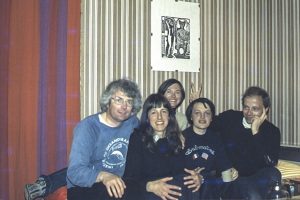 On one occasion we drove to another ski area and went on a “black” slope. It was very steep and icy and going down it was, for me, just a case of survival rather than enjoyment.

I thought we went to Albiez twice but there only seem to be photos from the one trip, so perhaps I’m wrong. 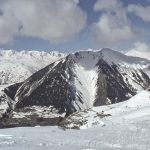 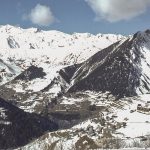 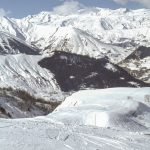 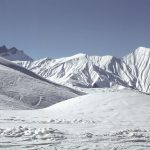 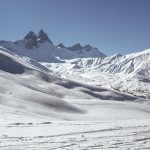 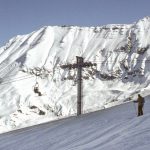 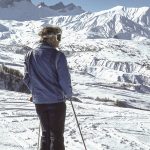 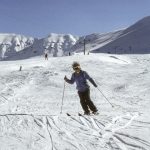 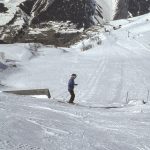 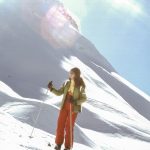 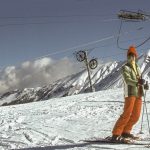 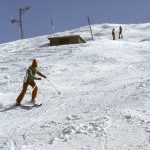 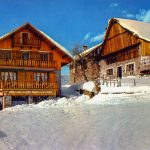 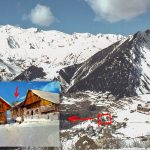 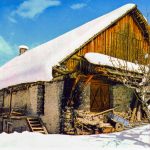 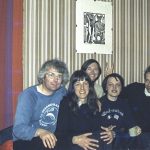 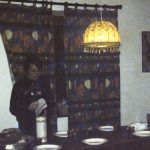 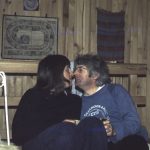 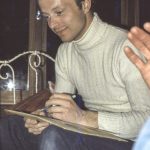 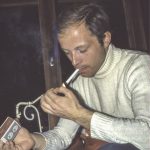