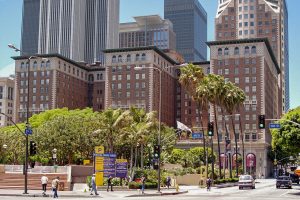 By chance I visited the Los Angeles area twice in 1980. In January, the American Meteorological Society’s Third Conference on Ocean-Atmosphere Interaction was held during the 60th AMS Annual Meeting at the Biltmore Hotel. Dating from 1923 the Biltmore is situated on Pershing Square in downtown LA.

The main public areas feature amazing plaster and wood-beamed ceilings, and classically inspired frescoes and murals. in the 1920’s the hotel was  home to the Oscars Ceremony (Wikipedia). 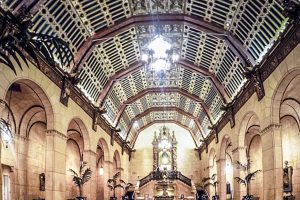 Ceiling Of The Hotel Lobby (adapted from the Web)

It seemed odd listening to scientific speakers presenting their papers whilst standing in front of curtains depicting satyrs chasing scantily clad women with assorted, very chubby cupids looking on. It seemed even stranger presenting one’s own paper in front of such scenes.

In 1980 the Biltmore room corridors and the bedrooms were decorated with relatively avant garde modern art but looking on the hotel web site now the rooms appear more up-market but much more traditional hotel “art” in taste, if so it is a pity. 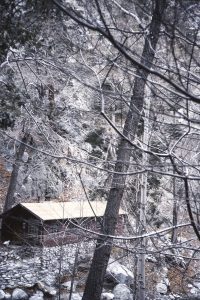 The cabin in the hills

In association with the meeting I must have visited my friend Ann and her family in Claremont. From the dates on photos it was on that visit that I met one of their friends living in a cabin in the hills. I remember a stone being turned to expose a whole mass of hibernating ladybirds (ladybugs in North America). [private photos]

Unfortunately the few photos I have from the trip are rather strange… like you went all the way to LA and that’s what you photographed! The are mainly the flight over and from the LA Central Library area just behind the Biltmore Hotel. 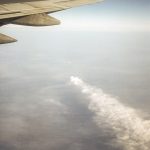 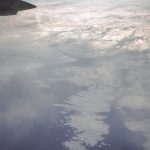 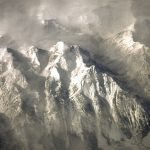 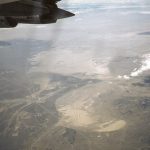 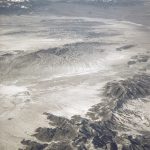 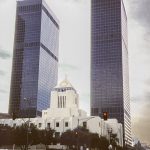 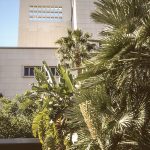 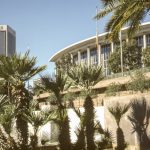 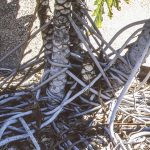 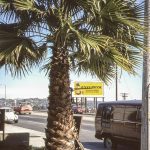