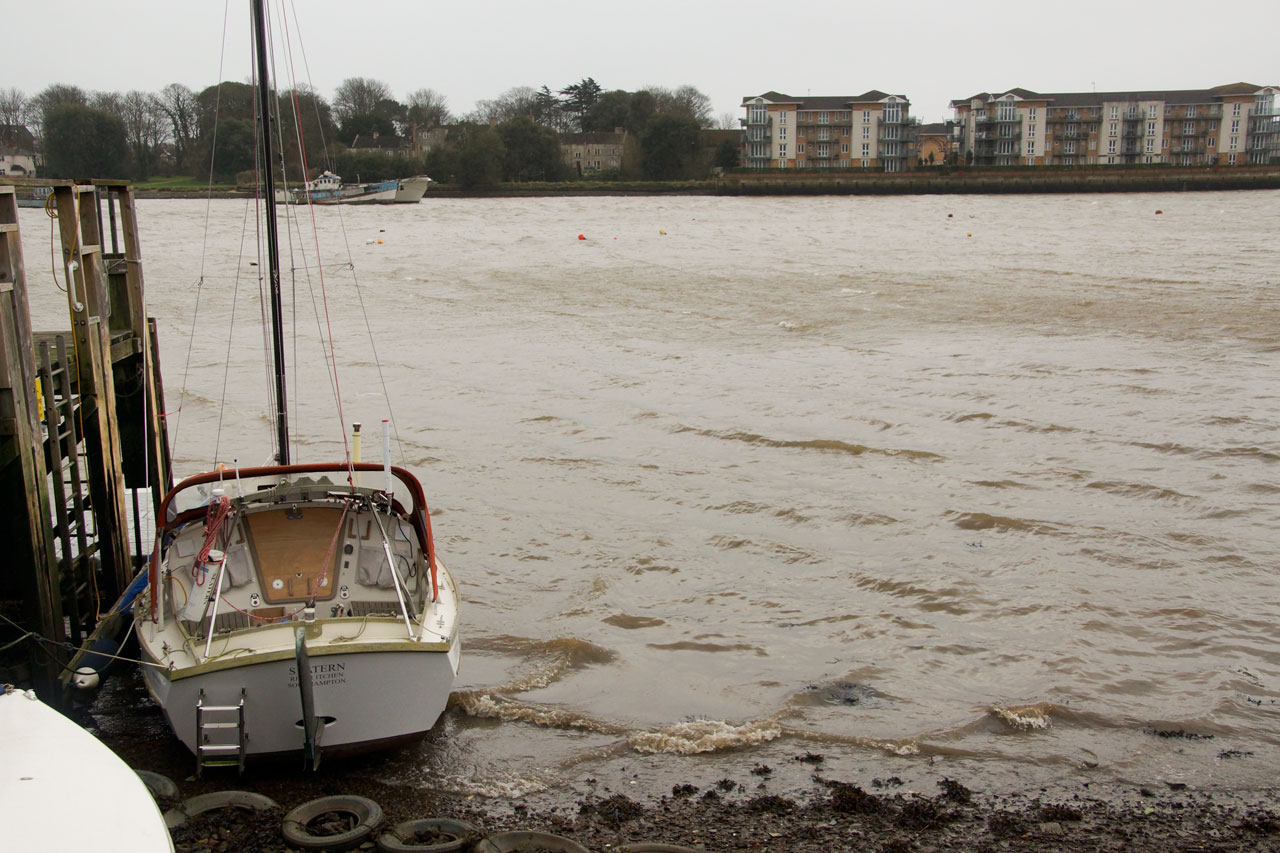 Earlier this month, on the evening of the 5th,

peak gusts at the jetty reached 50 kts. I checked the mooring lines during the evening for wear but they seemed OK. However at some point the rubber compensator on the bow line must have decided “enough” and parted! The weather chart for Monday, 8th February, looked even worse and the shipping forecast had force 10 for Wight.

I wondered about lowering the mast to decrease the windage on Seatern. The problem is to lower the mast I have to lower the spray hood. But that is hard to secure well ion the port side due to the mooring line to the fender board. However if I remove the spray hood there is a chance water will blow in through the front edge of the hatch, as it did when I was towing Seatern back from West Wales. Not much but enough to dampen the seat cushions. I also need to lash the mast down at the boom gallows and make sure none of the shrouds and halyards can catch on anything. Finally I decided to leave the spray hood up and the mast raised since then everything is well secured. 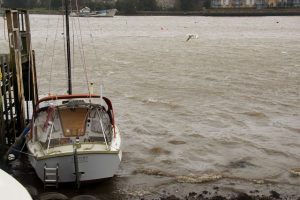 As it was, I needn’t have worried. The peak winds didn’t come through until the afternoon when the tide was receding. Gusts only reached around 40 kts. Apparently there were some big waves along the Channel coast due to the long fetch (much of the Atlantic). They measured nearly 100mph at the Needles but who knows where that anemometer is sighted! Usually the biggest gust is at St Catherines Point, which must also be suspicious with regard to accuracy!

Nevertheless the winds were enough to damage a chimney at a friends’ house at Bitterne Triangle. It had to be brought down by the fire brigade causing the Triangle to be closed at rush hour.