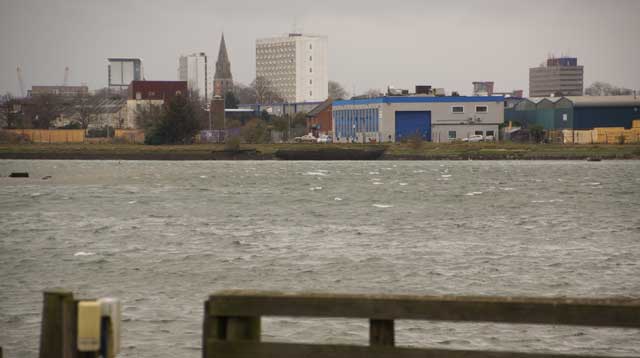 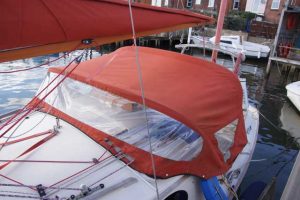 The dry weather has been continuing at last but the temperatures have been still cool – single figures. Rather than sailing I’ve spent time getting Seatern looking more respectable. The boom gallows and the mast-foot teak pad were still looking greenish since I’d missed doing them with the rest of the teak. So I put Boracol on them. I also cleaned the sprayhood using Starbrite Sail and Canvas cleaner. It was also looking somewhat green. I was going to take it off but decided it was easier with in situ. Mostly it has come up well but the side facing the jetty needs another go – I need to move Seatern out from the jetty a bit to get at it.

I topped up the petrol tank of the outboard “Dai” with newly bought fuel – hopefully to counter any “going off” over the last few months. It had been about 2/3 full. Dai started OK so hopefully the fuel will be OK.

Finally, I spent one day cleaning out the sink drain pipe which had been running sluggishly and then had blocked altogether. Because the self draining sink is a “Seatern special” and drains into the centreboard case, Matt had not been able to provide much of a drop over the pipe length. It lasted 2 years without blocking and I use it often at breakfast time as well as when sailing, so it has not done too badly. I also tested, and had to un-jamb, the centreboard which must have had some mud in it. It had looked dirty when I had the case top off when I was doing the sink.

By the end of the period we are back to low pressure and freshening winds again. It’s also Easter, the 25th was Good Friday, and the top photo was on the 26th. I’m at Calshot Tower on the 27th and 28th – Easter Sunday and Monday.