27th May: No Man’s Land with Hovercraft! 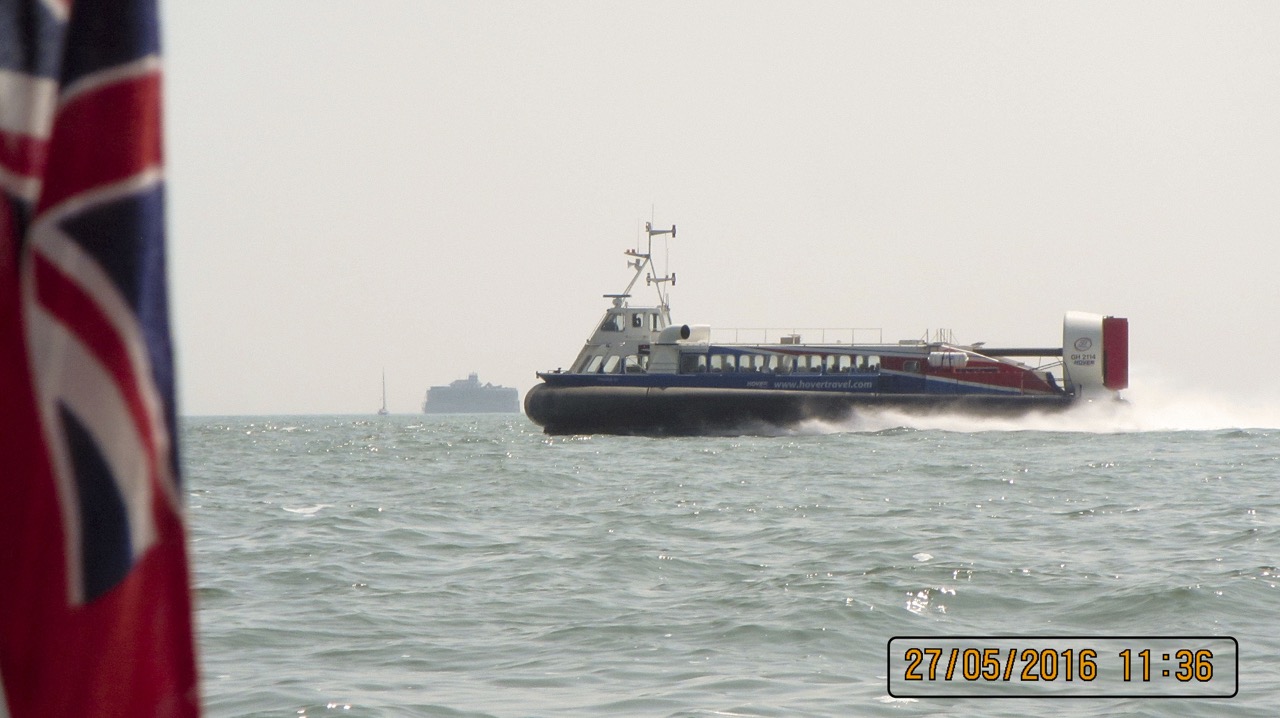 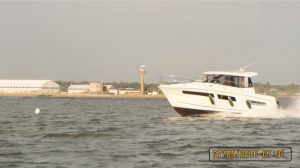 Up at 0330 and left at 0500. The light wind was picking up when I got to Southampton Water so I raised sails before having breakfast. Then (0620) went to empty the ballast tanks but the pump fused; I found the submersible pump in the locker, but at the same time the wind started to increase rapidly.
Indeed, by 0650 I was wondering about reefing, but decided to furl the mizzen first to cut down on the weather helm. After a cloudy dawn the sun was now burning through. My only company on the water had been shipping but by 0700 off Calshot I was passed by motor cruisers coming out of the Hamble. 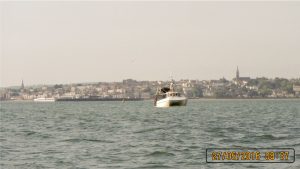 With a roughly easterly wind it was a port tack beat towards Ryde. At about 0620 I could see the two hovercraft ferries in the distance while a third hovercraft, draped with a union flag, seemed to be on trial. it did a U turn around me and headed off east. I put in the first tack of the day (!) to avoid a fishing vessel.
By 0900 at Ryde Sands I managed to pinch up to get round them without tacking.

It really is spectacular being in deep water while not many metres away the seagulls are paddling! With wind over sea plus the diffraction effects, the waves were confused – more bow on when on port but more beam on when on starboard resulting in Seatern pointing less well on that tack. I bruised my thighs sitting on the cockpit combing while squeezing around Ryde sands! 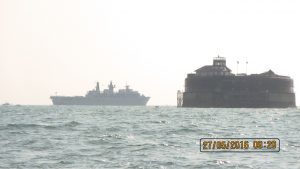 The water is quite shallow between the Debnigo Bank and No Man’s Land Fort and, being not long after low tide, I put in a second tack there to be on the safe side. I was now off Seaview but the wind was dropping rapidly. Mindful of the forecast, at 1000 I decided to turn back while there still was some wind to drive me against the last of the eastward flood. However the wind went to practically nothing and my initial progress was due to the back eddy east of Ryde Sands and the Debnigo. 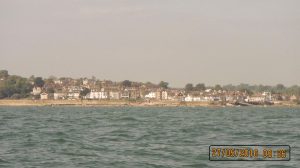 Hoisting the asymmetric went smoothly – always a surprise – but once in the adverse current off the Debnigo we were making no progress. Despite the lack of wind waves were breaking around the radar post and out to No Man’s Land Fort. Seatern was in danger of being swept in an accidental ferry glide toward the latter so I started Dai, who fired first pull.

I’ve ended up having to motor back from No Man’s Land before, in particular the 23rd April last year. As before I wondered about going in towards Ryde both to sight see, and to avoid the current, but as before I decided to cross to the mainland side and motor along that shore. Approaching Gilkicker I got embroiled in yacht racing coupled with the ferries and Hovercraft and had to weave a bit before getting inshore of the traffic. I was now genuinely motor sailing (cone hoisted!) with the main adding to the speed from Dai. A couple of times I put Dai in neutral to see if there was enough power from the wind, but progress against the current would have been very slow. 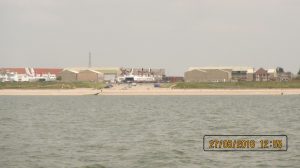 Having come in close to Browndown Point I did a radio check with Lee NCI using my mobile VHF. I was now passing the shore I’d walked along during the winter from Lee to Titchfield Haven, the “House (red roof conspic)” and Solent Breezes caravan park.
Off Calshot the Jamie M (LO583) was fishing. Boats were coming out of the Hamble for the start of the Bank Holiday weekend and the “Leopard” and another super-yacht were setting sail out of Southampton. Seatern was back at the jetty at 1520 allowing a leisurely period of mooring up and putting to bed.