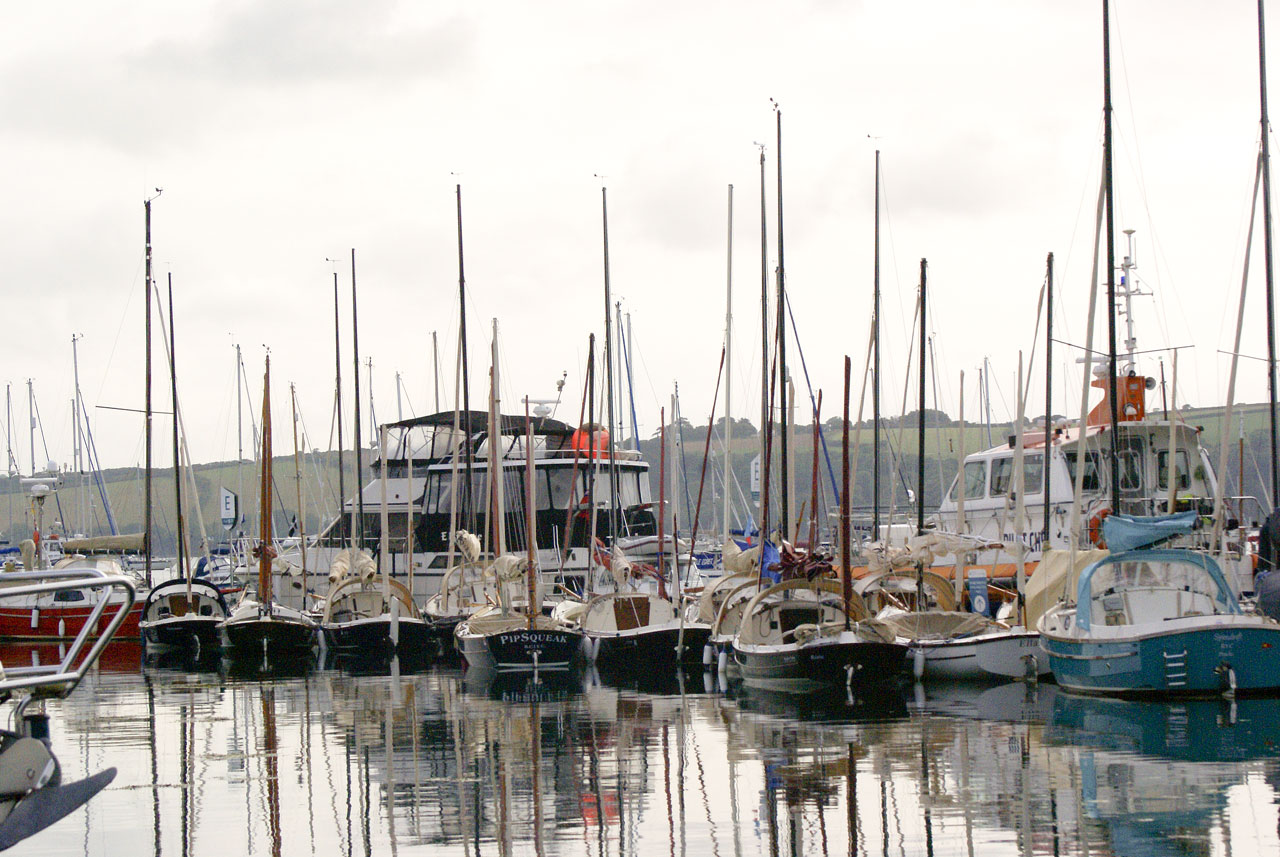 After trailing Seatern to west Wales last summer I had thought I might join this year’s Swallow Boats raid. However at the time I needed to book I was having various hospital appointments and that, coupled with the effort needed to trail Seatern down to Cornwall, put me off. Then when they were appealing for volunteers to man the ribs I thought that that might be an alternative way for me to get involved.

View from my Hotel room

I drove down on Monday stopping off at Lyme-Regis for breakfast on the quay. After meeting up with Helen, Chris, Matt, Nick, and others I went on to the hotel in the afternoon. Having decided to join the Raid late I had simply gone onto the web and booked the first Hotel that looked suitably situated and had a room. The reviews sounded OK but I had no idea just how good a hotel I had actually booked! My room had a bay window with a superb view over Falmouth Harbour. It was also a very good hotel with friendly, efficient staff; not like some UK hotels I’ve stayed in which are embarrassingly poor compared to hotels abroad. 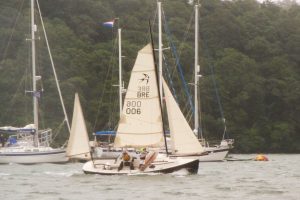 The weather forecast for the Tuesday was poor… a secondary frontal depression would bring rain and gales to the SW. I wondered if they would sail, but sail they did! After rain and winds in the morning the cold front brought sunshine at lunchtime… but of course that only meant even stronger winds in the cold sector. 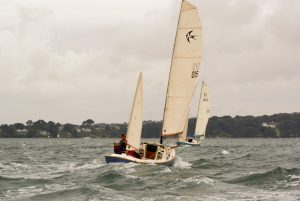 Judging by the spindrift being formed occasionally despite the very short fetch I would thing that the gusts were force 8 to 9. We had to tow various boats in and help with one capsize, but in general the fleet managed remarkably well.

Weather forecasts for the Wednesday were rather similar to the Tuesday with another secondary depression, however this time arriving earlier in the day and moving slower through the area. Chastised by the previous days experience, and some needing time for repairs, the mornings vote was not to sail but to reassess conditions at 1430. On a whim I drove to Newquay to try to find where I’d been living during the first four years of my life. 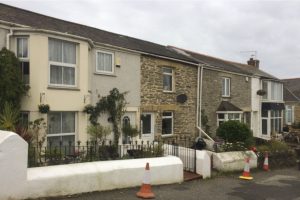 I’m pretty certain that we lived somewhere in the Chynance Drive area near to the Gannel River but I couldn’t recognise exactly where. However at the time I was born my parents were living in one of the Mount Wise Cottages, and they still exist. I couldn’t stay long in Newquay since I had to return for the afternoon when, with Falmouth remaining in the warm sector this time, a “race round the buoys” was organised. The wind had gone done a bit but it was still blowing at times. 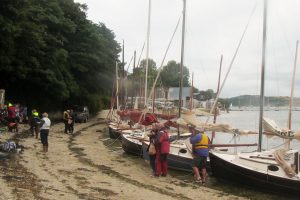 The last day, Thursday, brought better weather and a race via Saint Mawes to St Just for lunch. The weather closed in in the afternoon but it was still possible to have cream tea at the Pandora Inn out on the pontoons.

So would I bring Seatern next year? I don’t know. Looking at the photos I took I realise how little of the scenery I actually saw during the Raid. Most of the time on the rib I was watching (and photographing) the yachts. If I had been racing it would have been even worse. Of course, you can attend the Raid and not race… but I’m afraid my old dinghy racing instincts would be reawakened! On the other hand, I enjoyed being on the rib and I might well volunteer again if the opportunity arose. 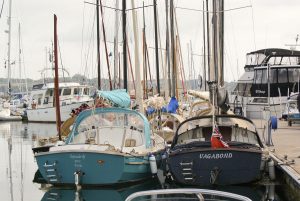