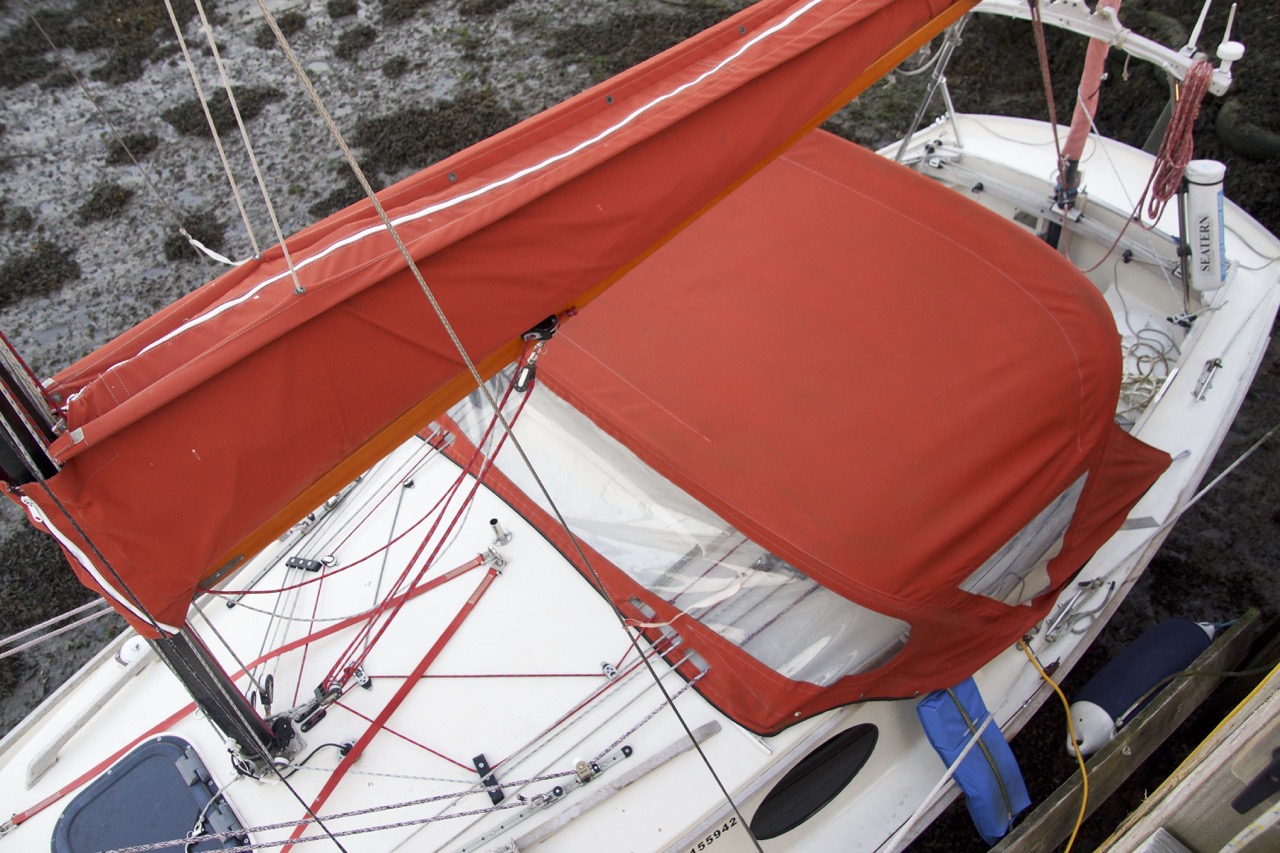 I took advantage of the hot and sticky weather to do some wet tasks! I spent much of the Tuesday in the water cleaning down the underside of the hull with the “Scrubbis” device. The latter was a ridiculously expensive, spur of the moment, purchase some time ago. However it seemed to work well with the buoyancy of the head forcing it against the hull. Just how long the head will last remains to be seen.

Another wet task was cleaning the sprayhood. When I did it in March I left it on Seatern and the side near the jetty didn’t get cleaned properly. This time I took it off Seatern (which meant unthreading all the halyards etc. where they are led back to the cockpit) and scrubbed it down on the jetty staging. It came a lot cleaner – although you can vaguely see the places where the gaps between the staging boards meant it wasn’t scrubbed so well!

I’ve been having problems with the Ballast pump fusing when I start it up – the transient current blows the 25A fuse. I recently removed the pump and opened up the impeller chamber to lubricate the impeller with glycerine. This made me decide to fit an inline filter, which I’ve now done. I couldn’t find one with suitably large connections, however the filter only forms a brief obstruction so I’m hoping the effect of flow rates will not be too great.

Finally, last time I was sailing I had trouble cleating the clew lines when I was reefing. I had already changed the plastic tack line clam-cleats for metal ones in cages mounted on wedges to put them at a better angle to the mast. Now I have done the same for the clew lines as I had done for the tack lines. 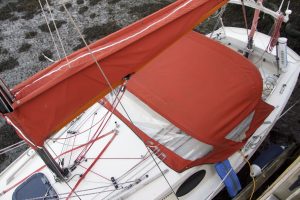 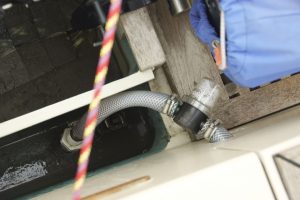 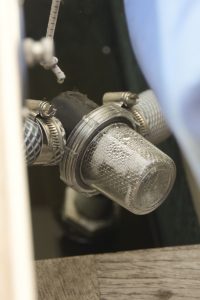 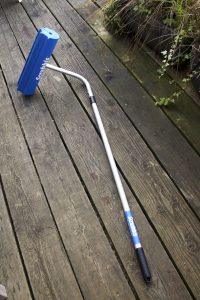 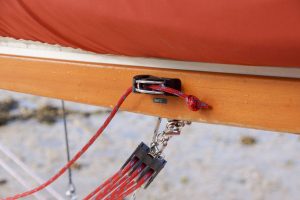 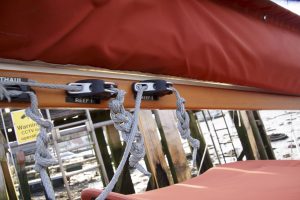